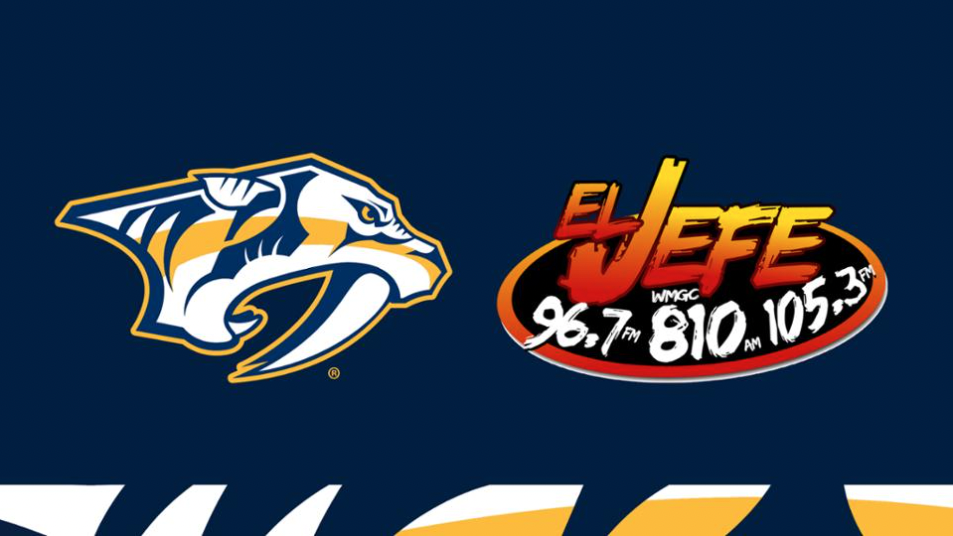 The Nashville Predators have announced that their Spanish-speaking broadcast partner, El Jefe, will carry all four preseason and all 82 regular-season games for the 2022-23 season.

“We are excited to partner with El Jefe radio for a second season of Predators hockey, allowing us the opportunity to grow our fanbase in the expanding Latin American market around Nashville,” says Nashville Predators Senior Director of Broadcasting Bob Kohl. “El Jefe will help fuel this growth even further by taking their regular-season coverage from eight games last year to all 82 this season, and we couldn’t be happier.”

Last year marked the first time in franchise history that Preds games were broadcast on a foreign language station locally. Preds games on El Jefe, called by Alexis Martines, Manfred Villalobos and Nayele Alamilla, are carried on 96.7 FM, 105.3 FM and 810 AM.

“We feel excited, humbled and so grateful for the opportunity to partner with the world-class Predators organization again this year,” says El Jefe General Manager Wendy Silva. “Our team is super ready to broadcast all of the play-by-play, puck drops and goals for home and away games to our El Jefe radio listening communities.”

El Jefe has served all of Nashville and parts of Alabama, Georgia and Kentucky for nearly 30 years and is Middle Tennessee’s only Spanish-speaking radio outlet with simulcast coverage. El Jefe covers several of the biggest events in Middle Tennessee’s Hispanic community, including Hispanic Family Day, Fiestas Patrias, festivals, concerts and more.