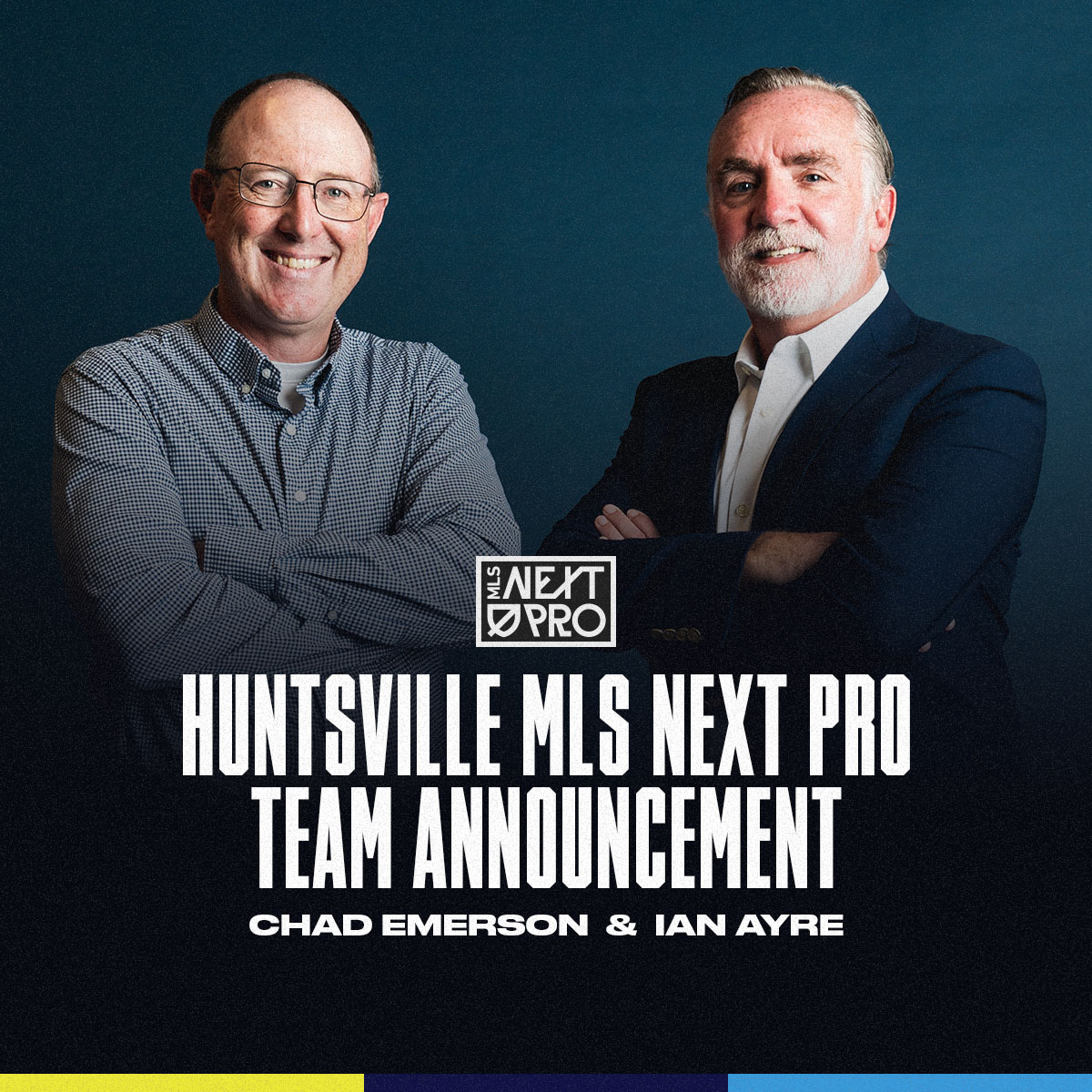 Nashville Soccer Club has announced that CEO Ian Ayre will serve as President and Chad Emerson as the Managing Director of Business Operations of the MLS NEXT Pro team in Huntsville, Alabama.

“Hiring Ian to be the CEO of Nashville SC was the best decision I have made as owner of the organization,” says Nashville SC owner John Ingram. “Naming Ian President of the Huntsville MLS NEXT Pro team signals our commitment to making this project a tremendous success. Ian’s experience and understanding of what it takes to get a club up and running put us in an excellent position in Huntsville.”

Emerson is the former founding CEO of Downtown Huntsville, Inc. (DHI), a position he’s held since 2013. He has been the driving force behind transforming Huntsville’s downtown into a thriving cultural and commercial center. Under his leadership, DHI has won several awards, including multiple International Downtown Association awards for placemaking and unique downtown projects, and the city’s recent ranking as the No. 1 city in America to live by U.S. News & World Report. Prior to his role at DHI, Emerson served as the Director of City Development for Montgomery, Alabama, as well as a consultant to more than 30 different cities on downtown and urban redevelopment strategies.

“I am pleased to have found somebody with Chad’s local experience to lead our business efforts for our NEXT Pro team,” says Ayre. “As we saw during the building of Nashville Soccer Club, having key people who know and understand the local market are crucial in shaping the club and the business to fit with the city.  I feel confident that Chad and the team we assemble can build something unique and fitting for the City of Huntsville.”

“The Huntsville success story is built on a great quality of life and incredible collaboration,” adds Emerson. “Thanks to the vision and leadership of the City of Huntsville and Nashville SC, we’re excited to bring MLS NEXT Pro to Huntsville as a new quality of life amenity and a fantastic opportunity to collaborate with our North Alabama communities.”

Ayre, who has held the role of Nashville SC CEO since 2018, has been an integral piece to the club’s success in its first three seasons as an expansion side. The former CEO of Liverpool Football Club and English Premier League CEO of the Year has helped Nashville SC reach the Audi MLS Cup Playoffs in every season and achieve a top-five average attendance among all MLS teams in its first year at GEODIS Park, the largest soccer-specific stadium in the U.S. and Canada.

MLS NEXT Pro completes the integrated player pathway from MLS NEXT through to MLS first teams and allows young players and experienced professionals the opportunity to develop and showcase their talents while competing for an MLS NEXT Pro championship. Huntsville MLS NEXT Pro will bring professional soccer closer to fans and supporters in North Alabama, and the team will make Joe Davis Stadium its home following completed renovations in May 2023.