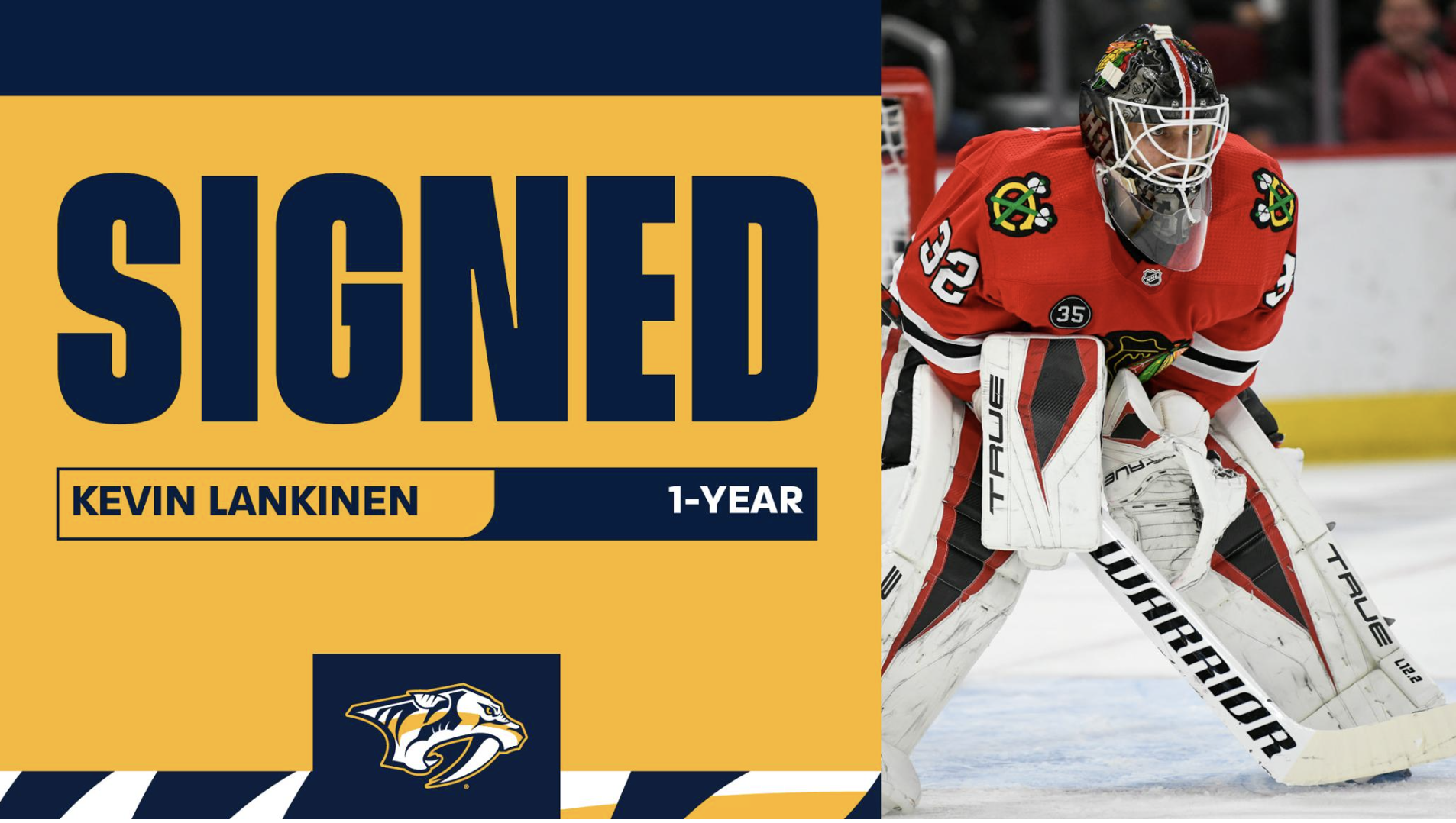 The Nashville Predators have made a string of free agency signings, bulking up their roster after re-signing Filip Forsberg to a max contract.

These signings including re-signing Cole Smith, as well as signing Mark Jankowski to a one-year deal, defenseman Roland McKeown to a two-year deal and adding goaltender Kevin Lankinen to a one-year, $1.5 million contract.