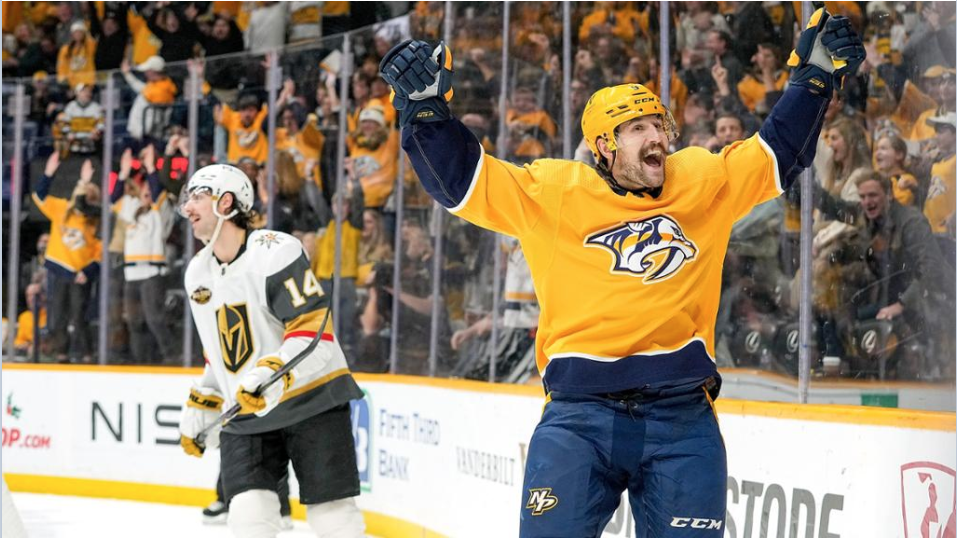 It’s official. After much anticipation and rumors, the Nashville Predators have inked Filip Forsberg to a new eight-year, $68 million deal securing his future in Music City.

“We are very pleased to announce Filip’s signing today,” says Predators General Manager and President of Hockey Operations David Poile. “As one of the best offensive players in our history, we are thrilled to have Filip as a part of our team for the next eight seasons. His talent, competitiveness and leadership are critical to our future as we continue to strive for our goal of winning a Stanley Cup.” He continues, “We believe that Filip, like Pekka Rinne before him, and like our captain Roman Josi is doing now, will write a legacy with the Predators that fans will remember forever. Additionally, we’d like to wish Filip and his fiancée Erin all the best as they get married later this month. We appreciate having them both in our Smashville family for the next eight years.”

Forsberg is the franchise’s all-time leading goal scorer with 220. This new deal will keep him in with the team through the 2029-30 season and carries an annual average value (AAV) of $8.5 million.

“I couldn’t be happier to spend the next eight years in the same city I’ve called home since my NHL career began,” Forsberg shares. “My fiancée Erin and I love Nashville, but we also strongly believe in the future of our team and know we can accomplish big things moving forward.” He adds, “I’d like to thank the Predators organization and David Poile for helping us get this deal done. Now, it’s time to work toward our ultimate goal of bringing a Stanley Cup home to Nashville and the best fans in sports.”

The Swedish native was originally drafted by the Washington Capitals in the first round (11th overall) of the 2012 NHL Draft. He has played all of his 566 career NHL games with the Predators after being acquired from the Capitals on April 3, 2013. The 27-year-old also ranks among the franchise’s all-time leaders with 41 game-winning goals (tied for first); 58 power-play goals (second); 469 points (fourth); and 249 assists (fifth).

Forsberg appears at the top of the Predators’ record books in several other categories, including hat tricks (7), 20-goal seasons (7), multi-goal games (32), three-point games (30) and consecutive games played, a 283-game run that spanned parts of four seasons from 2014-17.

Since making his NHL debut on April 14, 2013, he has represented Nashville in the 2015 NHL All-Star Game, earned a spot on the 2015 NHL All-Rookie Team and has been named one of the NHL’s Three Stars of the Month twice. Forsberg was the first player in Predators history to record consecutive 30-goal campaigns in 2015-16 and 2016-17, and this season, he became the first Nashville player to record multiple five-point games in his career.

He posted the best statistical season of his eight-year NHL career in 2021-22, establishing career highs in goals (42), assists (42) and points (84) in 69 games. In addition to finishing second on the Predators and tied for ninth in the NHL in goals, Forsberg also tallied his 211th career goal on March 19 against Toronto to pass David Legwand for the most in franchise history.

Forsberg also owns multiple team Stanley Cup Playoff records, including most goals with 29 and points with 53.