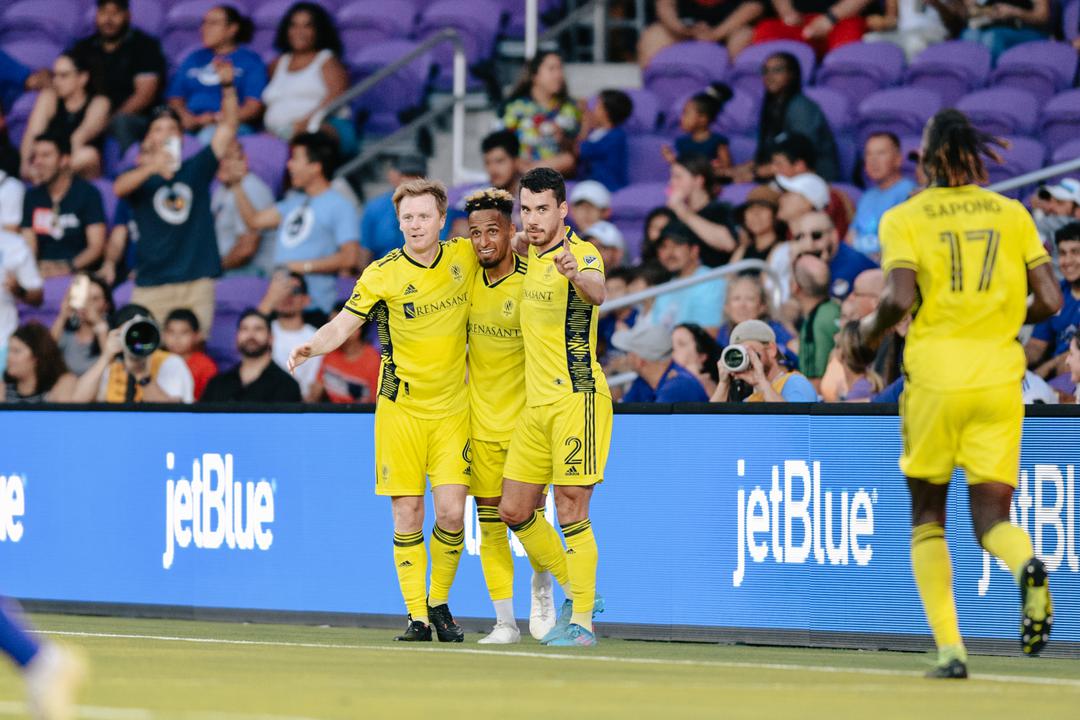 After a great run in the Lamar Hunt U.S. Open Cup, Nashville SC’s journey has ended after falling to Orlando City in a penalty shootout in the tournament’s quarterfinals.

MLS Player of the Week Hany Mukhtar put the Boys in Gold up 1-0 in the 52nd minute, but a late and controversial call set up a free-kick for Orlando where they equalized 1-1 at the 90+4 minute. Nashville would go on to lose 6-5 in penalties as Alex Muyl and Eric Miller both missed their shots.

“I couldn’t be more proud of this group, honestly,” said head coach Gary Smith in a postgame press conference. “I thought that in the opening exchanges and the first half, in general, we created enough moments and enough opportunities, and we played with some real drive. The guys really got after the game and to be honest, looking back now, we probably missed the boat a little bit.”

Elliot Panicco was in the net for Nashville and made some fantastic plays and great saves, but conceded the late goal off of a misread where he came out of his line and left the net wide open for Orlando to score.

“Elliott had been absolutely magnificent all night. We got caught up in a difficult challenge inside on the edge of the six-yard box from the free kick and  of course, it rebounds, they get their fortune and we end up going to penalties,” Smith added.

One of the biggest discussions after the game was the officiating.

Nashville received an unprecedented 11 yellow cards and Sean Davis received a red card after getting his second yellow in the first minute of extra time. Nashville was then forced to play with only 10 men in extra time.

The Boys in Gold were never able to create a clear scoring opportunity in extra time. Panicco and even coach Smith received yellow cards throughout the match.

Because the U.S. Open Cup doesn’t have Video Assistant Referee (VAR), it leaves all calls up to the lead referee on the field regardless of how detrimental a call may be.

“They played very, very well in a tough environment and we were let down a little bit by the officials in a situation where we needed someone to be strong,” Smith noted. “We needed somebody in the middle tonight in a tough game against a side that are not the easiest to contend with. Unfortunately, I felt [the officials] fell short.”

Next up for NSC, they will be heading back home to play Portland on Sunday, July 3 at 7:30 p.m. CT. A win against Portland could put the Boys in Gold in second place in the Western Conference.