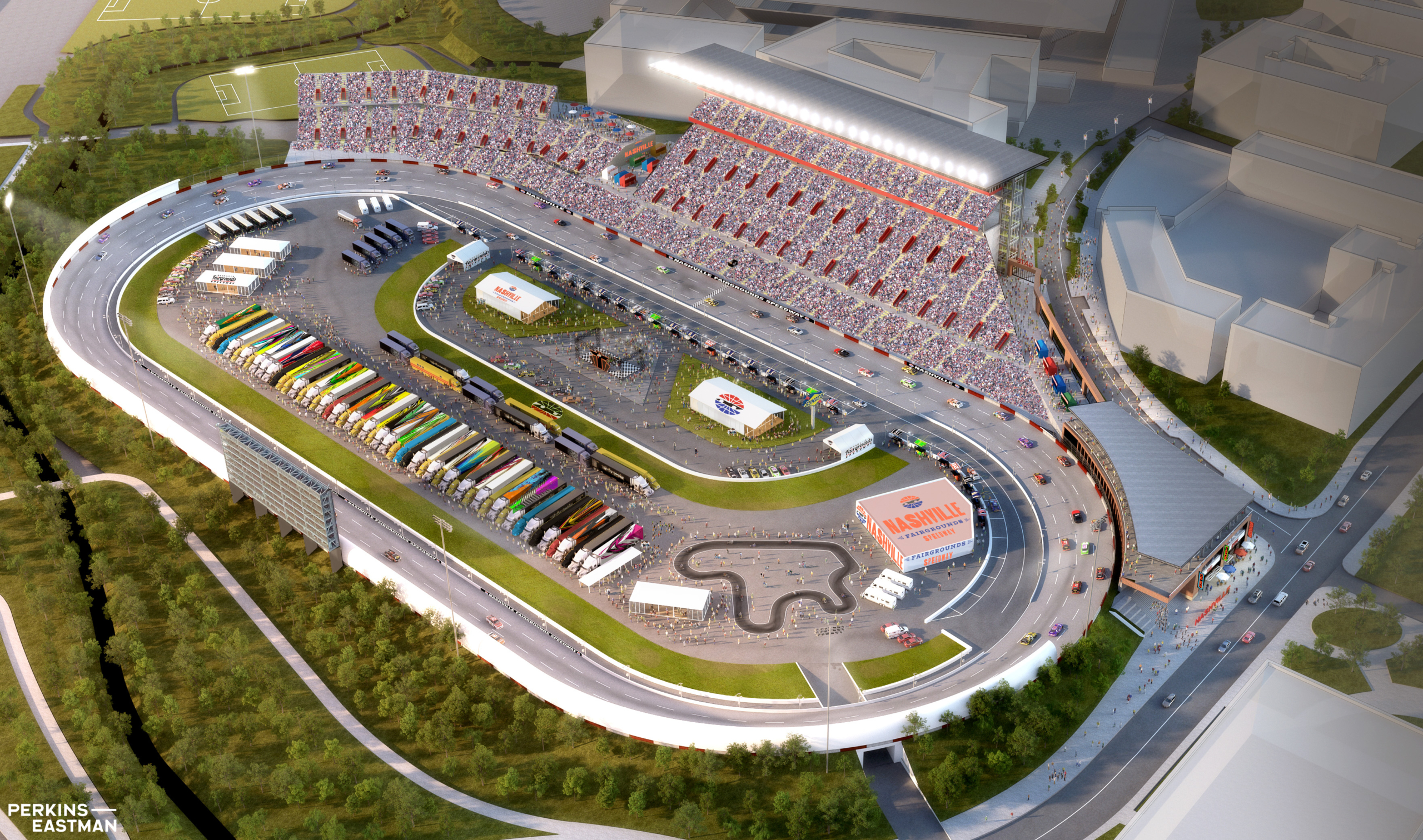 Nashville Mayor John Cooper and Bristol Motor Speedway have agreed to a principle deal to renovate the Nashville Fairgrounds Speedway in hopes to bring NASCAR Cup Series racing back to the historic track.

“This partnership creates an economically viable future for our historic track, spurs hundreds of millions of dollars in economic activity, and completes the last unrenovated part of the Nashville Fairgrounds at no cost to the Metro General Fund,” says Cooper.

This partnership with BMS will restore the second-oldest operating motor speedway in the United States to the national stage. The agreement will result in a modernized track that meets NASCAR series standards and transform the Fairgrounds Speedway into a multipurpose venue that can also host non-racing, revenue-generating events. 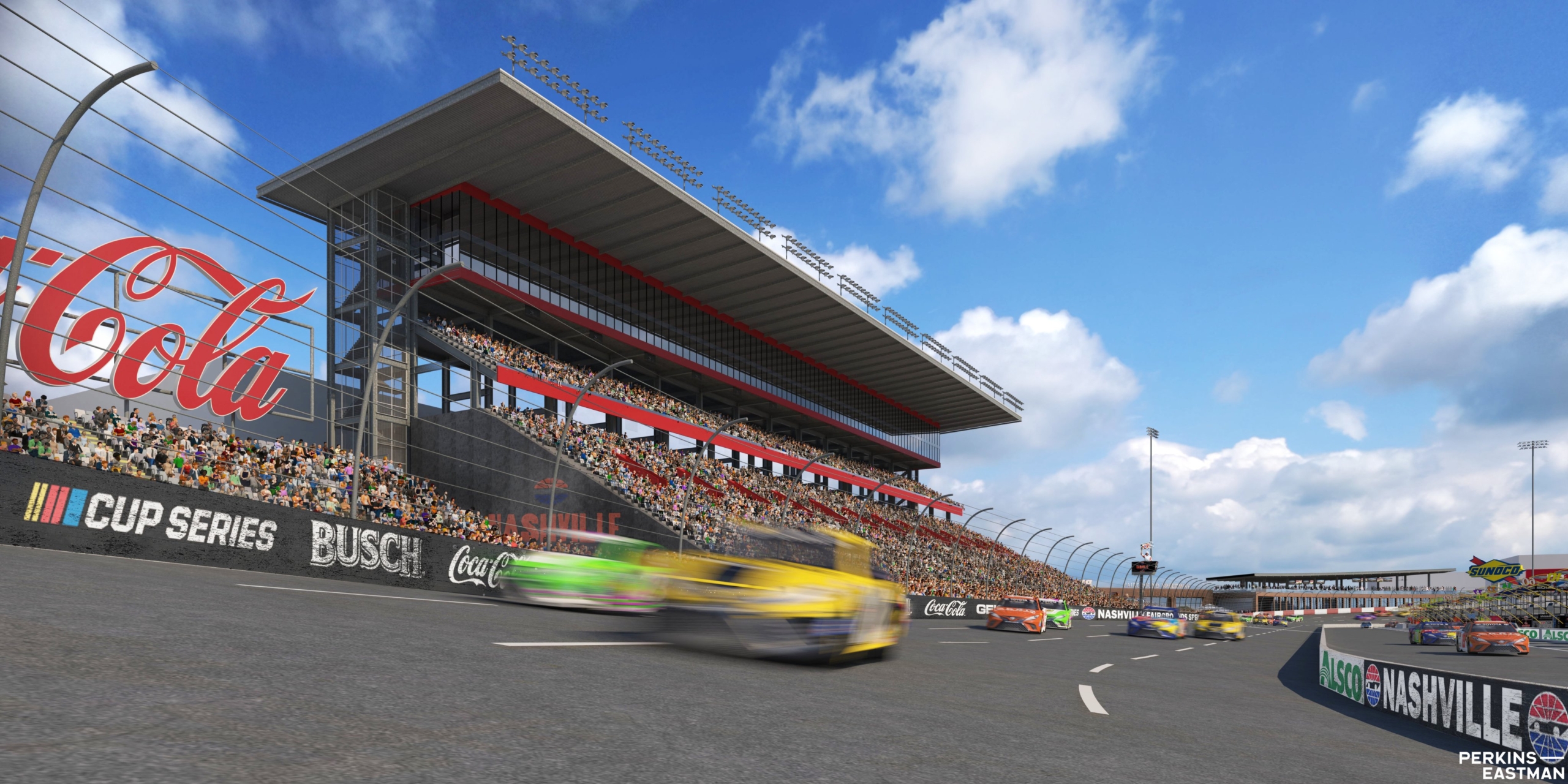 Mayor Cooper is working with Vice Mayor Jim Shulman to create a Fair Board that reflects the cultural diversity of both Fairgrounds visitors and Davidson County overall. If the deal is approved by the Fair Board, the proposal will be submitted to the Sports Authority and the Metropolitan Council with related legislation.

“In keeping with the national profile that Nashville Soccer Club is bringing to the Fairgrounds in 2022, this innovative partnership will bring our historic speedway back to life as a crown jewel in the world of motor sports,” says Cooper. “Having professional soccer and NASCAR side by side will make our Fairgrounds a family destination for Nashville’s future. I look forward to working with Bristol, the State of Tennessee, the Fair Board, the Sports Authority and the Council on this proposal.”

The fairgrounds has already seen major renovations and upgrades this past year with the construction of the Nashville Soccer Club Stadium, which will be the largest soccer specific stadium in the nation. The stadium is set to open in April, 2022 and sold almost 90% of its premium season tickets.

“We’re thrilled to have the opportunity to work with the mayor, government officials and Nashville community to breathe new life in the legendary Fairgrounds Speedway,” says Marcus Smith, president and CEO of Speedway Motorsports and BMS. “In addition to bringing major NASCAR series races back to the historic facility, we’ll create a calendar for local racing and special events that generates a positive economic impact for the region.”

NASCAR racing returned to Nashville in June of 2021 for the first time in nearly 30 years. The Nashville Superspeedway in Lebanon hosted a tripleheader weekend, including the sold out Cup Series Ally 400 race. Music City also welcomed IndyCar for the first time by hosting the inaugural Big Machine Music City Grand Prix in August.

“The historic Fairgrounds Speedway is one of Nashville’s unique entertainment assets and deserves an opportunity to rekindle its great reputation,” says Butch Spyridon, president and CEO of the Nashville Convention & Visitors Corp. “The relationship with BMS is an incredible opportunity to restore this track and bring top tier racing back to Nashville.”

Nashville Fairgrounds Speedway, which opened in 1904, is the second-oldest operating motor speedway in the United States and hosted an annual NASCAR Cup Series event from 1958-1984. It has a celebrated history, with past champions that include Dale Earnhardt, Richard Petty, and local drivers Darrell Waltrip and Sterling Marlin.