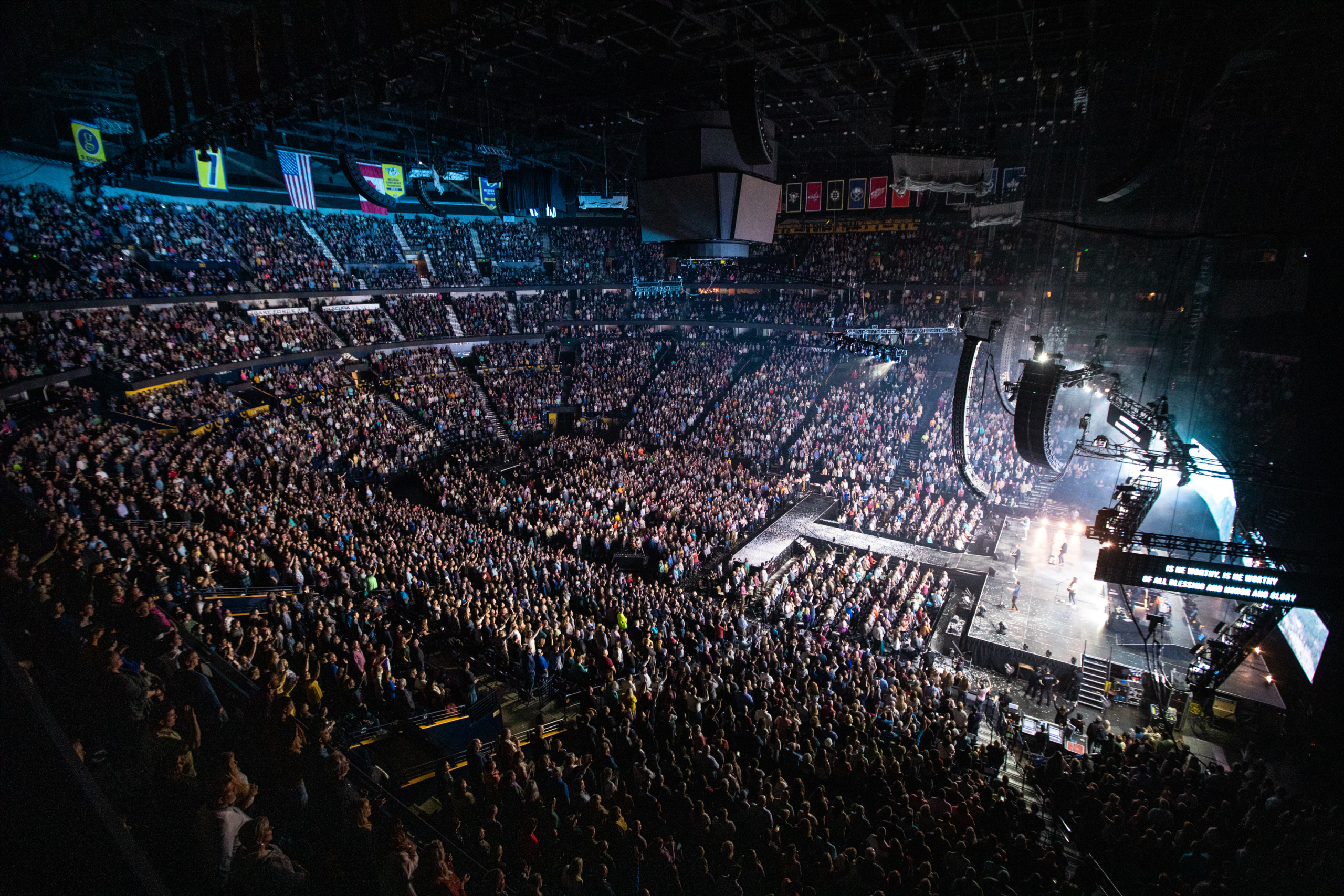 Nashville’s Bridgestone Arena has been nominated for Arena of the Decade by Pollstar Magazine.

As a one of the top destination for sports and entertainment fans of all kinds, Bridgestone Arena has been nominated for Pollstar’s Arena of the Year award 16 times, with 13 consecutive nominations from 2007 to 2019 and wins in 2014 and 2017.

Nashville Predators and Bridgestone Arena EVP of Entertainment & Venues David Kells was also named Pollstar’s Venue Executive of the Year in 2017, having been nominated on six prior occasions.

“Over the past 10 years and beyond, it has been truly remarkable to witness the positive impact that Bridgestone Arena’s growth and success have had on Downtown Nashville and the Middle Tennessee community,” says Kells. “Our organization is honored to receive Pollstar’s Arena of the Decade nomination, and we would not be in contention for this prestigious award without the endless support of millions of fans and the tireless efforts of countless artists, managers, agents, promoters, entertainment industry professionals, partners and local government officials among many others. As we reflect on a decade’s worth of amazing memories made at Bridgestone Arena, we also look forward to hosting sold-out crowds and events again very soon as a result of increasing COVID-19 vaccine distribution and continued adherence to all health and safety protocols.”

Bridgestone Arena has hosted events from the CMA Awards, the SEC Men’s Basketball Tournament, The 2016 NHL All-Star Game, the Stanley Cup Finals in 2017 as well as Professional Bull Riding and UFC. 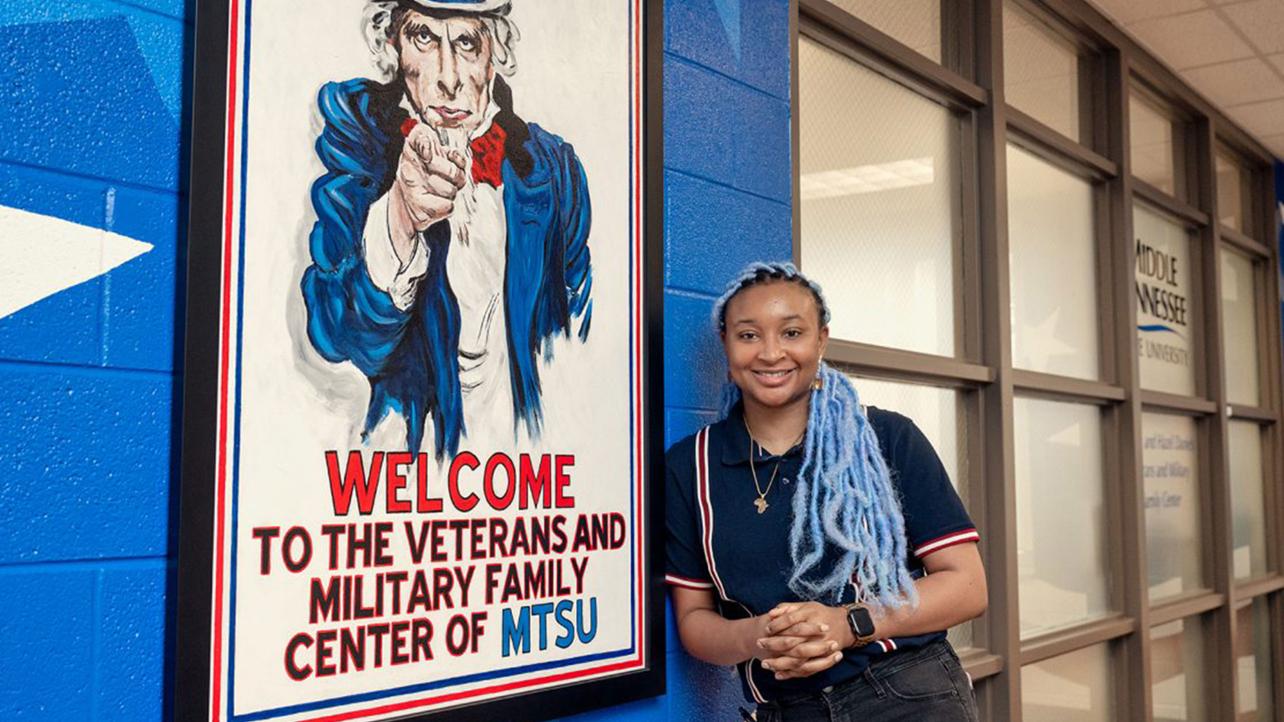 The Nashville Predators have announced that MTSU student Keyann Reaves is the first ever recipient of the General’s Fund.

MTSU, the Predators, and the late country singer Charlie Daniels joined to create the General’s Fund to help support veterans and their children pay for the expenses of college.

Reaves, a Jackson, Tennessee, native, who’s father served in the U.S. Navy, was awarded after not being able to register for classes last fall.

“My months ran out in October, and I didn’t know,” says Reaves. “I just thought my deferment was late. December comes, and I can’t register for classes because my bill is $3,000. I called everyone I can think of on campus.”

Luckily, one of those calls went to Daniels Center Director, Dr. Hilary Miller, who said Reaves was precisely the type of student for whom the fund was established to assist. The fund, is administered by MTSU’s Charlie and Hazel Daniels Veterans and Military Family Center. It also recognizes retired Army Lt. Gen. Keith Huber, who now serves as MTSU’s senior adviser for veterans and leadership initiatives.

“MTSU proudly serves more than 1,100 military-connected students, yet about 20 percent of them no longer have the educational benefits that were earned through service to our country,” says Predators President and CEO Sean Henry. “The General’s Fund will help fill that gap.”

The Money raised through the fund has bridged the financial gap for Reaves, allowing her to continue working on her master’s degree in Chemical Medicine this spring. 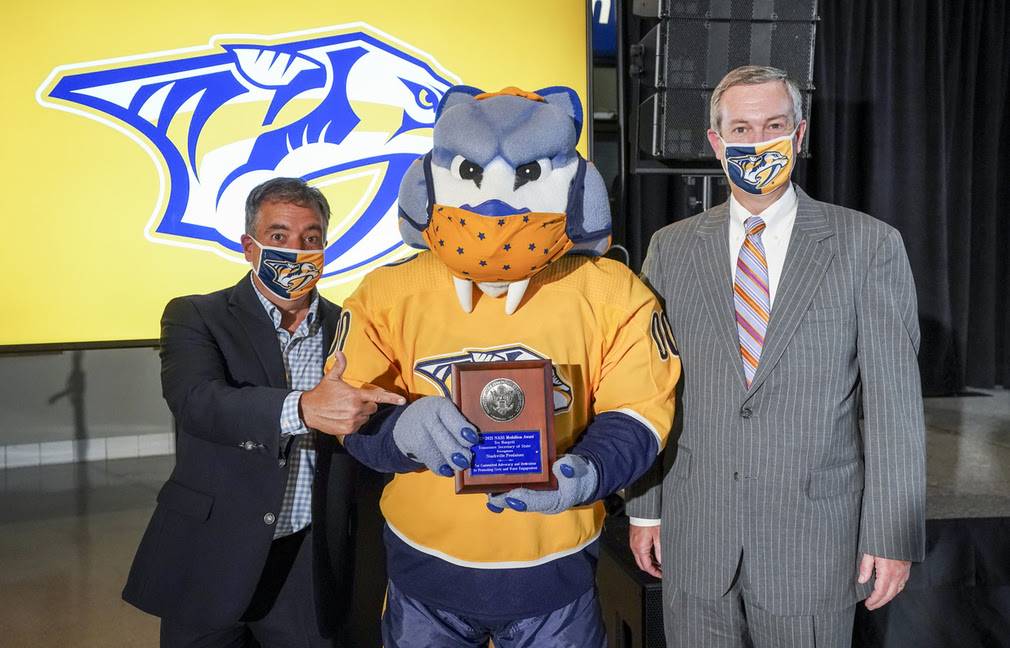 The Nashville Predators were presented with the National Association of Secretaries of State (NASS) Medallion Award for their advocacy and dedication to promoting civic and voter engagement through their partnership with the Your Vote Matters campaign.

“I’m honored to present the Nashville Predators organization with the NASS Medallion Award,” says Tennessee Secretary of State Tre Hargett. “More Tennesseans are registered to vote and ready to make their voice heard at the polls thanks to the Preds’ continued commitment to our Your Vote Matters campaign to increase civic engagement.”

The NASS Medallion Award recognizes outstanding service and dedication to furthering the mission of the National Association of Secretaries of State. Individual secretaries of state may present the award to honor individuals in their state who promote the goals of NASS in one or more of four areas: elections, civic education, service to state government or a commitment of giving.

“This award means more to our organization than I can express,” Predators President & CEO Sean Henry says. “There is nothing more important than having your voice heard. To receive [the NASS Award] for all of Smashville, not just our organization, but for all of our fans and our players that played a big part in getting the messaging out, it was really nice because there’s nothing more important to move this community forward than first, registering to vote and then, obviously participating in the vote.”

The Your Vote Matters campaign encourages all eligible Tennesseans to make their voices heard in 2020 by registering to vote and exercising their right during early voting or on Election Day.