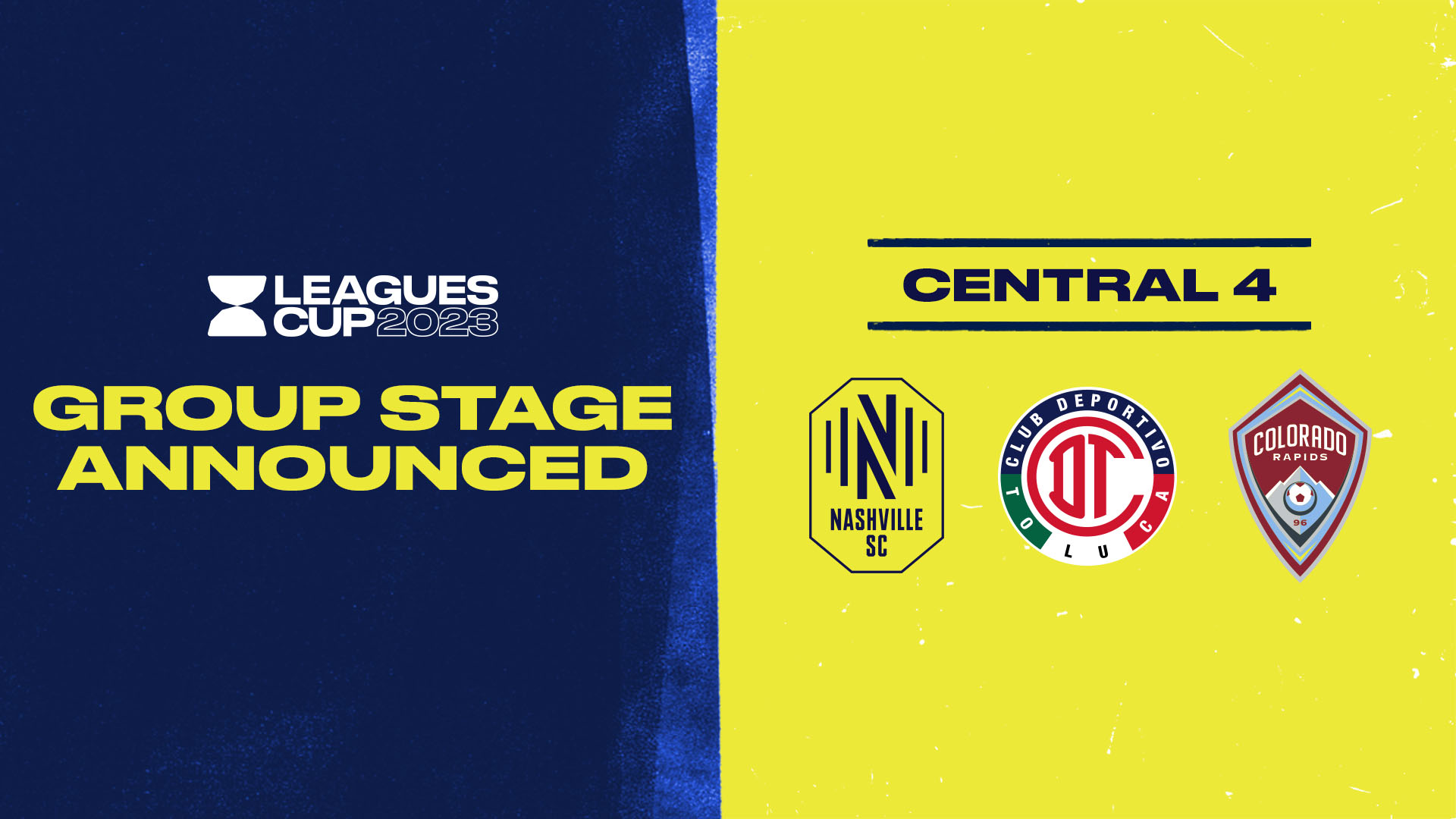 Nashville SC has been placed in the Central Region of the inaugural Leagues Cup 2023. The Boys in Gold will be in Group 4 alongside Toluca of LIGA MX and Colorado Rapids of MLS as the two organizations announced the 15 groups and four regions that will form the inaugural edition of the competition.

The official Concacaf competition will see all LIGA MX and MLS clubs pause their leagues’ action to compete in a World Cup-style tournament for the first time. Taking place between July 21-Aug. 19, the champion, second and third place finishers of Leagues Cup 2023 will qualify for the Concacaf Champions League.

The Leagues Cup 2023 groups were based on clubs’ 2022 performance, along with their geographic regions. Nashville SC finished eighth in the Supporters’ Shield Standings, which resulted in the corresponding Central Region placement first, alongside the other top 15 MLS clubs–excluding LAFC, the MLS Cup Champion.

The top 15 LIGA MX teams, based on the combined Clausura 2022 and Apertura 2022 standings–excluding the LIGA MX champion Fútbol Pachuca–were paired in reverse order with the top 15 MLS clubs (No. 15 LIGA MX seeded club has been paired with No. 1 MLS seeded club, and so on). 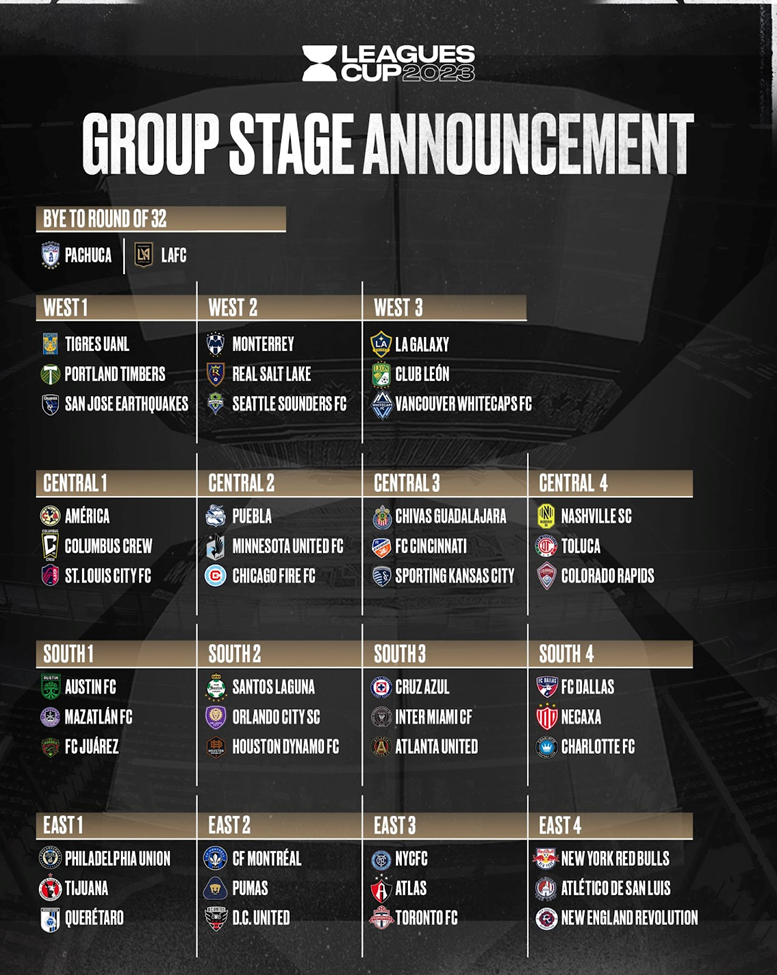 Continuing with the competitive balance criteria, the remaining 13 MLS clubs were placed in the groups based first on their geographic region, and then on their position in the final 2022 Supporters’ Shield standings.

Nashville SC and every other team will play two matches in the Group Stage, with the top two teams from each group, as determined by points, advancing to the Knockout Stage Round of 32.

No matches in the Leagues Cup Group Stage will end in a tie. If a match is tied after 90 minutes, it will proceed to a penalty shootout.

The Boys in Gold have faced Colorado twice in its MLS history, owning a 2W-0L-0D record in MLS play, while outscoring the Rapids 7-2. Reigning MLS MVP and Golden Boot winner Hany Mukhtar has accounted for five of those goals, including a hat trick performance at GEODIS Park on Aug. 31, 2022.

Meanwhile, Nashville SC will face LIGA MX side Toluca for the first time in club history. Last September, Nashville SC competed in its first-ever international competition against Club América of LIGA MX in the 2022 Leagues Cup Showcase Series earning a victory via penalty kicks (4-2) following a 3-3 draw in regulation time.