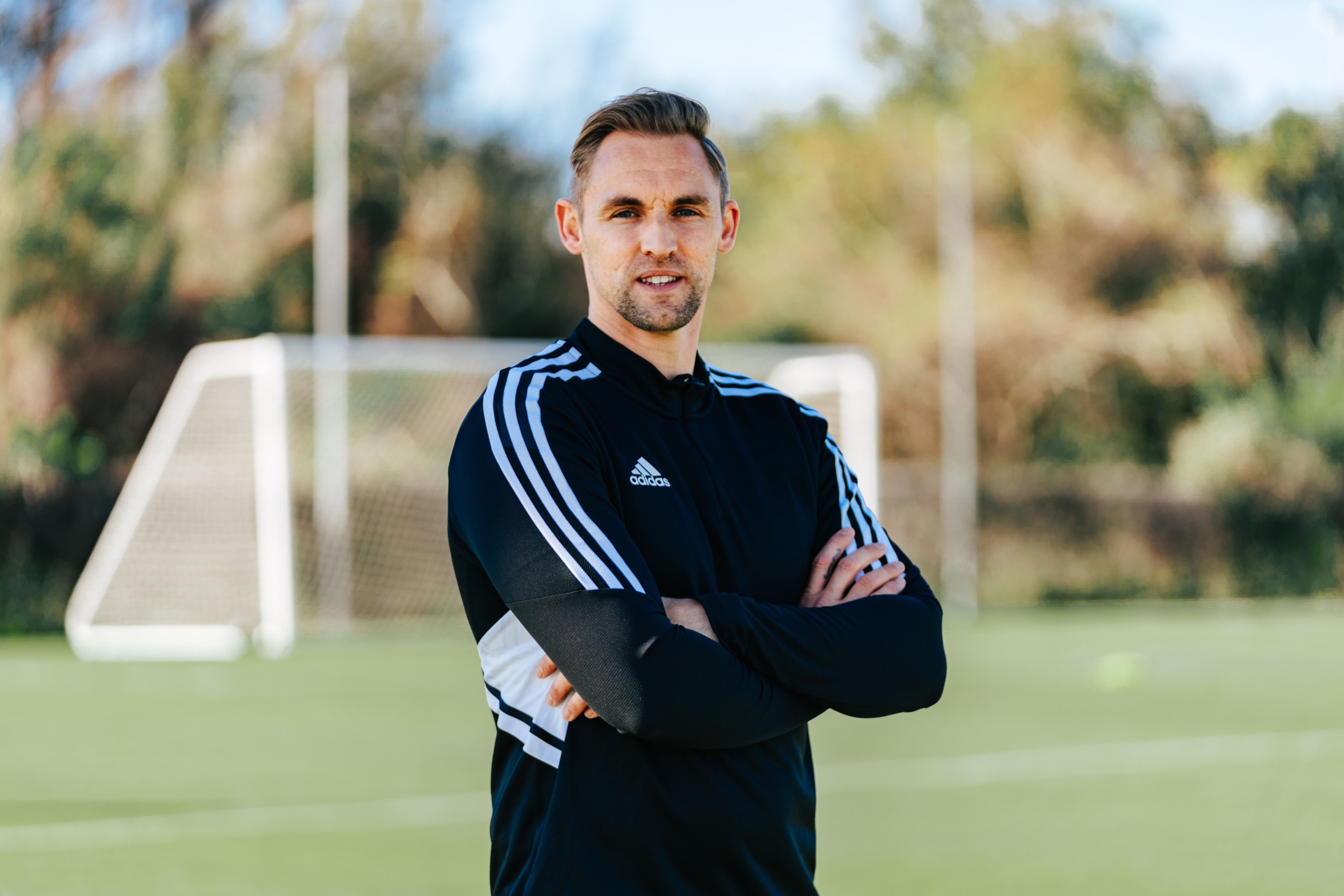 A former player of West Ham United in the English Premier League with a vast history of developing young talent in the U.S. and abroad, Collison will lead Huntsville in its inaugural MLS Next Pro season this spring.

“Huntsville City FC is a unique opportunity that sits astride a number of key objectives,” says Nashville SC CEO and Huntsville City FC President, Ian Ayre. “In its purest form this is Huntsville’s own team, with its own identity, culture and team on the field; a team that soccer fans in Huntsville can connect with.” He continues, “MLS NEXT Pro is of course a key asset for Nashville SC and other MLS teams to develop talent for its Major League Soccer objectives. Jack is the ideal fit for this team with his broad mix of playing experience at a high level and the management of youth soccer programs in the UK and the US which give him a broad mix of experience. We believe with the guidance and support of our coaching staff at NSC, Jack and his team have the ideal platform to create something very special at HCFC.”

Collison joins Huntsville City FC after two seasons at the helm of Atlanta United FC 2. He joined Atlanta 2 in June of 2021 after serving as head coach of the club’s U-17 Academy team. The former midfielder began his coaching career in 2015 with Peterborough’s Academy. In 2017, he returned to his playing club, West Ham United, where he coached the U-14, U-16 and U-18 squads through 2019.

“When we looked at a profile of what we thought the leader of Huntsville City FC looked like, very quickly it became evident that Jack was the ideal candidate,” says Mike Jacobs, General Manager of Nashville SC and Huntsville City FC. “His ability to help develop future first team players for Nashville SC will be a critical asset in our pro player pathway. We are very excited about Jack’s addition, and know that he will play a key role in both growing players for NSC while also managing a very competitive team on the field in Huntsville.”

Collison has managed over 130 matches in his career from the U-18 level to the USL Championship. While managing the Atlanta United Academy, Collison led the group to a 12W-0D-5L record with a plus 34 goal differential from 2019-21.

As a player, Collison was a mainstay in English football where he made 121 appearances for West Ham United in the Premier League and Championship. He also played for Bournemouth in 2013, Wigan in 2014 and joined Peterborough United in 2015, where he retired in 2016. Internationally, Collison earned 17 caps for the Wales’ Senior National Team.

“I am very excited at the prospect of bringing soccer to Rocket City and building a team that really represents the community,” Collison adds. “I will look to build an exciting, fast paced brand of soccer that can bring success on the pitch in Huntsville, whilst helping to develop some of the future stars for Nashville SC. My staff and I are currently hard at work to achieve these goals and can’t wait to see everyone packed inside the Joe Davis stadium supporting a team we can ALL be proud of.”

Joining Collison’s staff will be Assistant Coach Omar Jarun, Goalkeeper Coach John Berner and Nick Law, who will serve in the capacity of a player coach this season.

Jarun most recently served as the Head Coach for the Atlanta United Academy and Interim Assistant Coach of Atlanta United 2. He started his collegiate career in Tennessee at the University of Memphis and went on to enjoy a senior career that spanned over a decade and included 15 caps for the Palestinian National Team.

Berner, a native of St. Louis, joins the staff after a goalkeeping career that started as the 35th overall pick in the 2014 MLS SuperDraft by the Colorado Rapids. He made a total of 60 appearances in his senior career, 39 of those with Charlotte Independence.

Law, a 34-year old attacking midfielder, grew up overseas in the Sheffield United Academy where he debuted in the Premier League on Nov. 4, 2006. His biggest leap while playing overseas came from 2013-16 as a member of Rangers FC in the Scottish Premiership where he scored 20 goals in 86 appearances. Law came to the States in 2021 and has appeared in 60 matches in the USL Championship.

Also joining the technical staff ahead of the 2023 season will be Matt Batista as the club’s Analyst, Luis Rodas as the Athletic Trainer, Chris Romano as the Performance Coach, Caylor Feltman as the Team Administrator, and Sam Gibson as Equipment Manager.