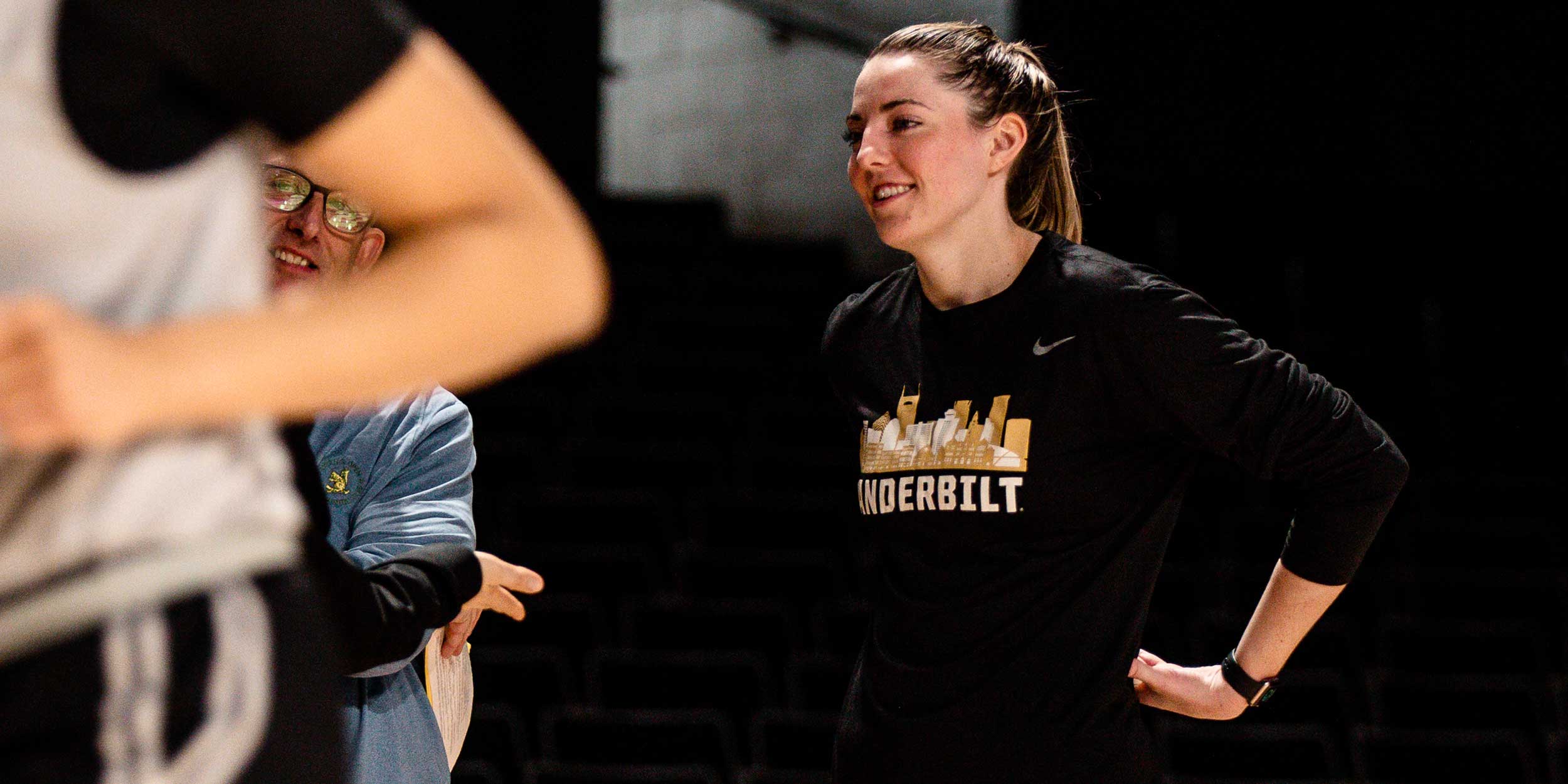 Katie Lou Samuelson, one of the most decorated players in recent women’s college basketball history, has joined Vanderbilt’s women’s basketball staff as the program’s Director of Player Development.

“I truly could not be more excited to welcome Katie Lou to our staff,” head coach Shea Ralph says. “Her passion and knowledge for the game of basketball are unmatched. She is one of the hardest-working, most competitive players I have ever coached. She has excelled at every level in our sport, starting with championships in college and now making a name for herself in the WNBA and overseas as a standout professional.” Ralph adds, “She has true life experience in ‘maximizing your potential,’ which is the goal and mission for every person associated with this program.”

As Director of Player Development, Samuelson will assist the women’s basketball staff in a non-coaching capacity in all areas of the program, including game preparation, player development and on-campus recruiting. She will remain an active member of the Los Angeles Sparks during the WNBA season while still performing her duties, and return to Nashville with the Commodores during the WNBA offseason.

Samuelson is about to enter her fifth season in the WNBA after averaging a career-high 9.7 points and 3.0 rebounds per game for the Sparks in 2022, her first with the franchise. She scored in double figures in 18 of 32 games, highlighted by a career-best 15 against the Washington Mystics in last August. A first-round draft pick—going fourth overall to the Chicago Sky in 2019—Samuelson has also played for the Dallas Wings and Seattle Storm while also helping lead Perfumerías Avenida to the 2021 Euroleague Final and a Spanish league championship during her professional career.

“Lou is a natural leader and visionary on the court. I have no doubt that she will bring that same level of dedication and intensity to our students-athletes here at Vanderbilt as director of player development,” continues Ralph. “Beyond her basketball ability, she is an amazing person and a great role model. Katie Lou Samuelson’s consistent presence here on and off the court will elevate our program in every way.”

A two-time first-team All-American and the American Athletic Conference Player of the Year in both 2017-18, Samuelson became the 10th student-athlete in Connecticut’s history to record 2,000 points in a career before ending her time with the program fourth on the Huskies’ all-time scoring list. She was named the ESPNW national Freshman of the Year and was selected to the AAC All-Freshman Team in 2016 after helping UConn win the national championship.

Internationally, Samuelson has represented the United States at various competitions dating back to 2013 when she was a was part of a team that claimed the FIBA Americas U16 championship. In 2019, she was a member of the USA FIBA AmeriCup team that won a gold medal, and she was named to the country’s 3×3 Olympic qualifying team in advance of the 2021 Tokyo Olympics but was unable to participate due to illness.