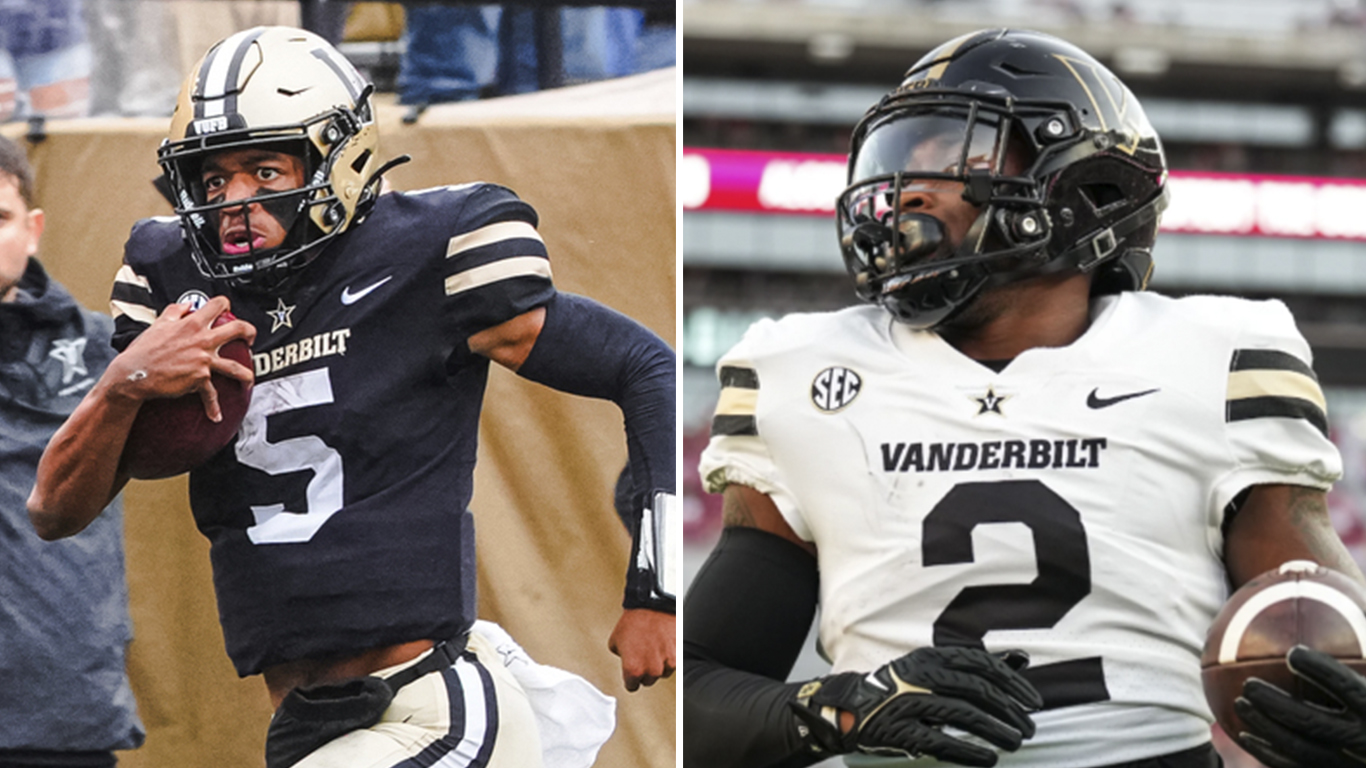 Quarterback Mike Wright and running back Ray Davis, two of Vanderbilt’s top scorers, are entering the transfer portal after leading the Commodores to a 5-7 record this season.

Both players announced their decisions via social media, thanking Vanderbilt, their teammates and coaches.

Wright led the team in touchdowns with 12 passing TD’s and five rushing TD’s. Though he split starting QB duties with freshman AJ Swann, he finished the season behind center for the Commodores. Wright threw three touchdown passes against Florida to beat the Gators at FirstBank Stadium on Nov. 19, and finished the season with 974 passing yards and 538 rushing yards.

“I want to thank Vanderbilt University for giving me the opportunity to pursue my dreams athletically and academically. I want to thank my coaches, staff, professors, fans who supported me through this journey,” Wright shared on Twitter. “After much prayer and discussion, I have decided that I will be entering the transfer portal in pursuit of my next opportunity.”

Davis led the Commodores in rushing with 232 attempts and 1,081 yards. He scored five touchdowns and averaged 4.5 yards per carry. His impressive ground game led the Commodores to a 5-7 record, which included two SEC wins over Florida and ranked Kentucky.

“I want to thank Vanderbilt for taking a chance on me in 2020 and allowing me to represent this program at the highest level. With that being said, after many conversations with my family and support group, I will be entering into the NCAA transfer portal as a Graduate Transfer,” Davis said on Twitter.