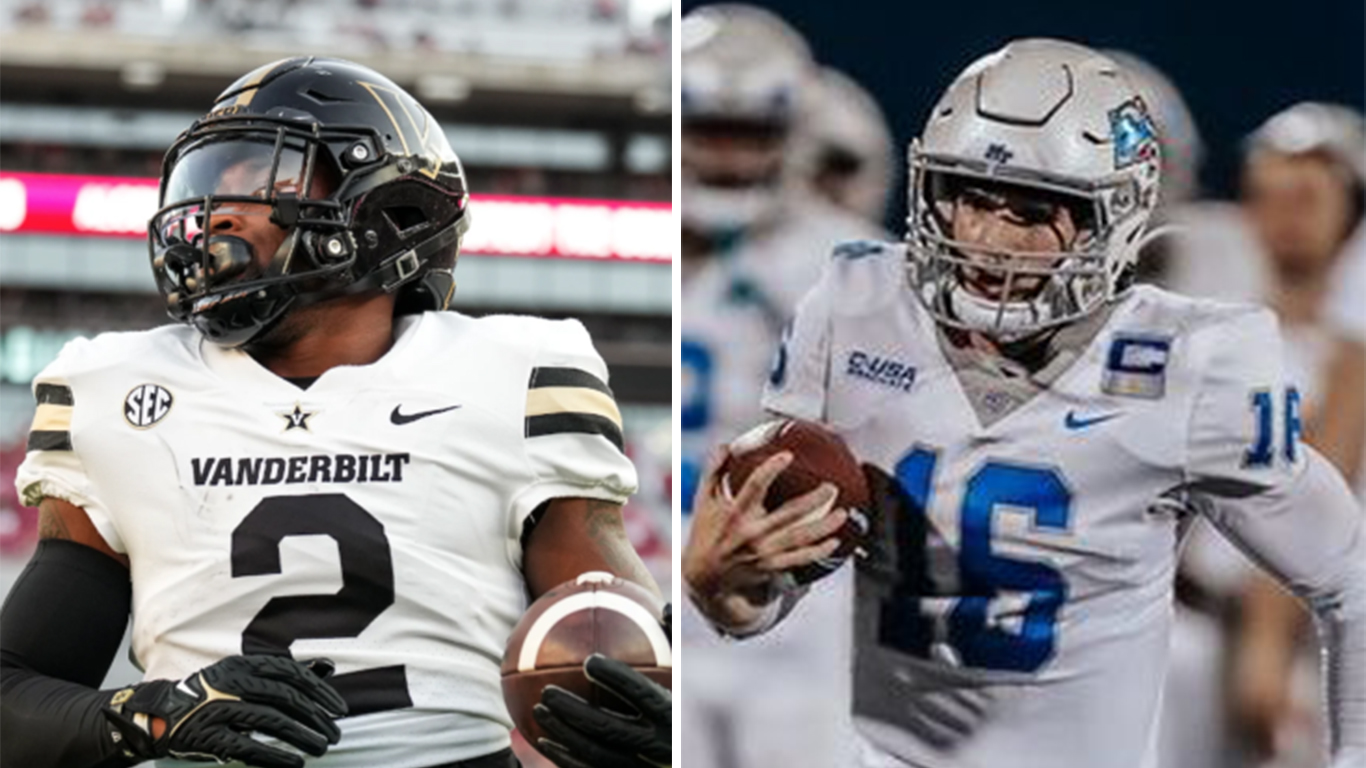 Middle Tennessee quarterback Chase Cunningham and Vanderbilt running back Ray Davis have been named as semifinalists for the 2022 Comeback Player of the Year Award by the College Sports Communicators, in association with the Associated Press (AP) and the Fiesta Bowl Organization.

Cunningham, after his 2021 season ended early due to a torn ACL suffered against Southern Miss, bounced back to lead the Blue Raiders to a 7-5 record and a trip to the Hawai’i Bowl. The Knoxville, Tennessee native has passed for 2920 yards and 19 touchdowns while completing 67 percent of his passes in 11 starts. The sixth-year senior also rushed for six touchdowns on the ground.

Davis led the Commodores in rushing with 232 attempts and 1,081 yards. He scored five touchdowns and averaged 4.5 yards per carry. His offensive prowess led the Commodores to a 5-7 record, which included two SEC wins over Florida and ranked Kentucky.

In a vote by a panel of AP writers, editors, sports information directors and Fiesta Bowl Organization representatives, three college football student-athletes will be honored as 2022 Comeback Player of the Year Award winners.