For the first time in three years, the Vanderbilt Commodores have won a game against an SEC rival with a 24-21 win over No. 24 Kentucky on Saturday (Nov. 12).

After staring off 3-1 this season, Vandy has lost five consecutive SEC games, including a close 17-14 loss to Missouri. However, this win over a ranked Kentucky team showed the resilience that head coach Clark Lea‘s team has.

Lea’s first season with the team was a forgettable one, with only two winning games the entire season. He has now doubled that and added a conference win to his growing resume. 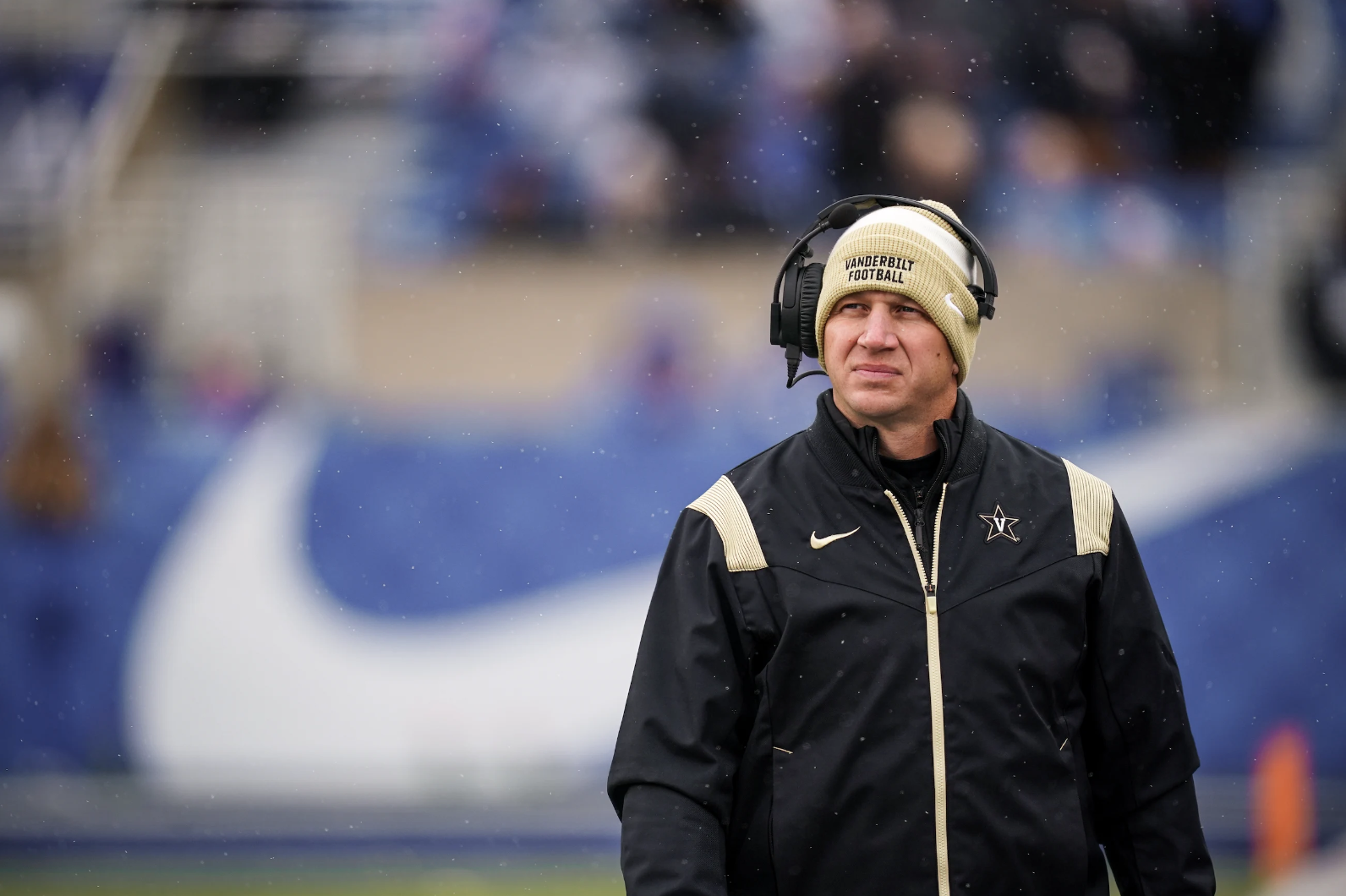 “There were opportunities for them to make assumptions about the outcome. We got behind late, but they just kept fighting. I think when you stay in the fight and you believe, good things happen. They were able to make it happen in the end,” an emotional Lea said in a postgame interview with SEC Network.

Senior quarterback Mike Wright had a great performance against the Wild Cats going 12 of 23 in passing for 184 yards with an interception,. He also ran for 126 yards, scoring a rushing and a passing touchdown.

The Commodores were down 21-17 with nearly five minutes left in the game when Wright led Vandy down the field to win the game. He completed a 40-yard pass to Quincy Skinner Jr. on fourth-and-11 to the Kentucky 9 yard line, setting up the winning score.

His performance against Kentucky won him a SEC Offensive Player of the Week honor.

“There’s going to be a lot to clean up but we like to learn from wins and I’m proud of Mike,” Lea added. “Mike’s had a tough year personally, but he’s fought through that, stayed with his teammates and prepared every week. He’s made some big plays for us this season, and he came up with a big one there at the end to connect with Will Sheppard. I thought he really did some nice things to keep us in the game early.” He continued, “I’m proud of all the guys. They earned that. It’s been a long run, and they earned it.”

The Commodores have just two games left this season staring with its matchup against Florida on Saturday, Nov. 19, followed by No.5 Tennessee on No. 26. Both games will be at FirstBank Stadium.