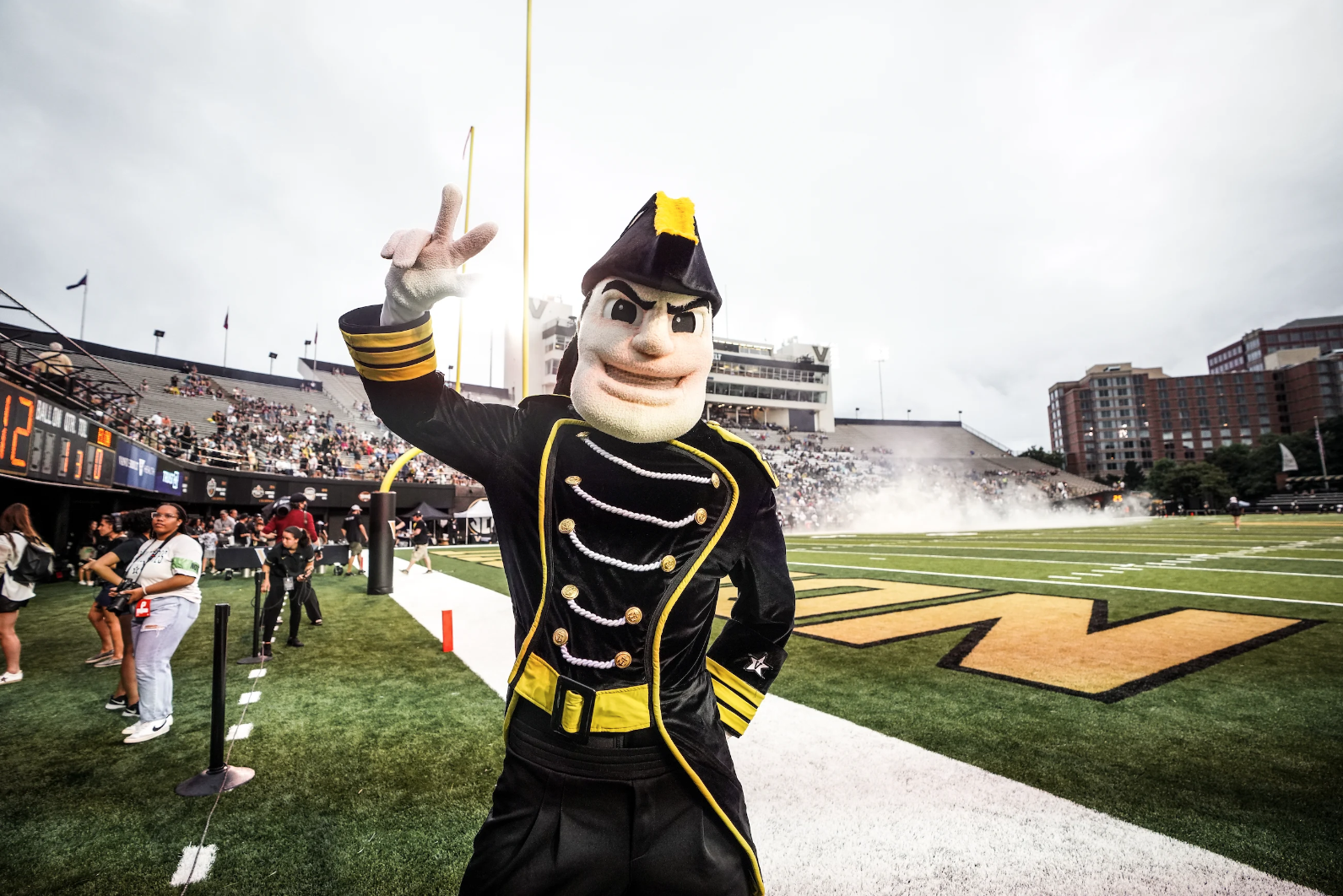 Additionally, Vanderbilt will be posthumously inducting five former football players and coaches who are already members of the College Football Hall of Fame, but not yet members of the Vanderbilt Athletics Hall of Fame as part of a “Legends” induction. Those five honorees are Bill Spears, Lynn Bomar, John Tigert, Jess Neely and Red Sanders.

The additions will bring the number of Hall of Fame inductees to 95 since it was established in 2008. The official induction ceremony is set for Feb. 3.

A star outfielder for the Commodores in the late 1970s, Chandler hit .357 his junior season of 1976, while driving in 22 runs and smacking five homers. He also helped lead Vandy to winning records in 1976 and 1978.

An All-SEC selection in 1976 and 1977, Chandler was a standout in three sports at Henry Clay High School in his native Lexington, Kentucky, where he graduated in 1973. His football jersey, baseball jersey and basketball jersey were all retired by the school.

In 1997, Chandler was chosen as Vanderbilt’s Athlete of the Year, and he also received the Bob Stovall Award for community service and the Jim Ribbons Award for outstanding leadership. A former scout for the New York Yankees, Chandler was recently a teacher at Bryan Station High School in Lexington.

Coleman was named first team All-America in 1983 by the Gannett News Service and was a third team All-America selection by the Associated Press. A consensus All-SEC selection, Coleman left Vanderbilt rated as the nation’s No. 1 cornerback by NFL scouts. He was a four-year starter.

His efforts as a junior were key for Vanderbilt’s Hall of Fame Bowl season in 1982, including a pair of interceptions in the season-opening victory over Memphis. He finished the year by setting a team high with eight interceptions, and he holds the team record with 15 career interceptions. Coleman played professionally in the USFL and several seasons in the NFL with Indianapolis and San Diego.

Cowan starred at Memorial Gymnasium from 1983 to 1987. She was named Vanderbilt’s Female Athlete of the Year in 1986 after leading the Commodores to a 22-9 record and their first berth in the NCAA Tournament.

A member of the 1985 team that defeated Tennessee for the first time in program history, Cowan is fourth on Vanderbilt’s all-time scoring list with 1,875 points in 116 career games. Her 235 career steals total ranks seventh. She was named an SEC Great in 2006.

In 29 seasons at the helm of the Commodores, Johnson built two soccer programs from the ground up, raising the men’s club team to varsity status in the late 1970s before becoming the first face of Vanderbilt women’s soccer in 1985.

Jones retired from the Vanderbilt Athletics department as its senior director in 2011. Jones worked at Vanderbilt for 28 years and held various roles such as ticket manager and National Commodore Club staff member.

After being on Duke’s NCAA Championship-winning team as a sophomore in 1991, McCaffrey transferred to Vanderbilt to finish his collegiate basketball career.

McCaffrey became a two-time All American and averaged 20.6 points per game in the 1992–93 and 1993–94 seasons. Vandy won the SEC regular season title and was a No. 3 seed in the NCAA Tournament during the 1993 season.

He holds the Vanderbilt record for assists in a game with 14 and for career free throw percentage (88%). He and Kentucky’s Jamal Mashburn were named SEC Player of the Year in 1993.

Stewart was the 2015 SEC Player of the Year and 2015 All-American, and those are only a couple of the highlights from his long list of accomplishments as a Commodore.

The Lexington, Kentucky native was the first Vandy golfer ever named the league’s player of the year and just the second to earn All-American honors. Stewart won the Carmel Cup, the Tavistock Collegiate Invitational and Mason Rudolph Championship as a senior while finishing in the top five in three other events.

Stewart finished tied for third in stroke play at the 2015 NCAA Championships.

As the student-athlete who put foot to pigskin to kick off the first ever game in Vanderbilt’s new football stadium in 1922, Bomar was often second to none on the gridiron. In addition to those kicking duties in the Dudley Field opener against Michigan, Bomar was a defensive end and a dominant offensive force as a blocking and pass-catching end. He earned a place as one of Walter Camp’s All-Americans in 1923. At a time when college football honors were still dominated by schools from the northeast, he was among the first All-Americans from a southern school.

Bomar was an integral part of three consecutive conference champions under legendary coach Dan McGugin, winning a Southern Intercollegiate Athletic Association title in 1921 and back-to-back Southern Conference titles in 1922 and 1923. The Commodores compiled a 20-2-3 record en route to those championships. Known as the “Blonde Bear,” the Gallatin, Tennessee native was enshrined in the College Football Hall of Fame in 1956.

The namesake of the street that now brings Commodore fans to Vanderbilt Athletics events, Neely’s connection and contributions to Vanderbilt spanned more than five decades, from shortly after World War I through the moon landing.

As a student-athlete, Neely was an offensive juggernaut on some of Dan McGugin’s most impressive teams. A halfback and end, he captained the 1922 team that went undefeated (8-0-1), opened Dudley Field and won the inaugural Southern Conference championship. Setting a precedent for what would eventually follow decades later under Tim Corbin, Neely also won a conference championship while competing for the Vanderbilt baseball team in 1921.

After earning a law degree from Vanderbilt, he went on to a distinguished coaching career, most notably at Clemson, and for nearly three decades at Rice. He returned to Vanderbilt in 1967 and served as athletic director until his retirement in 1971. That same year, celebrating a lifetime in the sport, he was enshrined in the College Football Hall of Fame.

A Vanderbilt alumnus who played for Dan McGugin, Sanders went on to show he learned plenty from his old coach during an impressive coaching career. Although his two stints as Vanderbilt football head coach were interrupted by extended service in the United States Navy during World War II, Sanders made his mark on program history. His teams compiled a 36-22-2 record. That included an 8-2-1 record and No. 12 ranking in the final Associated Press poll in 1948, when the Commodores won their final eight games by a combined 307-26 margin.

Sanders was also a versatile student-athlete at Vanderbilt from 1924 to 1926. In addition to his time as a quarterback, he competed in baseball and basketball and captained the baseball team.

After serving as head coach at Vanderbilt and later at UCLA, he was enshrined in the College Football Hall of Fame in 1996. Although variations of the quote are frequently credited to Vince Lombardi, Sanders is widely considered to be the source of the famous line: “Winning is not the most important thing; it’s the only thing.”

A beloved student-athlete who remained part of the university for much of the rest of his life, Spears was the star quarterback during Dan McGugin’s late golden era. Spears enjoyed his greatest acclaim in 1927, when he earned both first-team All-SoCon and All-America honors. He was just the second Vanderbilt quarterback, after Ray Morrison, to be named an All-American. Spears led one of the highest-scoring offenses in the region in 1927, opening up McGugin’s offense with a passing attack that entertained fans and complemented his own running prowess. The Commodores compiled a 22-5-2 record in his three seasons on the field.

Spears remained fiercely loyal to Vanderbilt after going into law practice in Chattanooga. He served on the Board of Trust for nearly four decades, from 1954 until his death in 1992. Known as “Bounding Bill Spears,” he was inducted into the College Football Hall of Fame in 1962.

A Rhodes Scholar, public servant and university president, Tigert also helped put Vanderbilt football on the map. Competing at the turn of the last century, barely a decade after the university fielded its first football team in an organized game, Tigert helped pave the way for the Hall of Fame members who would follow in his footsteps. He played in three of the first six games between Vanderbilt and Tennessee, helping the Commodores win all three. Overall, Vanderbilt went 20-3-2 in his three football seasons. He also competed in baseball, basketball and track.

Despite his feats on the field, Tigert’s greatest legacy came after his playing days. He served as president of both Kentucky Wesleyan and Florida and later as U.S. commissioner of education. He was a tireless advocate for collegiate sports who helped implement the athletic grant-in-aid system.