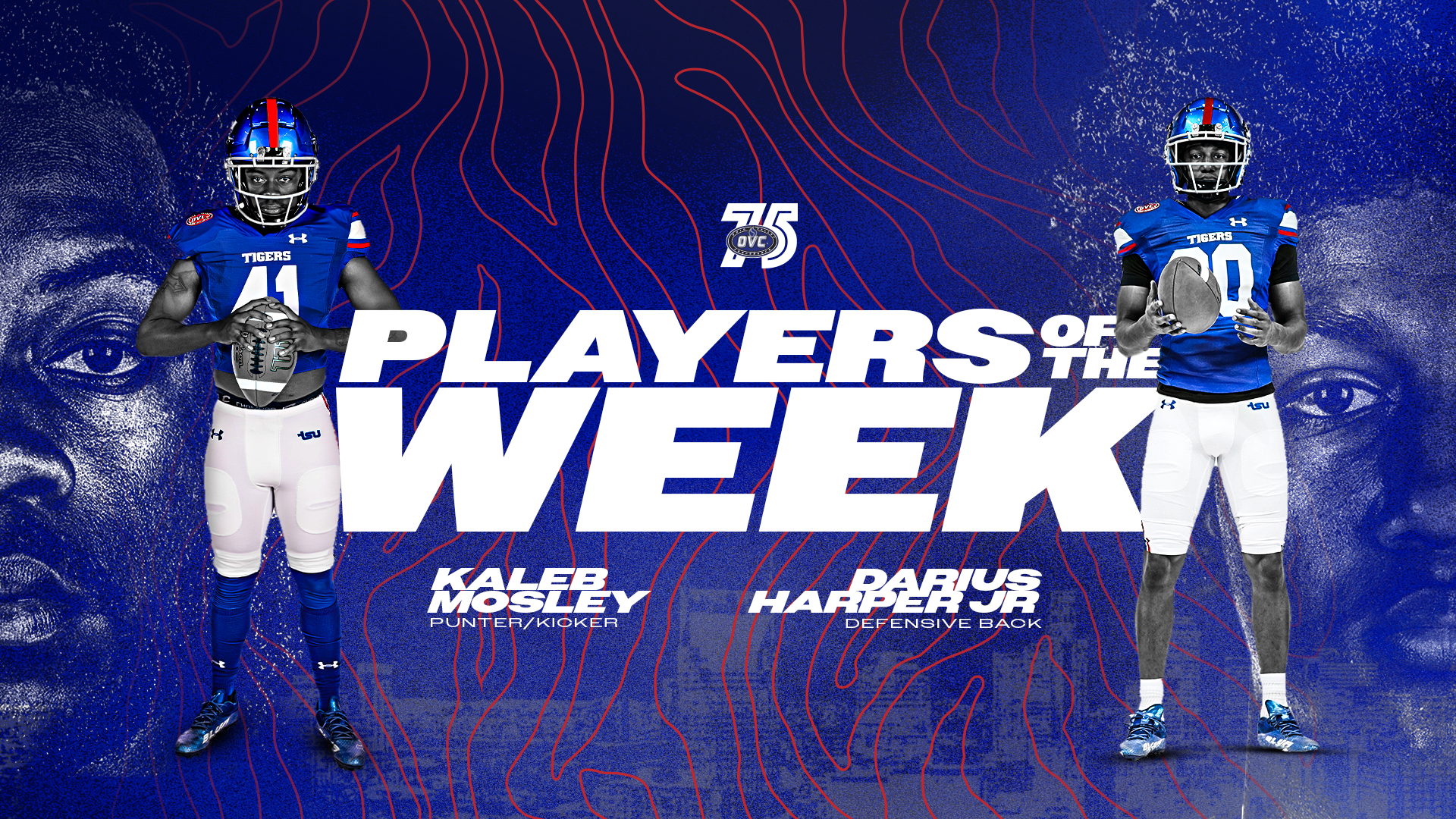 Harper earned Defensive Player of the Week, while Mosley earned his third Specialist of the Week honor.

Harper, a Nashville native played his final game as a Tiger against TAMUC and saved, arguably, his best performance for last. The senior finished with a career-high five tackles and two interceptions, one of which he returned for a TD, a 20-yard fumble recovery, and a pass breakup.

Harper intercepted a pass on the first play from scrimmage and returned it 44 yards for a score, while his second went for a return of 28 yards. His biggest play of the game came on the final play of the contest as he broke up a would-be game-tying touchdown pass from TAMUC.

Mosley had a bounce-back performance to earn his third Player of the Week award as he was also playing in his final game as a Tiger. Mosley was a perfect 3-of-3 on field goal attempts (47, 36, 25) and had an extra point to finish with 10 points. The dual-threat specialist had a nice day punting the ball, with nine punts for 350 yards. He had a long of 55 and averaged 38.9 yards per punt, with one landing inside the 20-yard line.

TSU finishes their season with a 4-7 record. The Tigers took home five OVC Player of the Week awards during the season.