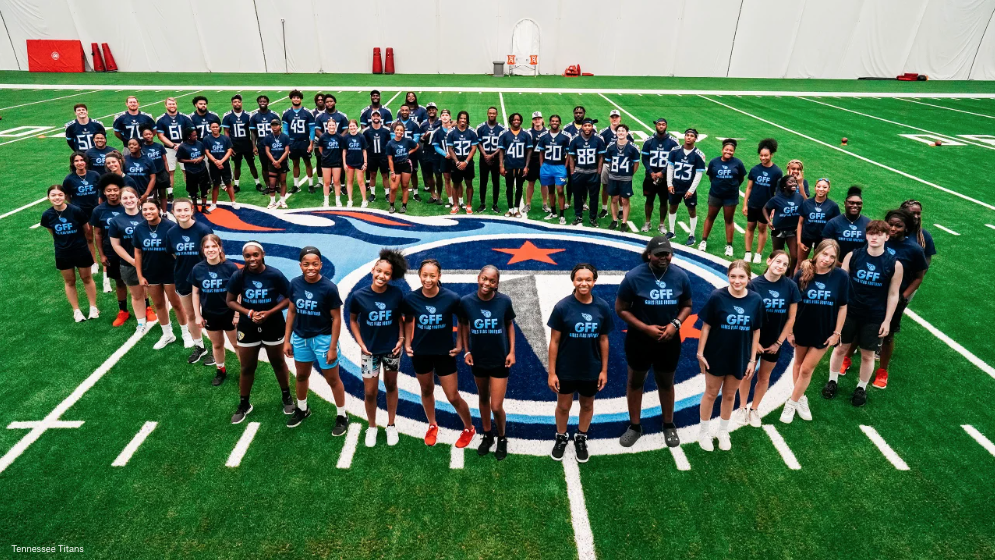 The Tennessee Titans, Nashville mayor John Cooper and The Foundation for Athletics in Nashville Schools, Inc. (The Fans Inc) are dedicating an endowment of $15 million to athletic programming at Metro Nashville Public Schools (MNPS).

Each of the 15 district-run high schools will receive nearly $1 million towards the building of a new athletic field or otherwise improving athletic facilities based on each school’s specific needs.

“Today’s announcement means that by the time the Titans have a new home field for game day, every public high school in Nashville will have a home field advantage too,” says Cooper. “High school sports bring neighborhoods together. In my first three years as Mayor, we’ve made the biggest investment in our classrooms in the history of our city. As I travel around Nashville, I see how important it is that we invest in every part of our kids’ lives, including sports. Our students are making strides in test scores and excelling academically, and their teams are going to the playoffs and winning championships. It’s time we meet them halfway by giving them the high-quality facilities they deserve.”

Mayor Cooper is proposing that one-third of the funding will come from Metro via forthcoming capital spending plans, in addition to the third donated from the Tennessee Titans via a $5 million grant over 5 years to MNPS athletics through The Fans Inc. The remaining third is set to be raised from private donors by The Fans Inc.’s fundraising campaign. The Titans contribution is part of their larger ONE community benefits platform with 16 local and regional organizations.

“We are deeply committed to educating well-rounded students and investing in their success inside and outside the classroom,” notes Dr. Adrienne Battle, MNPS Director. “Our young athletes and incredible staff make the School Board and all of MNPS proud every day, and they deserve facilities that match their outstanding effort and commitment. I’m grateful to Mayor Cooper, the Titans and our private partners for making this dream a reality, and hope this exciting announcement will help inspire the next generation of MNPS athletes.”

“Nashville welcomed the Titans with open arms nearly twenty-five years ago, and since then the team and its vast network of former players, coaches and fans have become an integral part of this city’s cultural fabric,” says Eddie George, Head Football Coach at Tennessee State University and former Titans legend. “It’s about way more than just football–it’s about making Nashville the kind of city where we want to raise our families and where everyone can thrive. Today’s announcement is just the latest example of how the Tennessee Titans organization cares deeply about the Nashville community and its future.”

The Titans also announced the details of its community partner agreement with MNPS as part of its recently announced ONE Community platform. The partnership features support for both MNPS academics and athletics through programmatic and financial commitments. The partnership focuses support on four key areas: the Academies of Nashville, MNPS athletics, literacy initiatives and promotional opportunities on the Titans’ owned platforms.

As part of the agreement, the Titans will become a partner of the Academies of Nashville, a transformational high school model that provides students with college and career prep experiences. The Titans will join an existing Academy or create a new program allowing students to gain career experience at Nissan Stadium, and will also offer opportunities to its corporate partners to get engaged in the program.

“The students attending our Metro Nashville Public Schools are tomorrow’s leaders, and it is clear to us that Dr. Battle and her team are preparing them for a bright future,” explains Adolpho Birch, Titans Sr. Vice President of Business Affairs and Chief Legal Officer. “We are excited to strengthen our long-standing relationship with MNPS and look forward to supporting its efforts through ONE Community.”

Other elements of the agreement include: