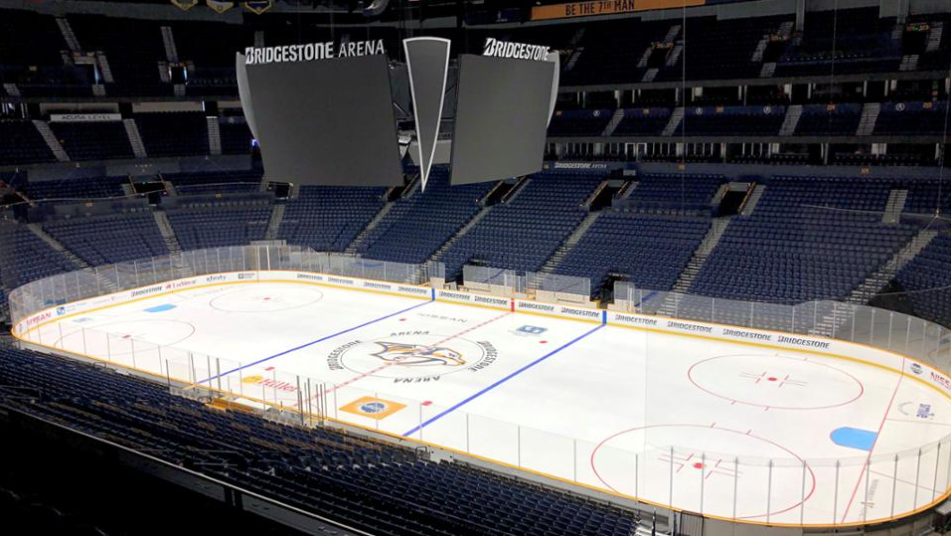 Bridgestone Arena is ready to go for tonight’s (Nov. 29) game between the Predators and the Anaheim Ducks after a water main broke last week, flooding the concourse, locker rooms and other areas of the arena in downtown Nashville.

“Very thankful for our partners throughout Smashville to get us in a position to ideally host the Ducks Tuesday!!” Nashville Predators CEO & President Sean Henry shared in a Twitter post. “Complete restoration will take a while but the combination of our staff and fans’ passion and patience will allow us to safely host events earlier than most could!”

Water began to flood Bridgestone and pour out onto Sixth Avenue South on Friday morning (Nov. 25), forcing the Predators to postpone their game against Colorado. Saturday’s much anticipated Music City College Hockey Classic game between Northeastern and Western Michigan was relocated to Ford Ice Center in Bellevue.

New video released by the Preds shows the extent of the water damage to Bridgestone Arena and the efforts to restore the building ahead of tonight’s game. https://t.co/1VBuN9mCNg pic.twitter.com/hUwdvtwX0t

The water caused damage to the floors, tiles and ceilings and forced the team to practice at Centennial Sportsplex. The Preds had to postpone Saturday’s (Nov. 26) matchup against the Columbus Blue Jackets.

Despite all the issues and damage over a holiday weekend, the arena staff remarkably has the stadium ready for both the Preds game against the Ducks and the Maren Morris concert on Friday (Dec. 2).

The Preds and the NHL have yet to announce when the two postponed games will be rescheduled.