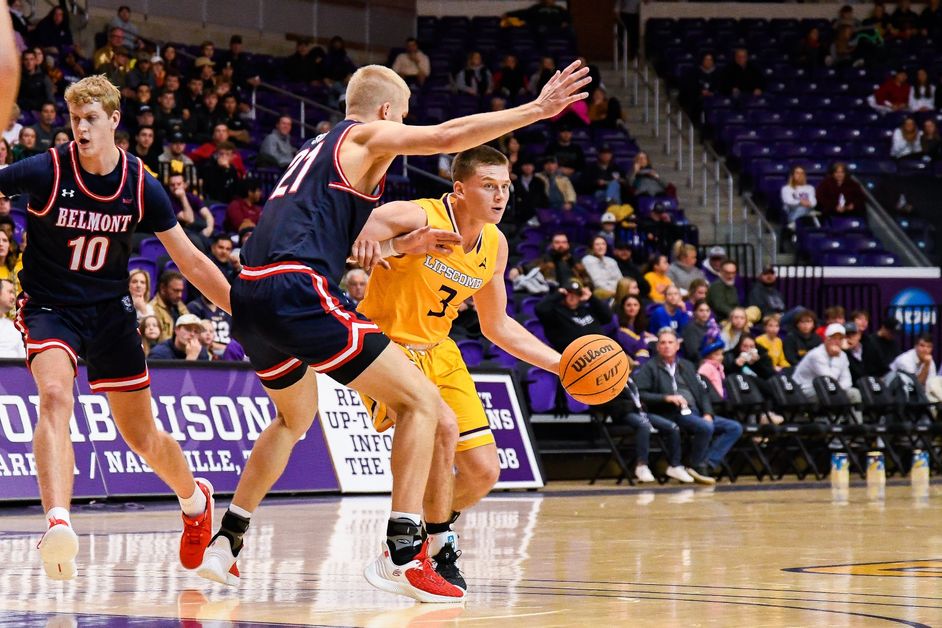 The Lipscomb Bisons walked away from the 149th installment of the Battle of the Boulevard victorious, beating Belmont 77-75 in an exciting early season matchup at Allen Arena.

However, Jacob Ognacevic‘s layup with just one second left on the clock handed Lipscomb the win over their street sharing rival. Ognacevic came off the bench to score 16 points.

With the win, Lipscomb snaps a six-game losing streak to Belmont.

The first half was back and fourth with neither team running away, but two good free throws, a layup and a jumper for Lipscomb closed the half with a 37-34 lead.

Belmont opened the second half fast, going on a 12-2 run scored by Tyson, senior Ben Sheppard and graduate transfer Drew Friberg. Belmont took a 10-point lead with 14:40 left in the game, but great work by Benham and Ognacevic helped narrow the lead.

From there, neither team took more than a seven point lead. Lipscomb commanded with about four minutes left, forcing Belmont’s young team to play catch-up.

With the win, Lipscomb takes a 76-73 series lead all-time over the Bruins in one of the most historic local rivalries in all of college basketball.

Lipscomb, now with a 2-1 season, will head to South Bend, Indiana to face Notre Dame on Friday (Nov. 18). Belmont, now 1-2, also returns to action on Friday when they face Tarleton State in the first round of the U.S. Virgin Islands Paradise Jam.