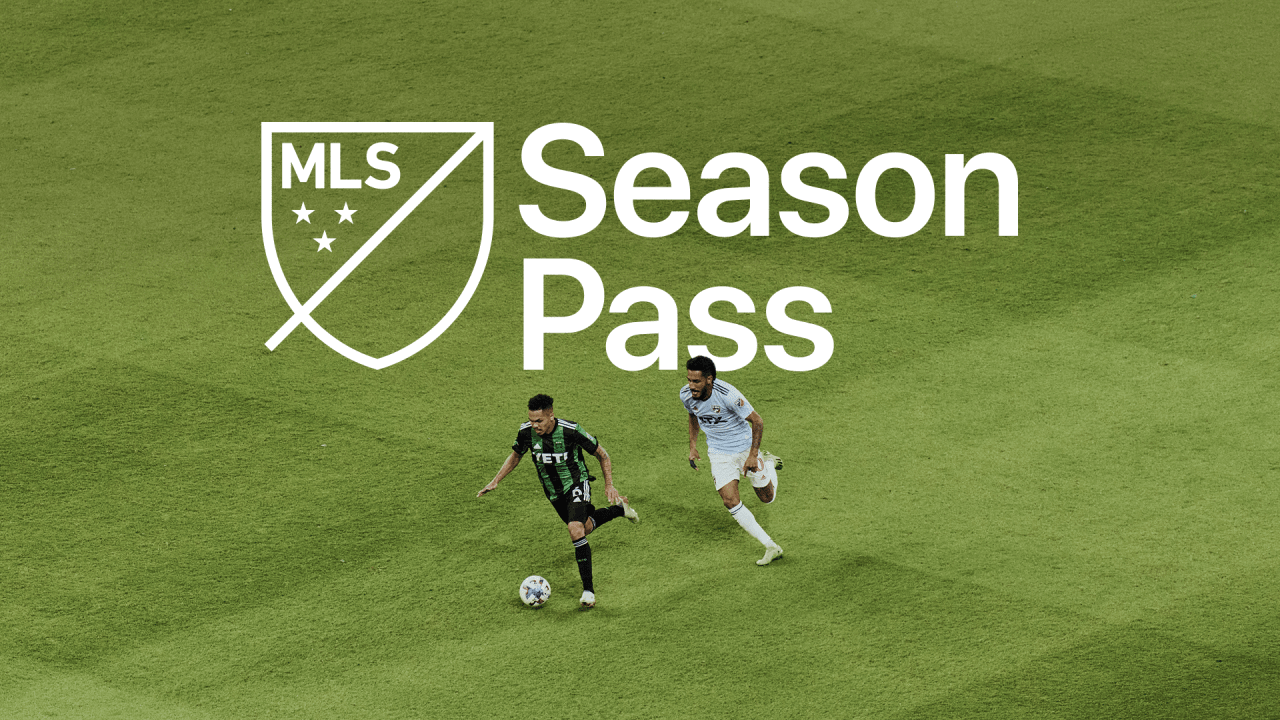 Apple and Major League Soccer have announced that the MLS Season Pass will launch Feb. 1, 2023, allowing fans across 100 countries and regions access to every live MLS regular-season match, the playoffs, and the Leagues Cup with no blackouts.

MLS Season Pass will be home to the most expansive and accessible programming lineup ever for MLS fans, including all MLS and Leagues Cup matches, as well as hundreds of MLS NEXT Pro and MLS NEXT games during the season. During match days, MLS Season Pass will feature an exclusive, live match whip-around show, as well as game replays, highlights, and analysis.

“We could not be more excited to bring our fans MLS Season Pass, a new home for all MLS matches and a wide variety of league and club content they can’t get anywhere else,” says Don Garber, MLS’s commissioner. “We have the most engaged and passionate fans in sports, and now they’ll have every match everywhere with MLS Season Pass.”

As previously announced, the MLS 2023 regular season will kick off on Feb. 25. The first home opener to be revealed so far is the 2022 MLS Cup champions Los Angeles FC against the LA Galaxy in a historic match at the Rose Bowl Stadium—the first MLS regular-season match to be played there since 2002. All matches during opening weekend will be available to watch for free on the Apple TV app.

“There isn’t a more perfect time to introduce MLS Season Pass, coming off the heels of the most dramatic MLS Cup in history and with MLS as the fastest-growing soccer league in the world,” adds Eddy Cue, Apple’s SVP of Services. “We’re counting down the days to February 2023 when fans everywhere can enjoy MLS Season Pass on billions of devices—all with no blackouts.”

Fans will be able to watch MLS matches featuring English and Spanish broadcast crews, and they can listen to a club’s home radio broadcast on the Apple TV app. All matches involving Canadian teams will also be available in French.

Matches will take place primarily on Saturdays and Wednesdays, with a few matches held on Sundays. For most matches, the start time will be 7:30 p.m. local time, with pregame coverage beginning ahead of the match. Major League Soccer’s complete 2023 schedule will be announced in mid-December.

MLS Season Pass will provide fans with in-depth coverage of their favorite clubs throughout the season, starting with previews of each upcoming match. On match day, fans will have the ability to watch any match from the start, no matter when they tune in. After the final whistle, fans can watch match replays, highlight packages, and more to catch up on anything they missed on and off the pitch.

Additional details about the MLS Season Pass broadcast teams, production enhancements, as well as all the ways fans can enjoy MLS content across the Apple ecosystem, will be announced in the coming weeks.