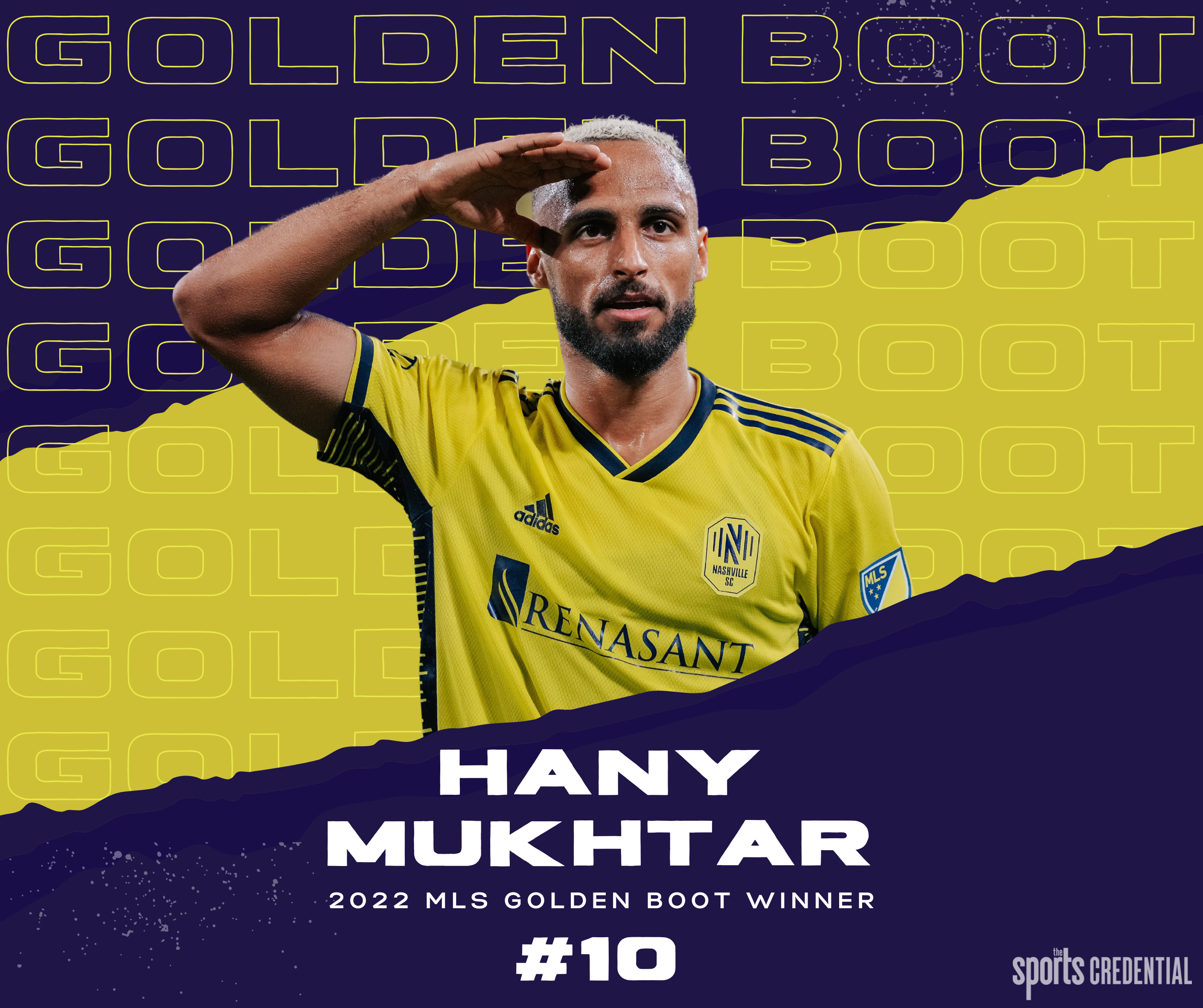 Hany Mukhtar‘s magical regular season came to an end on Sunday (Oct. 9) as he finished with the most goals, winning the MLS Golden Boot.

Mukhtar scored 23 goals and 11 assists, contributing to 44.2 percent of all of Nashville’s goals this season. His 34 goal contributions are also most in the league, which makes him the heavy favorite for the 2022 MLS Landon Donovan MVP Award.

“I feel amazing, it’s a big honor,” Mukhtar noted in a press conference. “I’m very grateful to my teammates, the coaching staff and the whole organization. It’s a big achievement for me and I’m very proud of it. It was a very good season for me, now I’m looking forward to the playoffs because that’s where it counts.” He added, “It will be tough coming back to LA to take on the Galaxy. We had a tough game there earlier in the season, but we are capable of beating them.”

His offensive prowess has led the Boys in Gold to its third-straight playoff appearance. NSC is now one of only four clubs to reach the postseason in each of their first three seasons.

Nashville’s final match was against the Supporter Shield winner LAFC, whom they beat 1-0 in what was arguably goalkeeper Joe Willis‘ best performance of the year.

Willis had a career-high 14 saves, which included a brilliant penalty shot save in the 45+1 minute. His 14 saves were the most made by a keeper in the MLS this season.

Teal Bunbury gave Nashville the win when he scored a goal in the 53rd minute off of a Mukhtar corner kick.

“Joe [Willis] set a record in terms of saves, which tells you a little bit of a story,” said head coach Gary Smith in a postgame press conference. “I’d like to really reinforce some of the qualities that are going to see us succeed in these playoffs or not. There’s the fact that for periods of the game, it certainly wasn’t possessionally moving in our direction. The guys I think showed a lot of courage off and on the ball.

“They found a way to score a goal and, for only the second time this season, have beaten terrific champions [in their home]. For that I’m incredibly proud of the group.”

Sadly, Nashville needed not only the win, but for Dallas and LA Galaxy to lose in order to claim a home playoff game. Both teams won, meaning NSC is headed to the playoffs as the fifth seed and will head back to Los Angeles on Saturday, Oct. 15 to face LA Galaxy in round one of the MLS Cup Playoffs.

The match is set for 2 p.m. CT and the winner will go on to play LAFC in the Western Conference Semifinals.