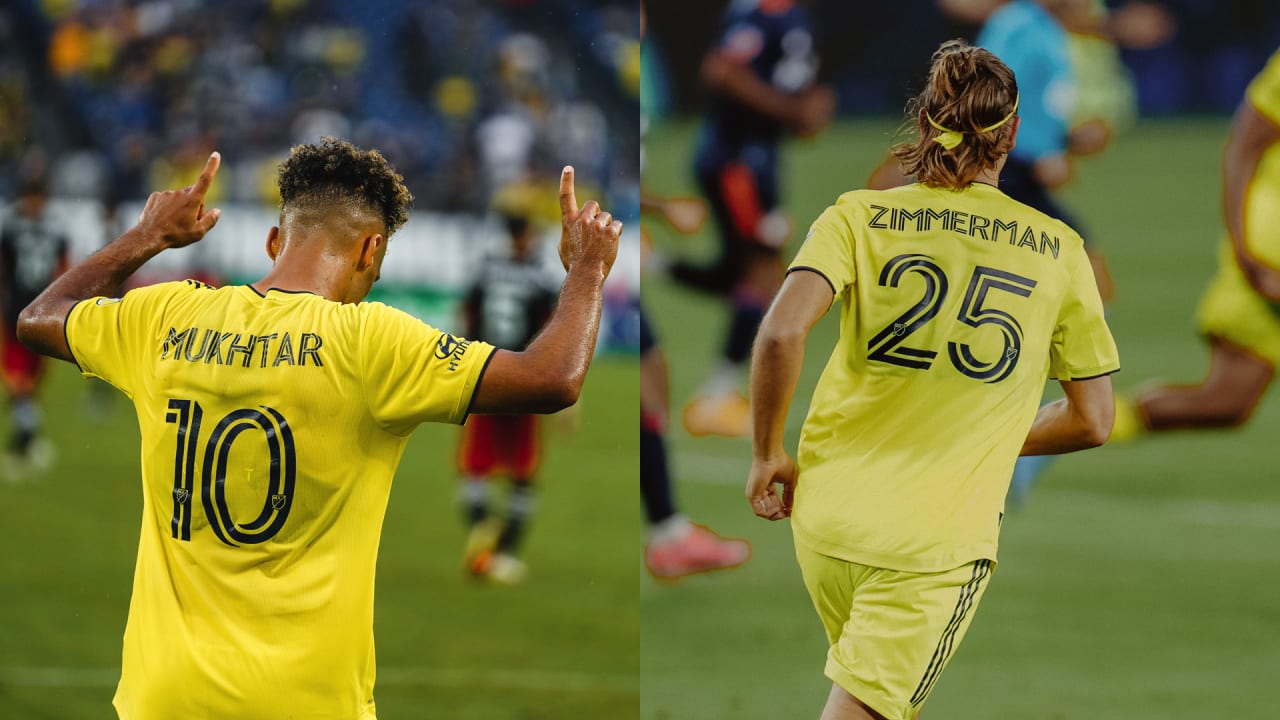 Nashville SC superstars and Designated Players Walker Zimmerman and Hany Mukhtar are featured on the list of the top selling 25 Adidas jerseys in the League sold on MLSStore.com.

Zimmerman’s No. 25 jersey sits at No. 10 on the list, while MLS MVP front-runner Mukhtar’s No. 1o jersey is included in the top 20 as the 17th highest selling Adidas jersey among all MLS players.

A three-time MLS All-Star and back-to-back MLS Defender of the Year, Zimmerman has been an anchor for Nashville SC and the U.S. Men’s National Team. He was crucial in the 2022 FIFA World Cup qualification, captaining the States and appearing in 10 World Cup Qualifying matches. He looks to continue that success this November in the FIFA World Cup Qatar 2022.

Mukhtar is the current MLS Golden Boot leader and is coming off another goal-scoring performance after this weekend’s 1-1 draw against the LA Galaxy. The German international has scored 22 goals in the 2022 regular season, marking a career-high and two more than the next leading goal scorer in Austin FC’s Sebastián Driussi.

A record-setting 15 MLS clubs are represented on the top 25 list. Seven players on the list have played in a FIFA World Cup match, and nine players were selected alongside Zimmerman and Mukhtar as 2022 MLS All-Stars.