Photo: Courtesy of The Lost Paddy

As soccer continues to grow in Music City and Nashville SC’s fandom spreads its reach further and further, fans will need to find a way to get their soccer kick when NSC is playing an away game or during the MLS off season.

Nashville has some of the best bars in the country and sports bars are no stranger to the city. So many have become homes for popular college teams, like Alabama, Kentucky and University of Tennessee, and others are havens for NFL and MLB teams, like the Cleveland Browns, Green Bay Packers and Chicago Cubs.

However, very few have welcomed in the growing sport of soccer like The Lost Paddy has.

Folks who go to The Lost Paddy, located off of Murfreesboro Pike, can enjoy live sports–mostly soccer–in a pub filled with both soccer and Irish/British decor to give it an authentic feel.  Customers can enjoy its menu of both classic Irish and American dishes, which include fish & chips, bangers and mash, and shepherd’s pie. The pub is also home to some of the best poured Guinness in the city, and features other Irish and European draft beers like Sullivan’s, Magner’s Irish Cider and Carlsberg.

“My intent coming [to Nashville] was, number one, I’m going to be opening an Irish pub. Number two, like Conor McGregor said, ‘I don’t come in to take part, I come in to take over,'” Lost Paddy owner Micheal [pronounced Mehaul] O’Leary shares with The Sports Credential. “I’m going to have the pub to watch soccer at.”

O’Leary, a native of Dublin, Ireland, has plenty of experience running soccer-focused pubs from when he lived in Culver City, California. There he owned Joxer Daly’s Pub and Restaurant, which became a home for the Scottish team Celtic FC. 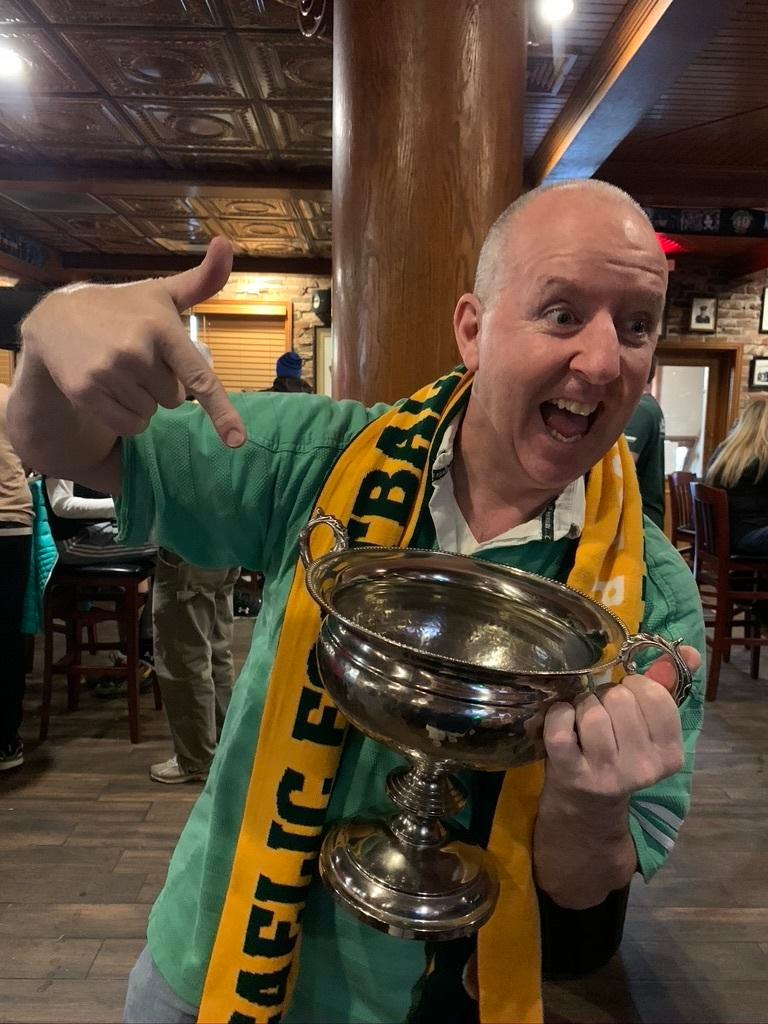 O’Leary moved to Nashville for a fresh start and picked Nashville for its obvious growth and small business friendly economy. He wanted to open up a soccer pub that really embraced the city’s growing community as Nashville SC began to emerge as a top club in the MLS with a dedicated fanbase.

The NSC supporter’s group, The Assembly, calls The Lost Paddy home when the Boys in Gold aren’t playing at GEODIS Park. On away game days, you can also find dozens of Nashville SC fans glued to the main TV, cheering, screaming and singing while watching their team.

“There’s a few reasons [we go there],” notes The Assembly founder Jason Petty. “Before we went to The Lost Paddy, we tried a few other spots and felt a little like an afterthought. We had some issues getting a spot to set up and getting TVs on the game.”

He continues, “I had met Micheal at a watch party for the women’s World Cup in 2019 and learned about The Lost Paddy. He wanted to make the bar the spot for soccer in town. We had some issues with a spot we were watching away matches at in the middle of 2019 and decided to make the move.

“To us, the pub feels like the home we have been searching for since we started doing watch parties for away matches. We’ve drew some pretty big crowds there and we hope we can continue to do so in the years to come.” 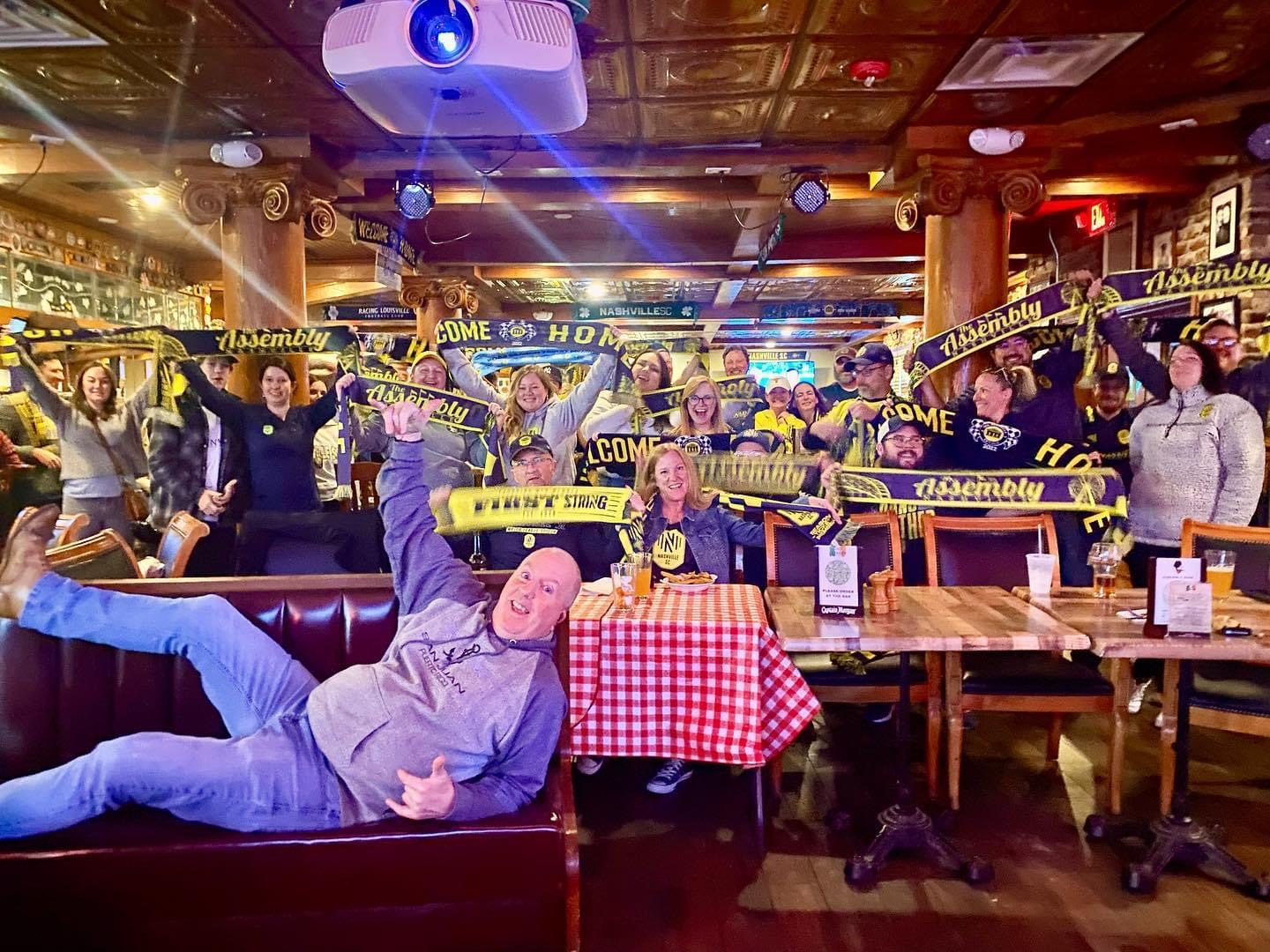 O’Leary isn’t just here to own a popular pub, though. Rather, he wants to be part of any group or organization that’ll help grow the sport and help grow Nashville SC. In fact, in Culver City, he wasn’t just a small business owner, he was a member of the city council and, eventually, the mayor, making him no stranger to getting involved in the community and offering his voice.

O’Leary didn’t create this environment over night, either. He spent a lot of time scouting other English/Irish styled pubs and bars that were deemed “soccer pubs.” He wanted to see the competition, what worked, what didn’t, and create a space that could grow into the top spot to watch soccer.

“In the six months that we were getting the place up and running, I was going around seeing who was doing what,” O’Leary recalls. “I even drove for Uber and Lyft and I was like, ‘I gotta go see all these other places. What are they doing? What are you doing differently for what I’m planning on doing?'” He continues, “I would go in and watch a soccer game in a corner with just one TV and there would be basketball and hockey on. There would be music on and guys just huddled together… [These places] didn’t know what they were doing.

“You’re going to get the loyal fans, but that’s not how you build a crowd. My intent, which has worked for me, is that if there’s a big soccer game, it gets priority over all of the sports in this pub.” 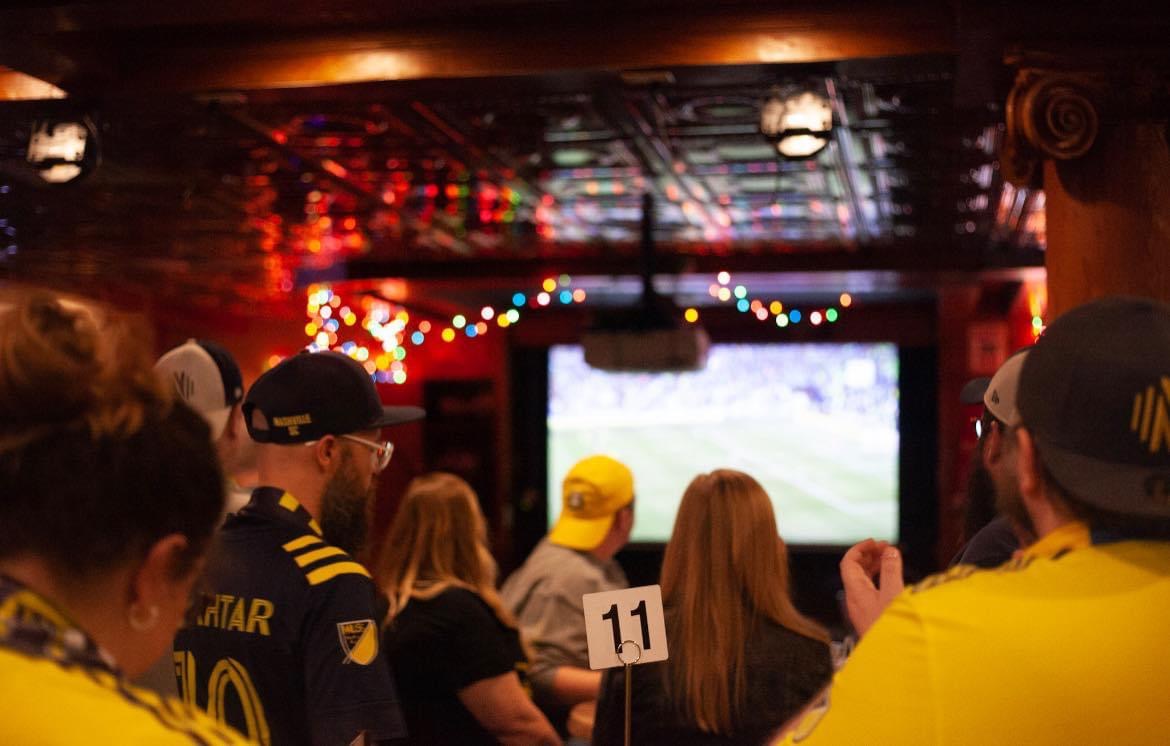 The 2022 FIFA World Cup in Qatar is just months away, starting on Nov. 20, and The Lost Paddy will be one of the top spots to watch the games. With the World Cup being in Qatar, the time differences in the United States will be quite different with games airing from 4 a.m. to the middle of the day. The Lost Paddy will have no problem working around that schedule, though, as they plan to show every single minute of every single game.

O’Leary’s intent with The Lost Paddy was to be involved in the soccer community with local fan groups of European soccer clubs, as well as Nashville SC. The pub is an official Pub Partner of NSC and has been named the designated watch party location many times.

The Lost Paddy has become not only a hub for the local soccer fan, but also a place for fans and participants of other sports outside of the major American sports.

The Nashville Gaelic Athletic Club (NGAC) also calls the pub home, holding their meetings there. The NGAC is a local club open to anyone who loves and wants to play traditional Irish games played in the Gaelic Athletic Association, including Gaelic football, camogie and hurling, a fast-paced, high-scoring, stick-and-ball field game which is the national sport of Ireland. 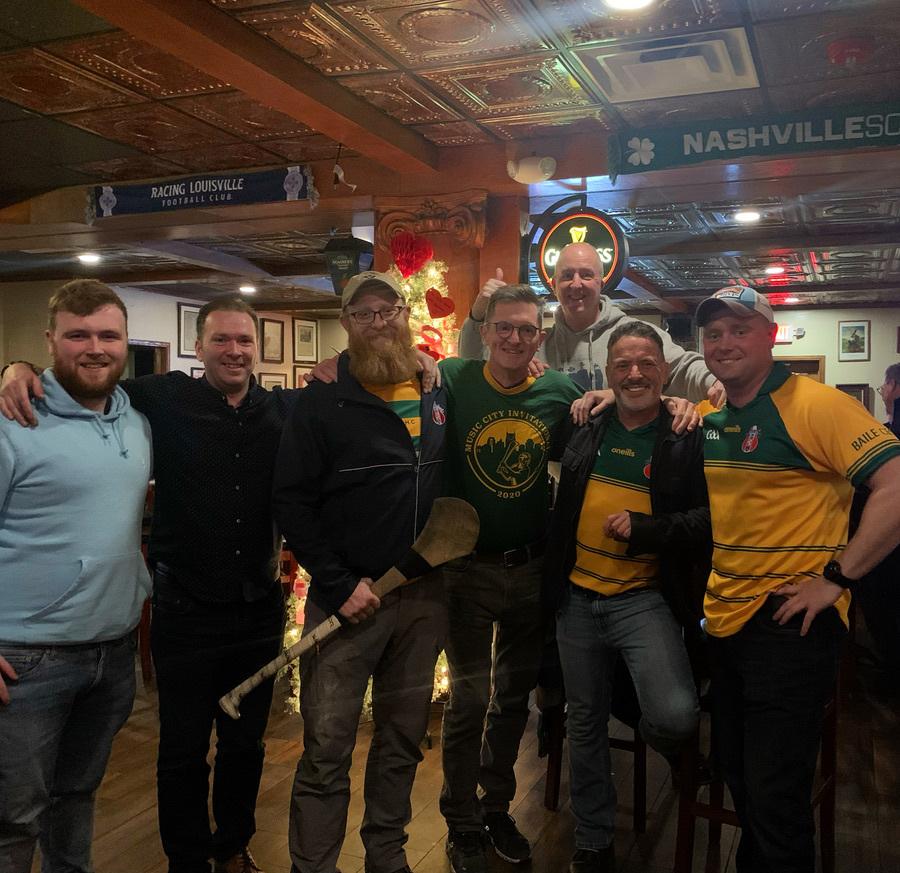 “Before the Nashville GAC even knew The Lost Paddy was opening in Nashville, proprietor Micheal O’Leary reached out to say hello and ask if he could come to a match,” the Nashville GAC states. “We’ve had incredible relationships with several businesses in Middle Tennessee, but Micheal was the first to reach out to us rather than the other way around. That kind of welcome told us he was interested in much more than a business transaction—he was excited to be a fan and a friend.”

The Lost Paddy has also become a hub for the growing sport of rugby as a sponsor for a the Nashville Rugby Club and frequently hosting meetings. Rugby fans can come to The Lost Paddy to watch many of their favorite professional clubs, as well as major international matchups.

The pub is only in its fourth year of operation but is already a mainstay for so many soccer fans and other sports fans. As the soccer continues to grow, so will The Lost Paddy, and with it will come more opportunities for O’Leary to sink his teeth into helping build the growing community.

“That was part of the process,” emphasizes O’Leary. “[We want to support] not only soccer, but also other sports that other bars are not showing. We show the darts championship, we show cricket. We’re just trying to be that place where if you can’t get it anywhere else, you can get it at the Paddy.”

He sums, “If you’re lost in Nashville, come to the Paddy.”