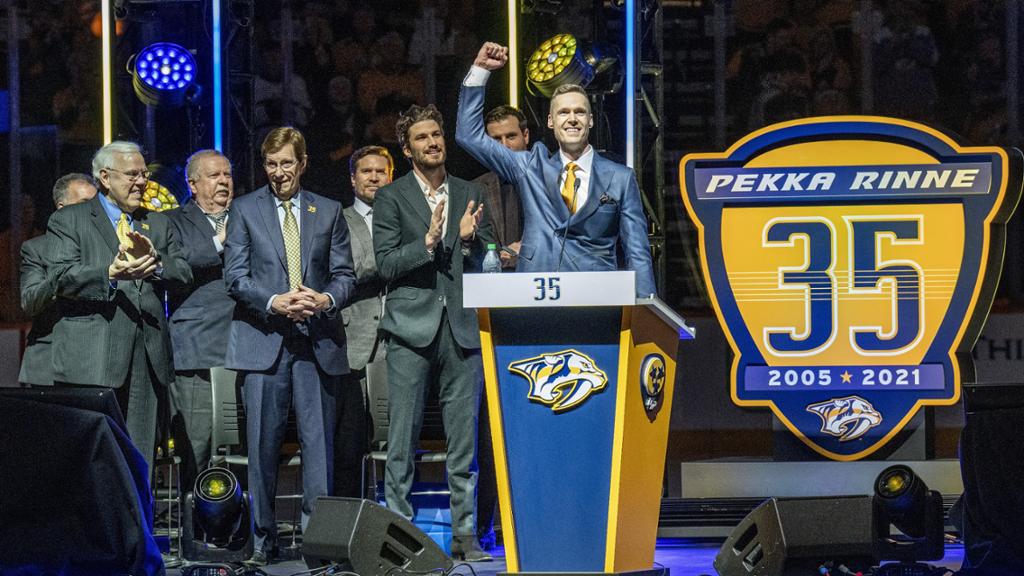 Pekka Rinne is back with the Predators, but his role will be off the ice as he joins the organization as a Special Alumni Advisor.

In this role, Rinne will learn from and observe alongside Predators Goaltending Coach Ben Vanderklok and Goaltending Development Coach Dave Rook with the team’s goalie prospects in Nashville, Milwaukee and overseas. Additionally, he will participate in alumni activities throughout Nashville and the Middle Tennessee area, and continue to serve as an ambassador and representative for the Nashville Predators Foundation.

“Since his retirement from playing, we’ve reminisced fondly about all the memories Pekka provided not only everyone in our organization but Predators fans worldwide, so we couldn’t be more excited to welcome him back in this capacity,” says President of Hockey Operations/General Manager David Poile. “In addition to being such an impactful person in our community, we have no doubt that he will be a valuable resource for all the goaltenders in our system. Having his experience and presence will deeply benefit our entire organization both on and off the ice.”

Rinne’s career goals-against average of 2.43 is tied for the fifth-best mark among goaltenders with at least 350 wins in NHL history, trailing only Dominik Hasek, Martin Brodeur, Jacques Plante and Jonathan Quick. Further signifying his impact on the NHL’s record books, Rinne is one of 12 goaltenders in League history to notch at least 350 wins and 60 shutouts, with eight members of that group enshrined in the Hockey Hall of Fame.

Off the ice, Rinne won the 2021 King Clancy Memorial Trophy, an appropriate recognition of a career spent dedicated to the Nashville and Middle Tennessee communities and the Predators Foundation.