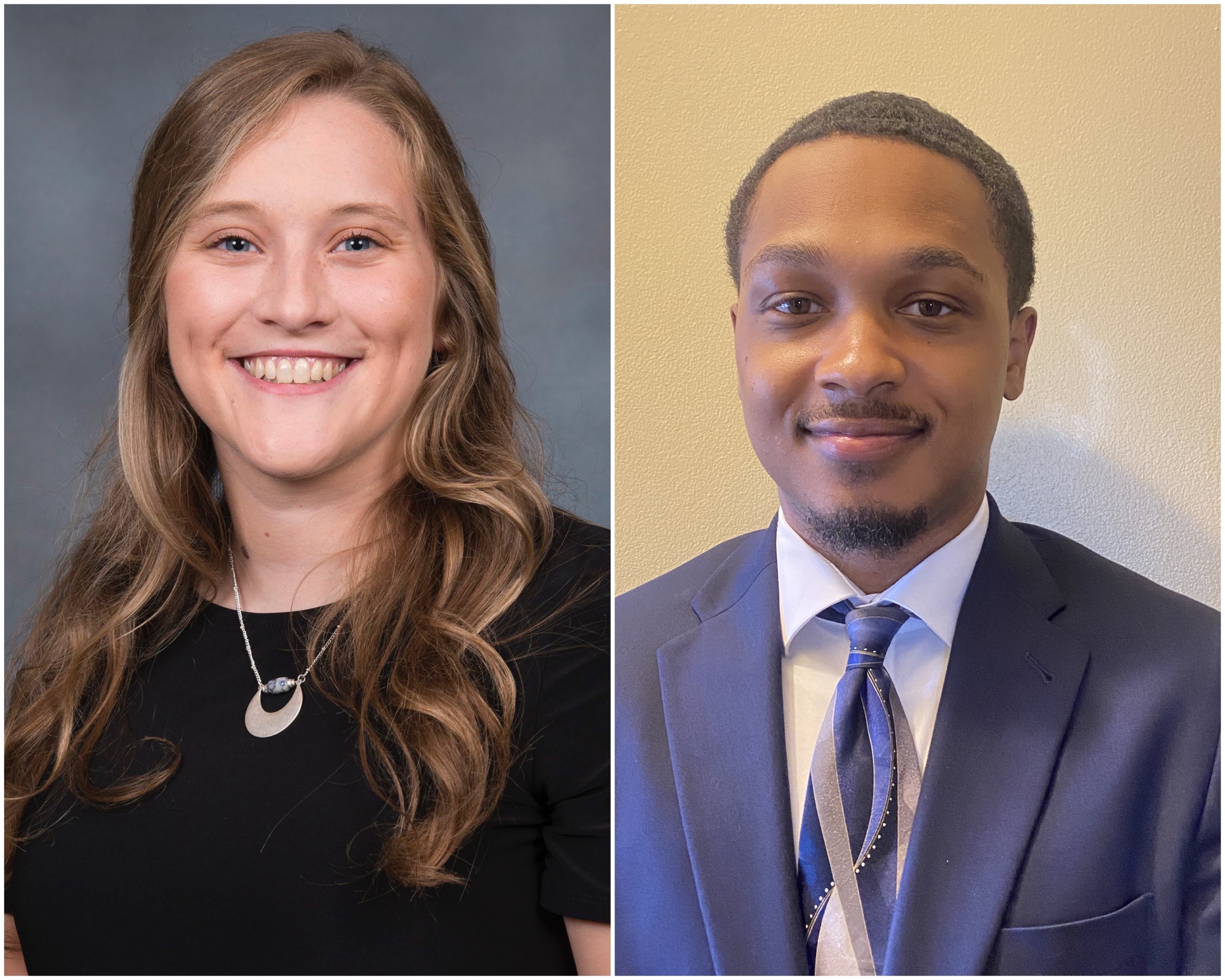 Katie Risewick and Jahmil Taylor. Photos: Courtesy of the OVC

Ohio Valley Conference Commissioner Beth DeBauche has announced the hirings of Katie Risewick and Jahmil Taylor. Risewick will serve as the Director of Compliance and Championships, while Taylor will be the Director of Creative Content. Both begin their roles next week.

“Jahmil and Katie will be terrific additions to our dedicated OVC staff, given their passion for intercollegiate athletics, commitment to service, and reputation for hard work,” says DeBauche. “I am delighted they have joined our team as we strive to provide an exemplary experience for our OVC student-athletes.”

Risewick worked as a Special Projects Manager at the Evansville Sports Corporation from May 2018 until August 2021, which included working with the Ohio Valley Conference Men’s and Women’s Basketball Championships held at the Ford Center. She was also involved with the NCAA Division II Men’s Basketball Elite Eight and National Championship, the NCAA Division II Cross Country Regionals & Championships and the High School Basketball Showcase. In August 2022, she graduated with a Master’s in Business Administration from the University of Louisville. While in graduate school she interned with the University of Louisville Athletic Department.

Taylor graduated from The University of Mount Union in May 2022 with a Bachelor of Arts in Integrated Media and with a minor in Sport Business. While there, her worked with the sports information department where he planned and created engaging content for Mount Union’s athletic social media platforms. Additionally, he worked with Raider Student Media, a student-led media apparatus that produced feature stories and short films, as well as planning and covering school events.