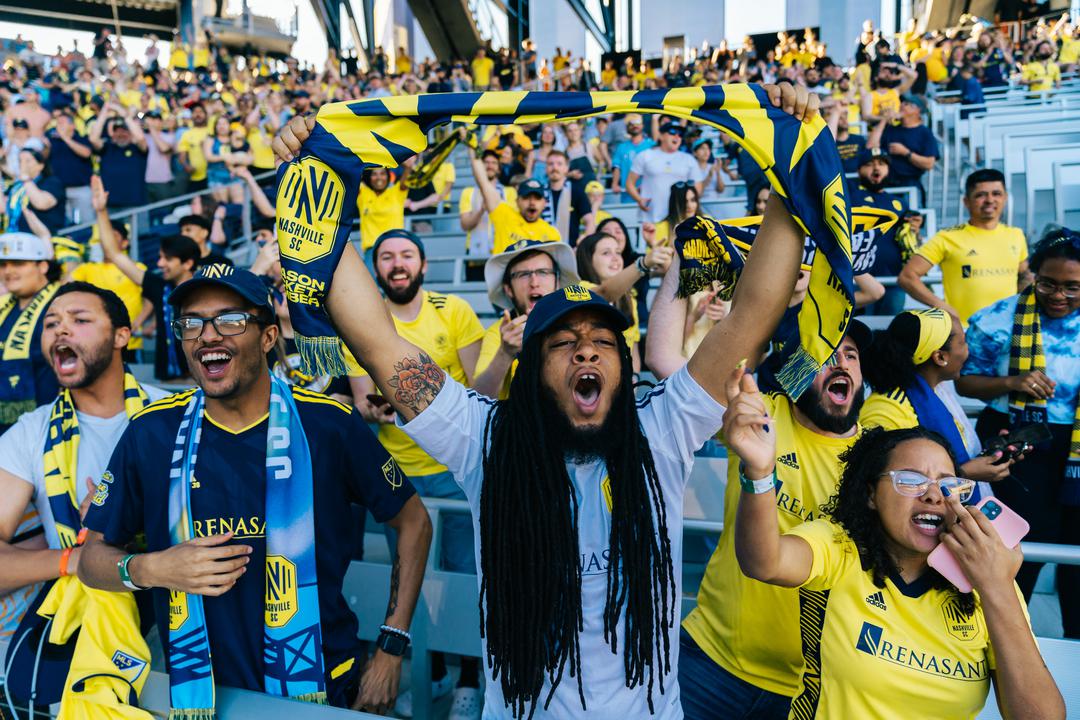 Nashville Soccer Club has just one more home game left of the regular season and plan on making it a fun one as they host its official Fan Appreciation Night at GEODIS Park on Sunday, Oct. 2. The Boys in Gold will take on the Houston Dynamo.

The event will highlight the club’s dedicated fanbase, feature family-friendly activities and showcase select fans’ talent as the pre-match and halftime entertainment.

The winner of the 2022 Riff Off Competition, Bill Worrell, will perform the pre-match guitar riff right before kickoff. Chosen from online fan submissions, Nashville SC will also feature a variety of musicians and artists for the pre-match and halftime entertainment, including The Decades, Nathan Ramirez (also known as Virtues), Sarah Somebody, The Band Pacific, Lana Scott, Kate Guidry and Aaron Farquhar.

The Fan Zone outside the north concourse will also feature a variety of family-friendly activities, including an inflatable kick wall, video games and yard games, among others. When fans arrive at their seats, they will receive a CrowdSync LED wristband to wear throughout the match. The Nashville SC control room will activate the wristbands during the pre-match activities and throughout the match to electrify the stadium atmosphere for the players and fans.

The club will also be offering two special beer options at a reduced price in the North, South and East concourses. Select 12 oz drafts will be available for $6 and select 20 oz drafts for $10. Fans can visit the Heineken Bar on the North Concourse; HIVE Bar, Lo Siento Bar and Cumberland Crafts on the East Concourse; and Refrescos Bar and HIVE Bar on the South Concourse for the drink specials.

Additionally, to honor the dedicated supporters groups, Nashville SC will welcome members of each supporters group to carry their respective flag on the pitch alongside the GEODIS Community Flag before kickoff. Supporters groups being represented include The Assembly, The Roadies, Eastern Front, Music City Heaters, La Brigada de Oro and The Mixtape 615.