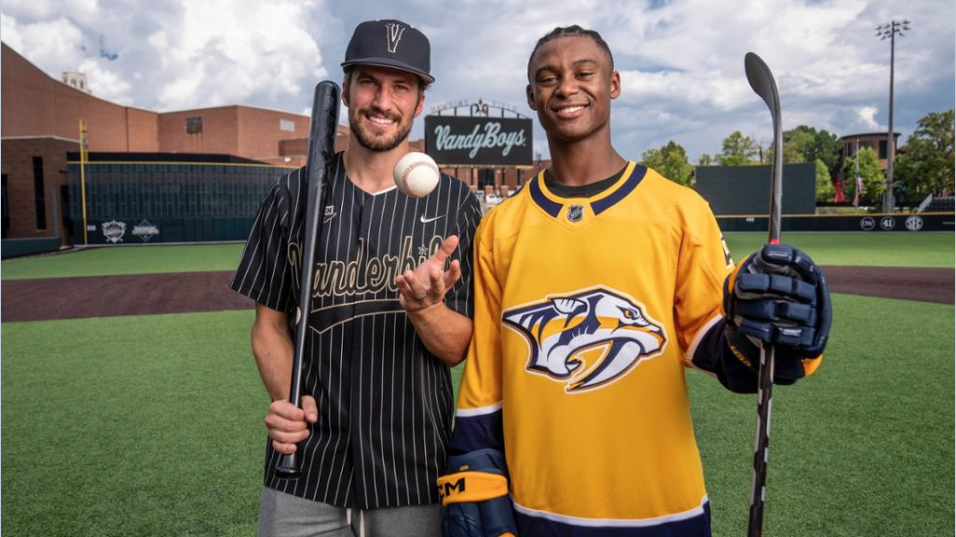 Nashville Predators players and student-athletes from Vanderbilt University will take part in the inaugural Smashville Showdown at Hawkins Field on Monday, Sept. 19, prior to the start of the team’s training camp and ahead of the 2022-23 NHL season.

The charity event, which kicks off at at 6 p.m. CT, will be comprised of two different events–a home run derby followed by a softball game with mixed teams of Predators players and Vanderbilt student-athletes. Predators Head Coach John Hynes and Vanderbilt Baseball Head Coach Tim Corbin will serve as the official coaches for the two softball teams, with mascots GNASH and Mr. C standing in as their assistants.

“We are incredibly excited to collaborate with Vanderbilt University and bring our two organizations together for a unique project benefitting the local community,” says Predators Vice President of Community Relations Rebecca King. “It’s going to be a lot of fun for Predators fans to see their favorite players trade their hockey helmets for batting helmets and step up to the plate alongside Vanderbilt student-athletes, all while helping a great cause. We hope this event will make a big impact in our community and be a staple of our preseason schedule for years to come.”

“Needless to say, we are thrilled to collaborate with the Nashville Predators on what we both hope to make an annual event for the community,” says Vanderbilt Baseball General Manager and Chief of Staff Brooks Webb. “This has been a vision for several years now, and it will be an exciting evening watching some of the best from the Predators and Vanderbilt on Hawkins Field become a reality.”

Additionally, Predators broadcasters Chris Mason and Lyndsay Rowley, along with in-arena host Wayne D, will be live from Hawkins Field bringing fans closer to the action with on-field interviews during the event.

More information about the Smashville Showdown will be released in the coming weeks.