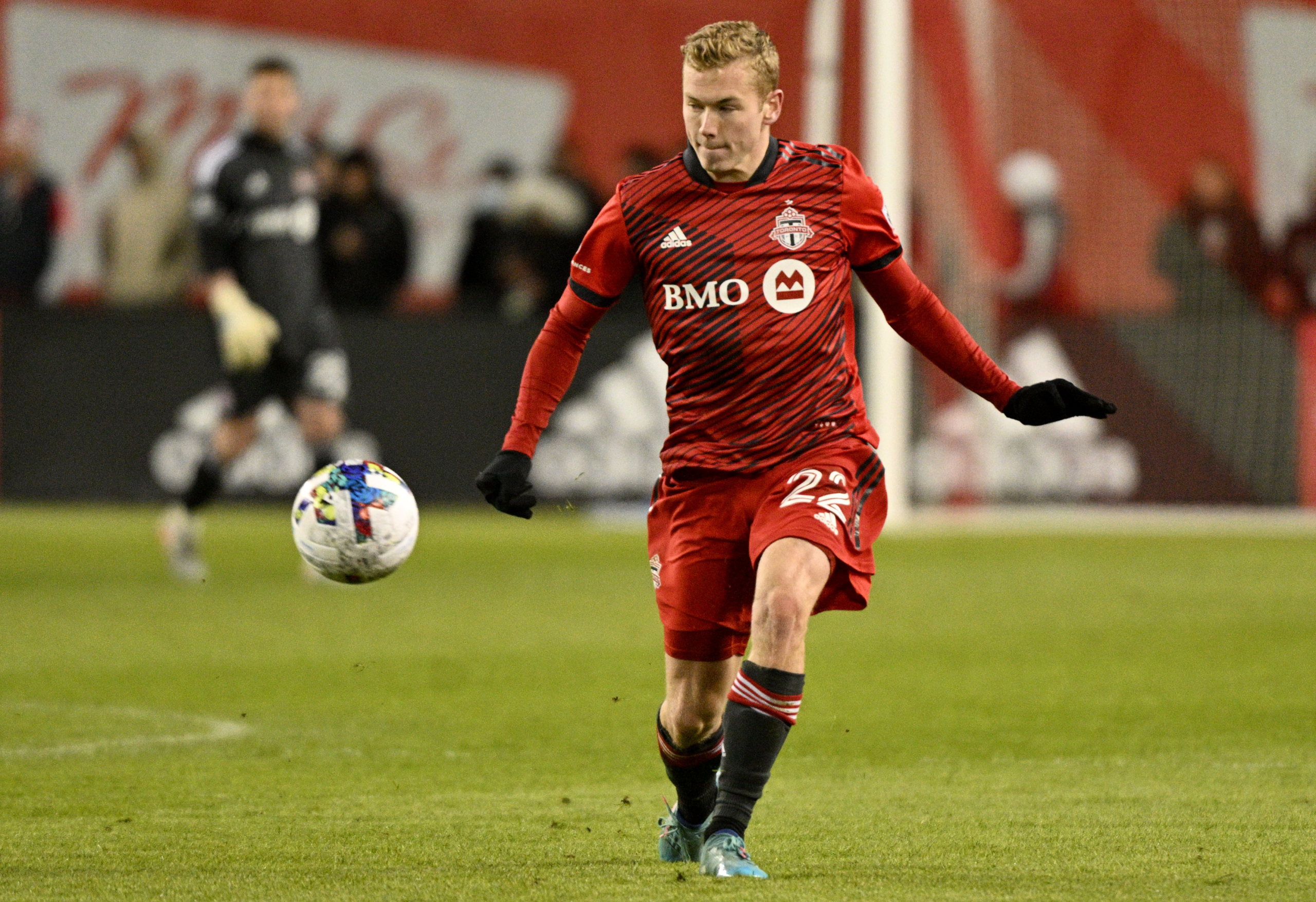 Nashville Soccer Club has signed winger Jacob Shaffelburg on loan from Toronto FC through the 2022 MLS season in exchange for $225,000 in 2022 General Allocation Money (GAM). Shaffelburg is set to join Nashville SC upon receipt of his P-1 Visa and International Transfer Certificate.

Nashville SC will also receive a 2022 international roster spot from Toronto as part of the deal, as well as the option to exercise a permanent transfer for Shaffelburg in 2023.

“Jacob is a versatile wide player with rapid pace that makes him a constant threat,” says Nashville SC General Manager Mike Jacobs. “We are excited to add him as he has the potential to provide a different dimension to our group. At a young age, he also has excellent experience in MLS as well as in representing his country.”

Shaffelburg, 22, joins Nashville SC from Toronto FC where he made 47 appearances across all competitions since 2019. During his time there, he helped lead The Reds to a 2020 Voyagers Cup in the Canadian Championship. In 2021, he was awarded the Best Young Canadian Player award by the Canadian Soccer Association, which recognizes each tournament’s best Canadian U-21 player.

Shaffelburg made his first appearance for Toronto FC in the 2019 Concacaf Champions League on Feb. 19, 2019, and then later signed with the club as a Homegrown Player on June 21.

At the international level, Shaffelburg made his Canada Soccer Men’s National Team debut on Jan. 10, 2020 in a friendly against Barbados and has since earned a total of three caps.