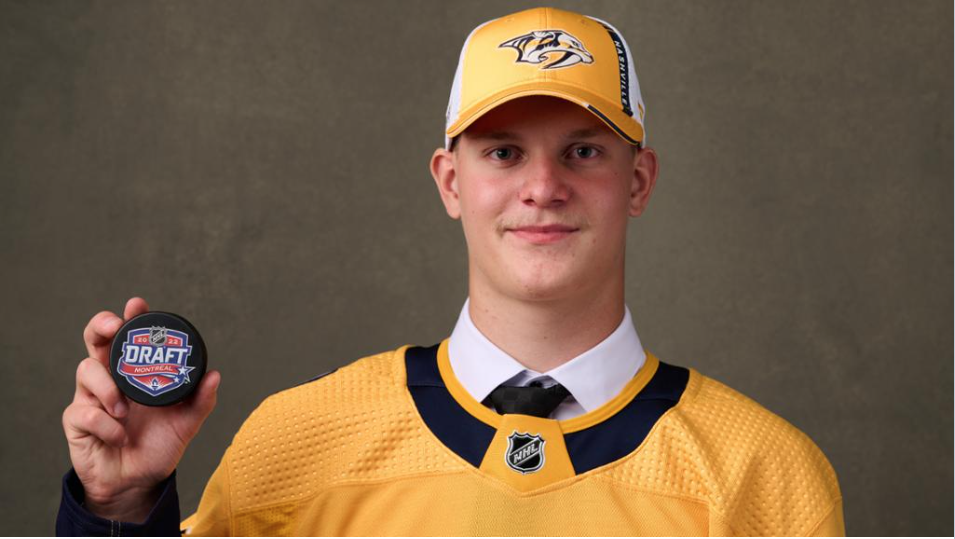 After an eventful beginning to the 2022 NHL Draft with multiple trades, the Nashville Predators held on to its 17th overall pick and selected forward Joakim Kemell.

An 18-year-old Finnish native, Kemell skated in his first full professional season with JYP of the Finnish Liiga, tallying 23 points (15 goals, 8 assists) in 39 games. He led all Liiga rookies and was tied for third on his team in goals with 15. His 23 points were the second-most among U-19 skaters in his league, and he was ranked as the No. 2 international skater, according to ESPN.

“He’s a talented offensive player who can beat you in a lot of different ways,” notes Predators Assistant General Manager/Director of Scouting Jeff Kealty. “He’s very strong on his feet, he can play in traffic, and he’s got an excellent shot and release. He can score in a lot of different ways. He has top-six ability and the ability to produce at the National Hockey League level.”

The 5-foot-11, 171-pound right wing made his Liiga debut at age 17 and became the youngest player in league history to score a goal in each of his first two career games. Prior to turning pro, Kemell competed for JYP’s U-20 side, leading his team in goals (22) and points (36) during the 2020-21 campaign.

At the international level, Kemell was named to his country’s roster for the 2022 World Junior Championship, earned bronze at the 2022 U-18 World Championship and was an alternate captain at the 2021 Hlinka Gretzky Cup, where he was tied for third in goals with five.

“He’s versatile, but the first thing about him is that he’s a goal scorer,” Predators European Scout Janne Kekalainen adds. “He’s an extremely confident kid and has a presence and swagger about him. He can shoot from all places and knows how to finish.”