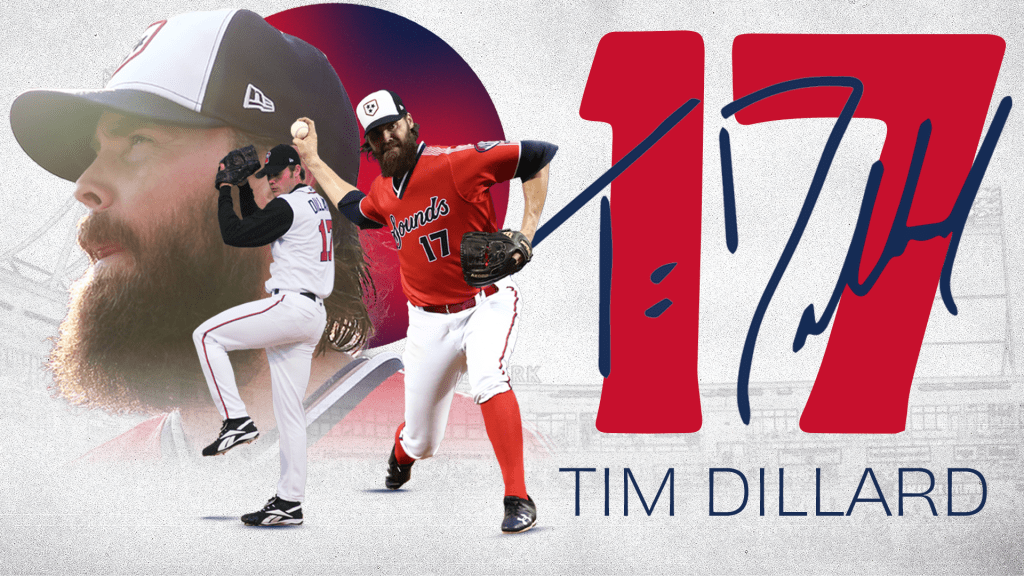 Courtesy of the Nashville Sounds

The Nashville Sounds Baseball Club will retire longtime fan favorite Tim Dillard’s No. 17 in a pregame ceremony on Friday, July 29 before the Sounds host the Charlotte Knights.

Dillard pitched with the Sounds for parts of nine seasons from 2007-14 (Milwaukee Brewers) and 2019 (Texas Rangers). He is among franchise leaders in nearly every major pitching category including wins (48), innings pitched (710.0), games (242) and strikeouts (437), and ranks third all-time in starts (69).

The right-handed pitcher becomes just the third Sounds player in franchise history to have his number retired, joining Skeeter Barnes’ No. 00 and Don Mattingly’s No. 18.

“We are incredibly thrilled to retire Tim Dillard’s number 17 and honor his legacy forever,” says Adam English Sounds General Manager and Chief Operating Officer. “Dillard has meant so much to the Nashville Sounds, both on and off the field, and we’re excited to celebrate him and recognize his success as one of the all-time greats in franchise history.”

Dillard’s 17-year playing career included 73 games in the big leagues, all with the Milwaukee Brewers from 2008-11. He had 511 career minor league appearances, including 139 starts. In 2019, he led the Pacific Coast League with 153 1/3 innings and led the Sounds with nine wins. He was second on the club with 103 strikeouts. Dillard was voted as the Sounds co-MVP, an honor annually voted on by Nashville players.

Dillard’s jersey retirement ceremony is on the same night as his bobblehead giveaway presented by First Horizon, which will be given to the first 2,000 fans.