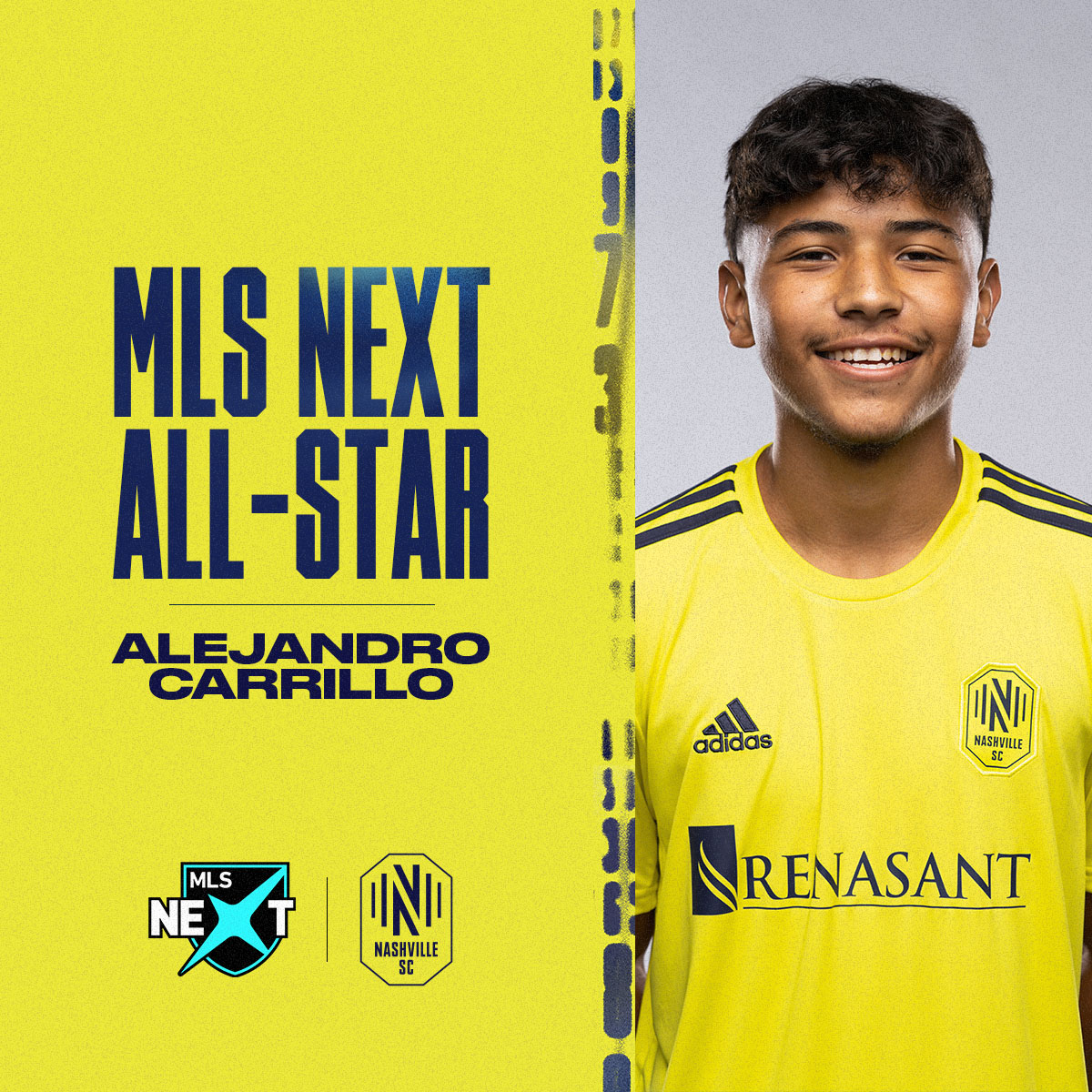 Nashville Soccer Club’s Academy player Alejandro Carrillo has been selected to compete in the inaugural MLS NEXT All-Star Game, presented by Allstate. The game will provide a world-class experience for the best young players in North America to showcase their talent on a national stage.

“Alejandro had a great year in our academy and was rewarded with a preseason invite with our first team in January,” says Nashville SC General Manager Mike Jacobs. “His play in our defense has been a key in that group’s success, and we are proud to see his performances recognized.”

Carrillo is a 17-year-old defender from Nashville who played for Nashville United Soccer Academy prior to joining the Nashville SC Academy. The U-17s centerback has demonstrated a tremendous amount of leadership for the club on and off the pitch and become one of the most respected players within the group.

“Alejandro joined the Academy in our first year after being identified at a local youth club here in Nashville. He was identify by our scouting department for showing his ability as a player but he also displayed the competitive character necessary to succeed in an MLS Academy environment,” says Nashville SC Academy Director Kevin Flanagan. “He is a player that sets high standards for himself and that level of commitment has helped earn him this opportunity and recognition. I’m sure he will enjoy the experience and represent the club well in Minnesota.”

The MLS NEXT All-Star Game will feature two teams that will compete in an East vs. West format at the National Sports Center in Blaine, Minnesota on Wednesday, Aug. 10. The match will be streamed live with further tune-in details expected at a later date. Admission to the MLS NEXT All-Star Game presented by Allstate at the National Sports Center is free of cost.