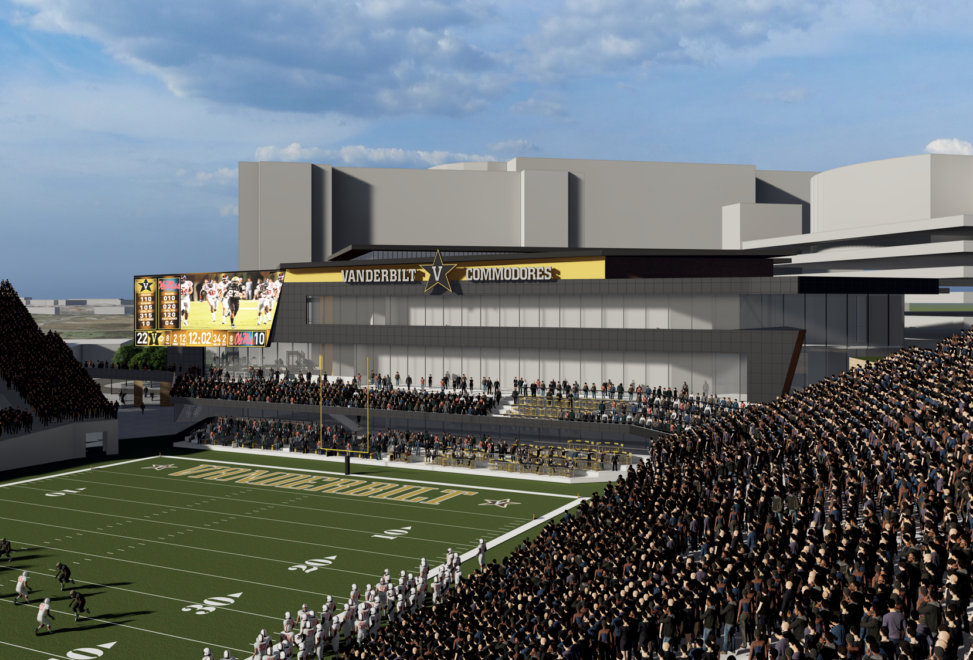 The work has begun on the initial phase of upgrades to the suite level and bridge seating at Vanderbilt Stadium as part of the Vandy United campaign.

The bridge level, which includes premium seating located under the press box, will undergo significant enhancements. New heating units and cooling fans will be installed, as well as new seating. The standing area behind the seats will include a drink rail, and the concessions area will also be upgraded. The entire space will receive new flooring, paint and graphics.

The suite level of the press box at Vanderbilt Stadium will have new windows installed. The windows can be opened and closed to bring a new level of game day experience to patrons. All suites will receive new seating, carpet and paint.

These projects, along with the 2021 addition of premium seating in the north end zone, give Vanderbilt Stadium a complete upgrade of existing premium seating offerings over the past two seasons.

The upgrades will be finished before the Commodores open the home portion of their season on Sept. 3 versus Elon.