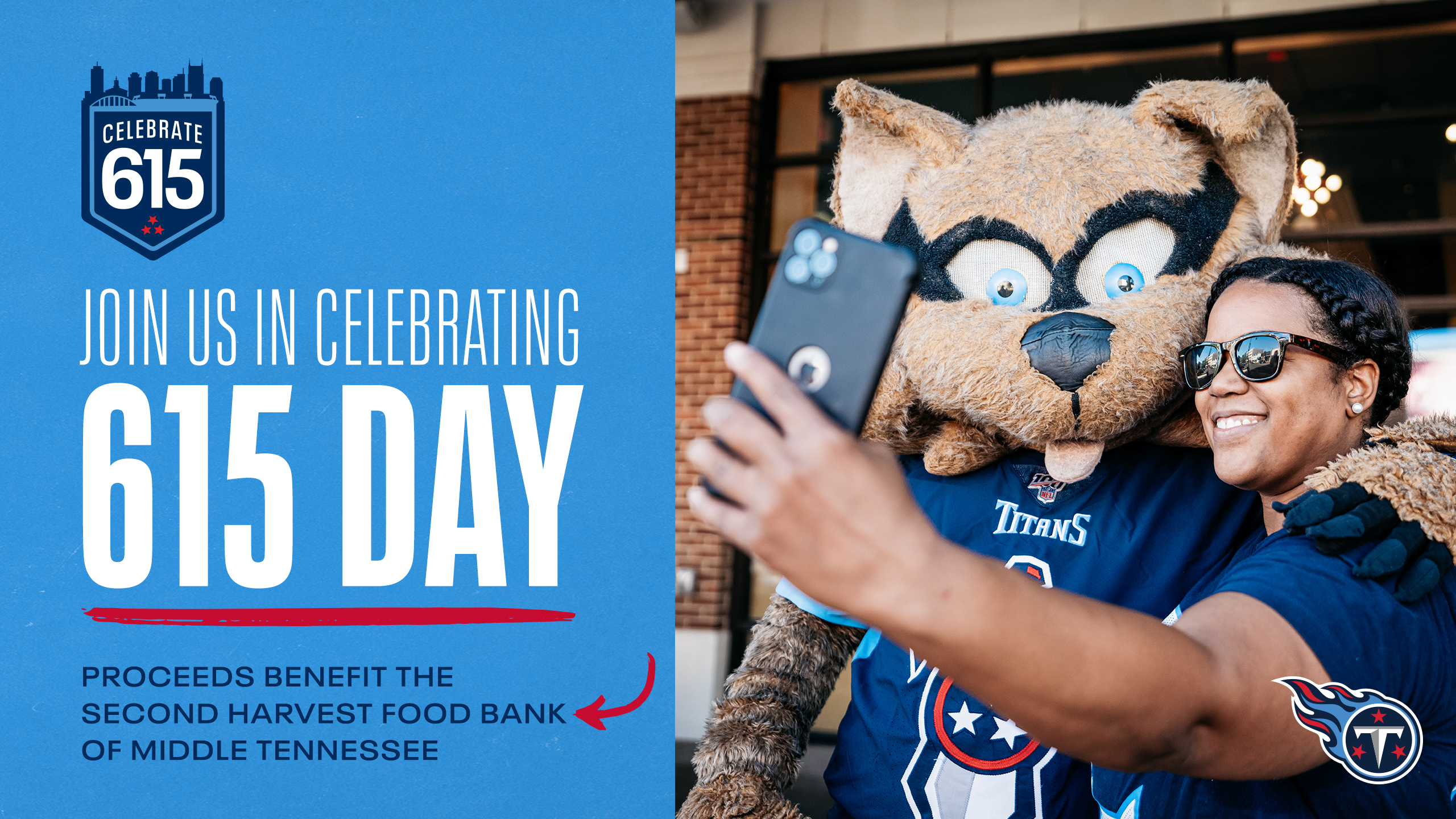 The Tennessee Titans are launching a week-long food drive in honor of next week’s 615 Day, celebrated annually in Nashville on June 15.

The Titans will also host a pop-up store on the second floor of Fifth + Broadway near the escalators on Wednesday, June 15 at 5 p.m. CT. The store will feature a retail area with 615 t-shirts, screen printing, and giveaways. Additionally, $6.15 happy hour specials will be running until 6:15 p.m. CT in the adjoining food hall.

“615 Day is all about celebrating our Nashville community and what makes this city so incredibly special,” says Kate Guerra, Titans Vice President of Marketing and Communications. “I can’t think of a better way to honor our city than working together to benefit one of our most critically important organizations, Second Harvest. We hope fans will drop off donations throughout the week and join us on June 15, ending the day at Fifth + Broadway.”

Titans mascot T-Rac and Titans cheerleaders will visit all six locations on June 15 to collect the donations, bringing giveaways, prize packs, WWE SummerSlam tickets and more throughout the day. Visit times can be found at www.tennesseetitans.com/celebrate615.

A special collection of Titans 615 clothing is now available at the Titans Pro Shop in-store and online. A portion of proceeds from all t-shirts sold will be donated to the Titans Foundation, which supports communities throughout the state.