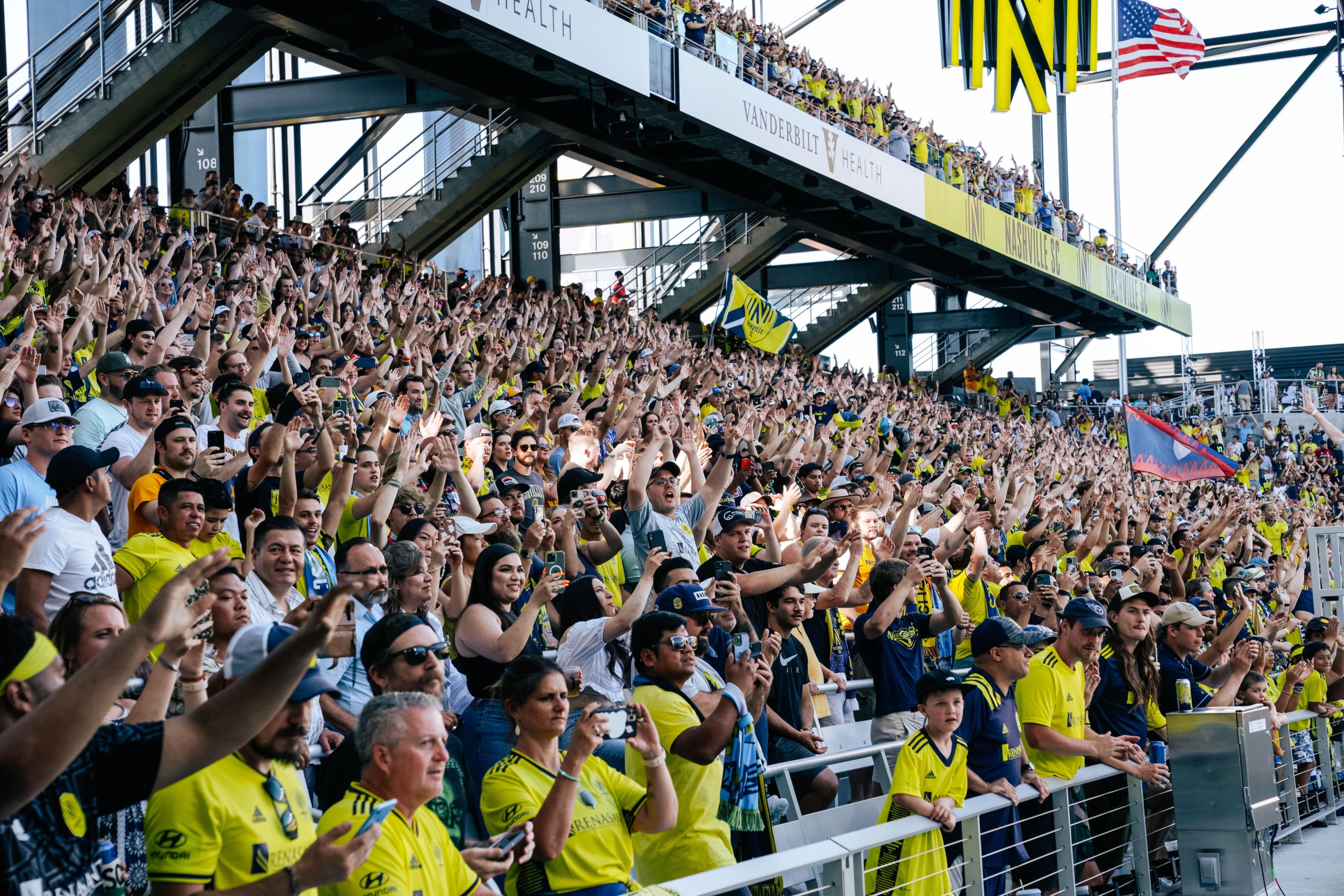 Nashville Soccer Club has surpassed 23,000 Season Ticket Memberships (STM) and sold out of its allotment of season tickets for the 2022 Major League Soccer season at GEODIS Park.

This historic moment has prompted the club to open a waitlist for 2023 season tickets for fans still wanting to be a part of the MLS action.

Following the 2023 STM renewal period and ability to relocate seats, fans on the waitlist will be contacted by the club in order of priority for newly available season ticket options. Fans can get a more in-depth view of GEODIS Park seating by visit Nashville SC’s Virtual Venue for an architecturally accurate 3D map and seat views.

“Everyone at Nashville Soccer Club has literally been blown away by the size of the support, energy and commitment that Nashville has shown to our team and particularly to our new home GEODIS Park,” says Nashville SC CEO Ian Ayre. “To reach the number we defined originally as our cap for season tickets in our first season in the stadium is truly outstanding.

He continues, “Twenty-three thousand puts us in the top group of MLS team season ticket memberships only behind teams like Atlanta United and the Seattle Sounders, all of whom play in shared stadiums with NFL teams. Another great example of Nashville competing at the highest level.”

For current STM’s, the renewal process for the 2023 season will begin July 1 at 10 a.m. CT and continue through July 31. Later this month, STM’s will receive information regarding 2023 season pricing, as well as instructions on how to log into and manage their accounts. The first payment of auto-renewals for STM’s will run on Aug. 1.

As part of the 2023 renewal package, STM’s will be able to be a part of the newest club tournament in North American soccer, the Leagues Cup. Here, all MLS and Liga MX clubs will pause their respective seasons to face each other in an annual, month-long tournament.

Officially sanctioned by Concacaf, the Leagues Cup champion will earn automatic qualification to the Concacaf Champions League Round of 16. Clubs finishing second and third in Leagues Cup will qualify for the CCL Opening Round.

Leagues Cup 2023 is the latest and most ambitious step in the growing partnership between MLS and Liga MX to further elevate the special rivalry, sport and confederation. Leagues Cup 2023 will make history as the first major soccer tournament to feature every club from a pair of top-flight leagues.