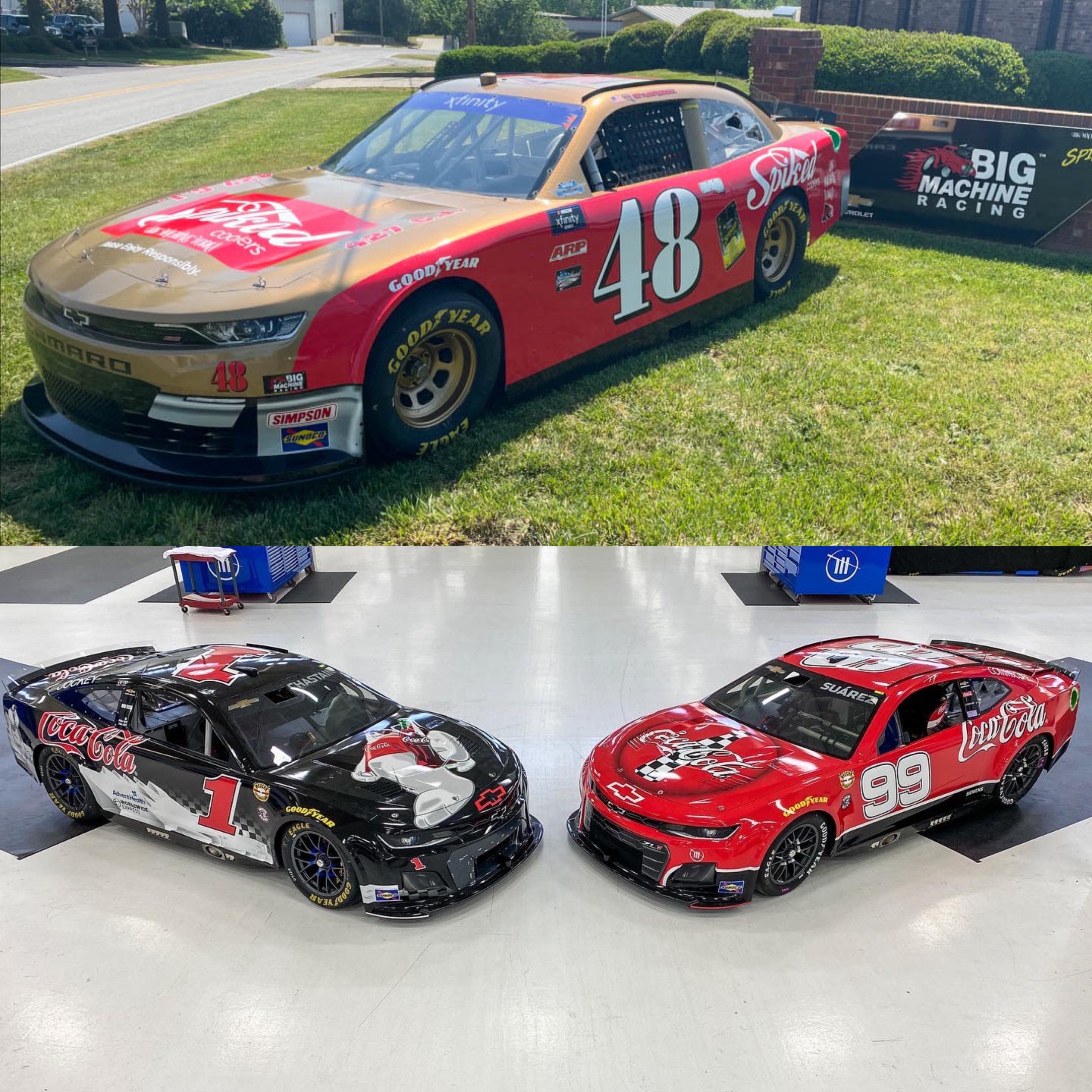 Pictured L-R: Dale Earnhardt Sr. and Dale Earnhardt Jr. in front of their cars ahead ahead of the 1998 NASCAR exhibition race. Photo: Courtesy of Trackhouse Racing

“We wanted to do something that honors the legacy of the sport, recognizes our valued partners at Trackhouse Racing and something that fans can get behind,” says Trackhouse Founder and Owner Justin Marks. “We think that this is the right combination, marrying the history of the Earnhardts who are both hall of famers, acknowledging our support from Coke and Chevrolet, plus supporting the fans excitement for Throwback Weekend in Darlington.”

Chastain has had an amazing year so far winning two races and finishing in the top-five seven times in his first season with Trackhouse.

“I never dreamed I would get to run a Dale Earnhardt Jr. paint scheme. It’s a privilege and it’s certainly one of my career highlights. I hope we have a good run and can make Earnhardt nation proud.” says Chastain.

Big Machine Racing is in its second season in the Xfinity Series and, as an avid racing fan and current autosports competitor, owner and founder Scott Borchetta is excited to honor the great Bobby Allison.

“We are honored to celebrate the 50th anniversary of Bobby Allison’s 1972 Southern 500 win. The design has always been a fan favorite and we’re thrilled to have former Xfinity Series champ Tyler Reddick behind the wheel. Tyler is a wheel-man and this is his kind of track,” says Borchetta.

Reddick won the Xfinity Series title in both 2018 and 2019. He drives full-time for Richard Childress Racing in the Cup Series, finishing in the top-five three times in 11 races.

“I’m really excited to get back in an Xfinity Series car and it’s even cooler that I get to do it for Darlington Throwback Weekend,” says Reddick. “I’ve always loved that weekend because it honors our sport’s legends, like Bobby Allison. Big Machine Racing put together a really awesome looking car, and Bobby Allison is not only a NASCAR Hall of Famer but a NASCAR icon. I hope we can get this hot rod in Victory Lane on the 50th anniversary of his Southern 500 win.”