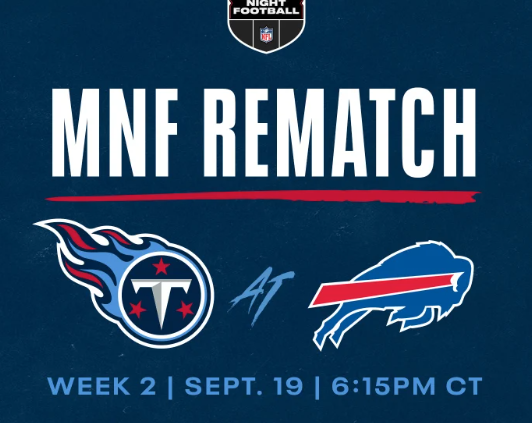 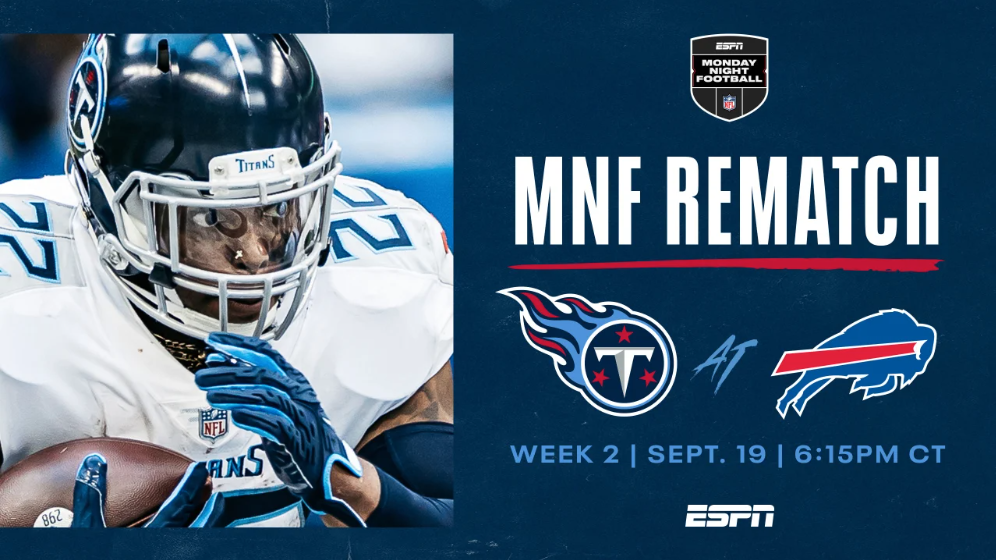 While the full Titans schedule doesn’t drop until Thursday (May 12), the team has announced that Tennessee will be heading to Buffalo in Week 2 to face the Bills on Monday Night Football in an early primetime matchup.

Each day this week, the NFL is dropping bitesized scheduling announcements leading up to the complete schedule release on Thursday night. In late April, the league finalized the five international games taking place in 2022.

Both the Titans and Bills are coming off great seasons as two of the top teams in the AFC. This early MNF matchup could be a great 2023 NFL playoff preview.

All clubs will announce their first home game opponent on Thursday at 5 p.m. CT before the full schedule release later that evening at 7 p.m. CT.