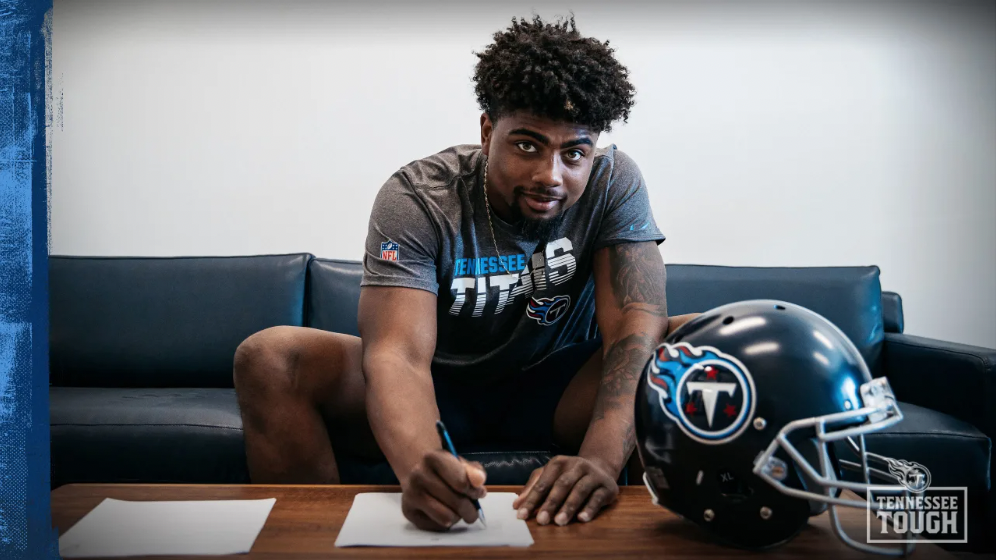 The Tennessee Titans and 2022 first round draft pick Treylon Burks have agreed to a four-year contract with $14,369,590 guaranteed, according to ESPN’s Field Yates.

The Warren, Arkansas native, who was selected with the 18th overall pick of the first round, caught 66 passes for 1,104 yards and 11 touchdowns for the Razorbacks in 2021 to earn first-team All-SEC honors. Burks racked up a season-best 179 yards receiving on eight catches and matched a career-best with two touchdown’s at Alabama (Nov. 20) in 2021. In 2020, Burks led the Razorbacks with 51 catches, 820 yards (16.1 ypc) and seven touchdowns.

Burks is now the fifth member of the team’s nine-man draft class to reach a deal with the team. Earlier, the Titans signed running back Hassan Haskins (fourth round), receiver Kyle Philips (fifth round), defensive back Theo Jackson (sixth round) and linebacker Chance Campbell (sixth round) to rookie deals.

Now the only two draftees who haven’t come to an agreement include Auburn’s Roger McCreary and Liberty’s Malik Willis.