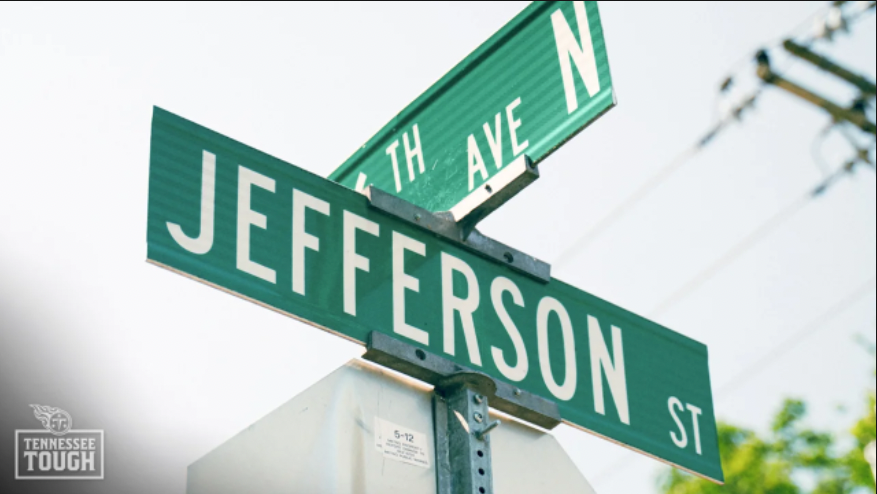 The Tennessee Titans are honoring the historic Nashville neighborhood of Jefferson Street as they celebrate the release of its 2022 schedule.

The team revealed its 2022 schedule through a short film highlighting eight iconic businesses on Jefferson Street in North Nashville, the historic corridor of Nashville’s African-American community. The film serves as a precursor for an all-season initiative to spotlight the businesses at each regular-season home game.

“Schedule Release Day is a landmark for creative teams across the NFL, and vying for the best and most creative way to unveil your team’s schedule can get fairly competitive,” says Surf Melendez, Vice President and Executive Creative Director for the Titans. “Ultimately, as we sat down to plan our strategy this year, we had this vision of taking our ‘moment’ and making it Nashville’s moment. Being able to celebrate Jefferson Street in a video seen by such a large part of our fanbase is one of the most impactful schedule release videos I’ve ever been a part of.”

The vision was established by the Titans creative team in collaboration with Seck., a multi-hyphenate filmmaker and visual artist. Seck. has an established reputation for changing perceptions of Nashville’s Black creative community, from hip-hop to filmmaking and beyond.

In the 1940s and 1960s, Jefferson Street was one of America’s best-known districts of jazz and rhythm and blues, among other musical genres. Legendary musicians flocked to the neighborhood to perform at one of its many entertainment centers.

“We are consistently working to preserve the lineage of Nashville’s ‘original music row’ and the legacy of Jefferson Street,” says Lorenzo Washington, owner of the Jefferson Street Sound Museum. “Legends have walked this street for decades, offering some of the greatest musical traditions and historical landmarks. We are proud to partner with the Titans as we continue to grow our business and create more opportunities to tell the Jefferson Street story.”

“Jefferson Street is absolutely essential to the fabric of the African-American community and all of Nashville,” says Adolpho Birch III, Senior Vice President of Business Affairs and Chief Legal Officer for the Titans. “For decades, these small business owners and others have worked diligently to maintain the character and integrity of the neighborhood and keep alive the stories of its rich history. Highlighting important touchstones like Jefferson Street and reinforcing the values of cultural diversity are deeply important to the Titans organization. We look forward to more opportunities to highlight streets and neighborhoods across the state of Tennessee.”

The Titans will spotlight the below Jefferson Street businesses and business owners: