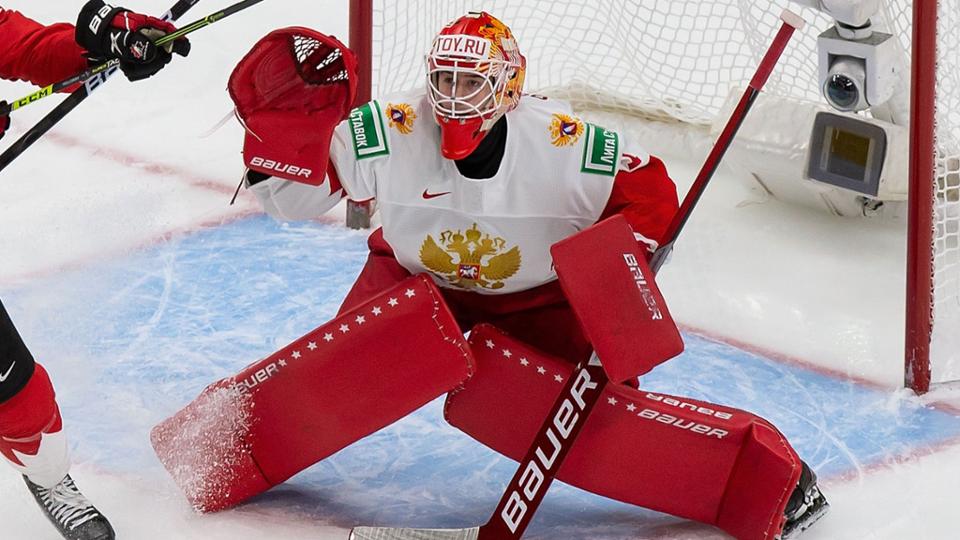 The Nashville Predators have signed goaltender Iaroslav Askarov to a three-year, entry-level contract that will begin in the 2022-23 season, President of Hockey Operations/General Manager David Poile announced.

Askarov, 19-years-old, spent the majority of the 2021-22 campaign with Neva Saint Petersburg of the VHL, the second-highest professional league in Russia, going 5-2-2 with a 2.57 goals-against average in nine appearances. The goaltender was also featured in six games for the KHL’s SKA Saint Petersburg, posting a 1.81 goals-against average and .913 save percentage, allowing two-or-fewer goals in four of his appearances.

As an 18-year-old in 2020-21, Askarov posted a 1.21 goals-against average and .951 save percentage in nine KHL appearances–leading league U-21 goaltenders in both categories–while recording a 5-4-0 record and one shutout.

The Omsk, Russia native has also starred internationally on several occasions, most recently at the last three editions of the World Junior Championship. He earned silver at the 2020 World Juniors and featured prominently in two of Russia’s international tournaments in 2019, winning gold at the U-18 Hlinka Gretzky Cup and taking home silver at the U-18 World Championship.

During the Hlinka Gretzky Cup, Askarov made 35 saves in the championship game against Canada and finished the tournament with a 1.25 goals-against average and .960 save percentage. Despite playing against competition a year older than him, he earned Best Goaltender honors in the U-18 tournament and made 26 stops in Russia’s overtime loss. He also backstopped Russia to a gold medal in the 2018 World U-17 Hockey Challenge, where he was named a tournament all-star.