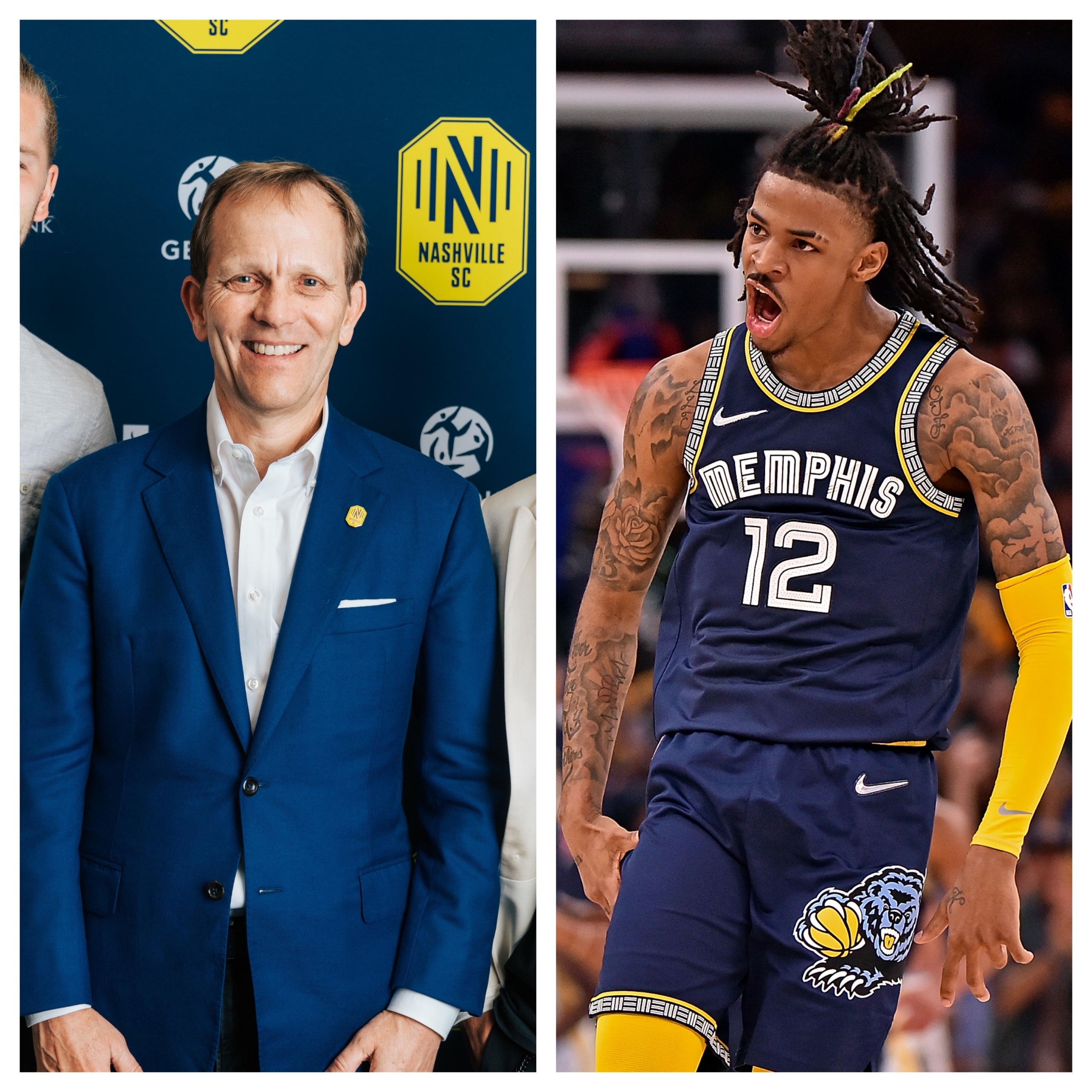 Ingram has led Nashville SC from its USL origins to be one of the most successful MLS teams these past two seasons. In May, Nashville SC opened GEODIS park, the largest soccer-specific stadium in the U.S. and Canada, in front of a sold out crowd of over 30,000 fans.

Morant has been one of the best players the NBA for the 2021-22 season, leading the Memphis Grizzlies to the second round of the NBA Playoffs and has been named as Male Professional Athlete of the Year. After sustaining an injury last season, he was awarded the NBA Comeback Player of the Year averaging 27.4 points per game, 5.7 rebounds per game and 6.7 assists per game. The Grizzlies have been named Professional Team of the Year after having one of their best seasons in almost a decade finishing second in the Western Conference winning 56 games.

Candace Parker has been named Female Professional Athlete of the Year. Parker, a former Tennessee Lady Vol, joined the Chicago Sky in 2021. The regular season ended with Parker and the Sky earning the No. 6 seed in the playoffs. They won two single-elimination games, followed by an upset of Connecticut in the semifinals, before beating the Phoenix Mercury to win the 2021 WNBA Finals. Parker averaged 16.6 points and 8.6 rebounds per game on the way to her second World Championship.

Vanderbilt’s Leiter was one of five consensus first-team All-Americans nationally. He named a first-team All-American by the American Baseball Coaches Association (ABCA), Baseball America, Collegiate Baseball and National Collegiate Baseball Writers Association (NCBWA). He was also the SEC Newcomer of the Year. He was selected by the Texas Rangers with the second overall pick of the 2021 MLB Draft. He has been named the Male Amateur Athlete of the Year.

Female Amateur Athlete of the Year is being awarded to Stanford golfer Rachel Heck. She is a native of Memphis, and a graduate of St. Agnes Academy in Memphis. She is a five-time AJGA All American, two-time USA Today High School Golfer of the Year, a four-time individual state champion, and winner of many events through the course of her prep career. Now, as a sophomore at Stanford, she is already tied for third most victories in school history.

The honors will be formally presented as part of the hall’s 2022 Banquet, presented by the Tennessee Titans on July 23 at the Omni Nashville Downtown. Tickets for the banquet ceremony can be purchased through the Tennessee Sports Hall of Fame website.