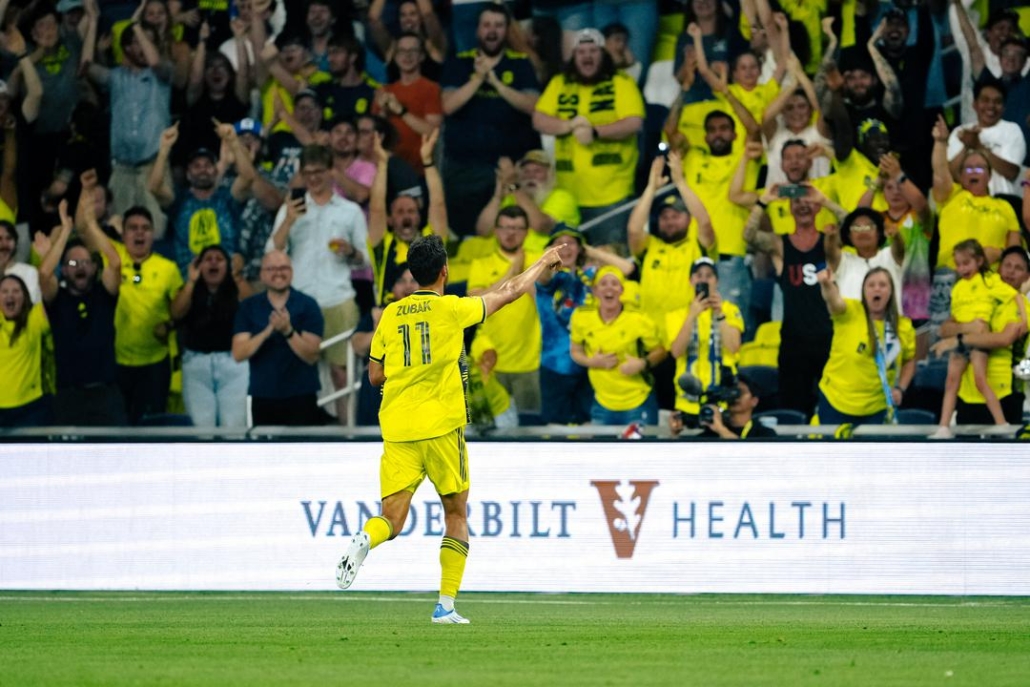 Being down 2-0 by halftime is something Nashville SC isn’t used to.

But a different team came out of the locker room for the second half. They pulled off an epic comeback scoring two goals, one which came in stoppage time. Then Ethan Zubak would clinch the comeback win with a goal, three minutes into extra time, clinching the 3-2 win over Atlanta United in the Lamar Hunt U.S. Open Cup Round of 32 at GEODIS Park on Wednesday night (May 11).

“There’s not an awful amount I can say to describe the event,” said head coach Gary Smith in a postgame press conference. “Atlanta was better in the first half and we were better than them in the second half. It took a monumental effort to turn around a difficult start. But in the end, I think we showed all the characteristics of team that has so much spirit, so much fight, and so much character.”

Zubak was subbed in at the 76th minute when Nashville was down 2-1 and showed immense effort, fighting along with his team to avoid elimination. His extra time goal was his first goal as a member of Nashville SC in one of the best performances in the club’s short history. 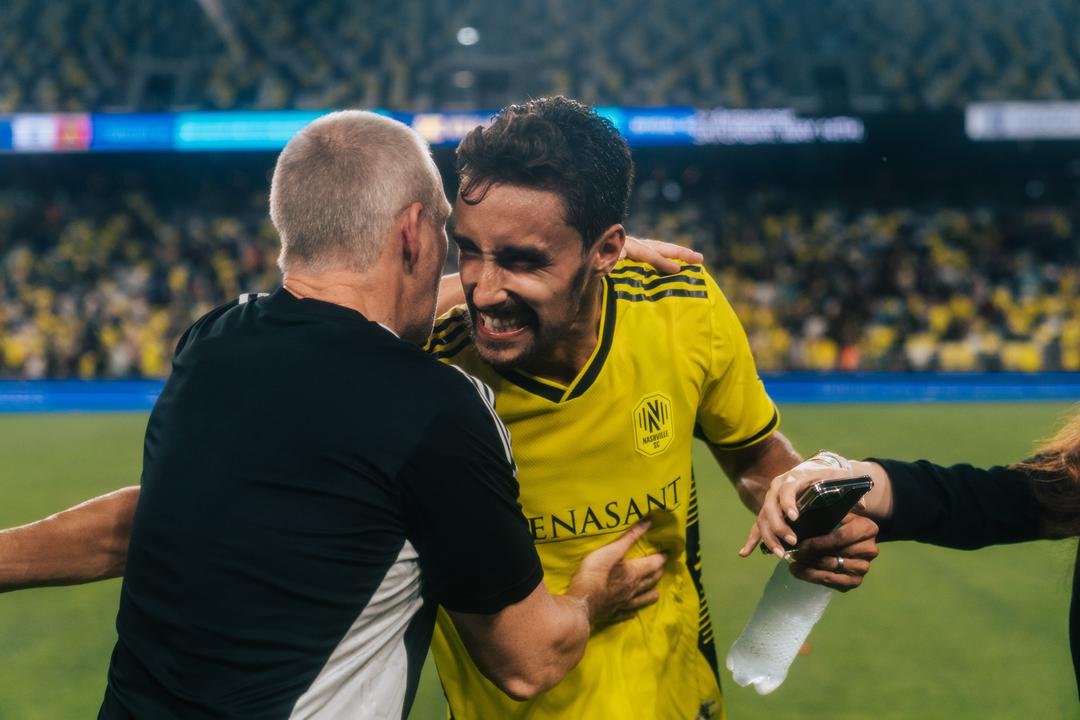 Nashville was coming off a 2-0 MLS win against Real Salt Lake just a few days prior but started off this cup match extremely slow, almost without the energy they usually do.

A few good moves and small chances were created by Hany Mukhtar and Ake Loba but nothing that could be turned into a scoring opportunity.

Atlanta kicked things off early with some great action, scoring in the 12th minute. Andrew Gutman took the ball in the box and far off the net to make a beautiful pass into the center of the box to Thiago Almada, who drilled it to the back of the net.

In the 29th minute, Atlanta made it 2-0 after a brilliant touch and strike by Luiz Arauja in the box. Nashville looked like they were caught sleeping.

Not much changed in Nashville’s play as they still couldn’t create a decent scoring opportunity around a stifling Atlanta defense.

“The guys understood and realized they performed below par,” said Smith. “There was no real conviction to the way we went about defending not only this home field but really attacking what was our debut in the Open Cup. 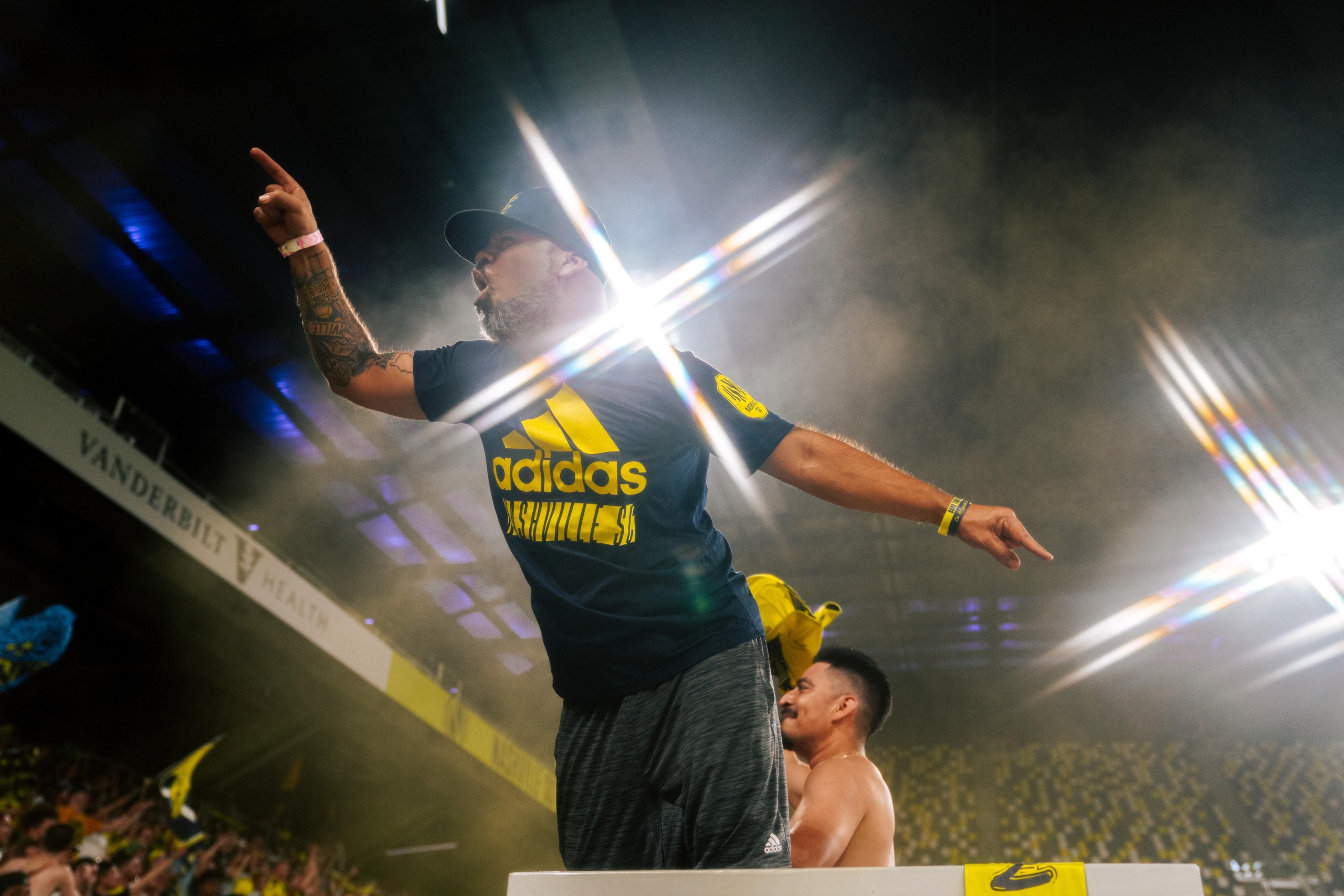 “Cup games are all about passion, belief and determination. If you want to win a cup competition, a knockout competition, you have to leave it all out there. There is no draws, there’s no ‘we get a point for that and well done.’ There has to be a very different attitude to it and in the second half we saw that.”

The Boys in Gold played a fantastic offensive press led by Loba and Mukhtar and in the 50th minute, Nashville drew a penalty with the opportunity to get on the board and change momentum.

Mukhtar, who has struggled with penalties in the past, took the opportunity and scored to make it 2-1. And even with a smaller crowd of only 12,000 fans on a Wednesday night, the roar and energy from the fans was instrumental to the team’s performance in second half.

But there was an extremely controversial moment in the 79th minute when Muktar placed a beautiful freekick inside to the box to Walker Zimmerman for a goal, but the line judge called it offside. Replay showed that Zimmerman was in fact onside and by a good distance.

“I don’t want to get into this but I thought the officials tried to do their very best to deny us the opportunity. And I’m trying to be as respectful as possible,” said Smith. “But there were other moments in that second period that the guys had laid everything on the line to get back in the game and were denied that.” 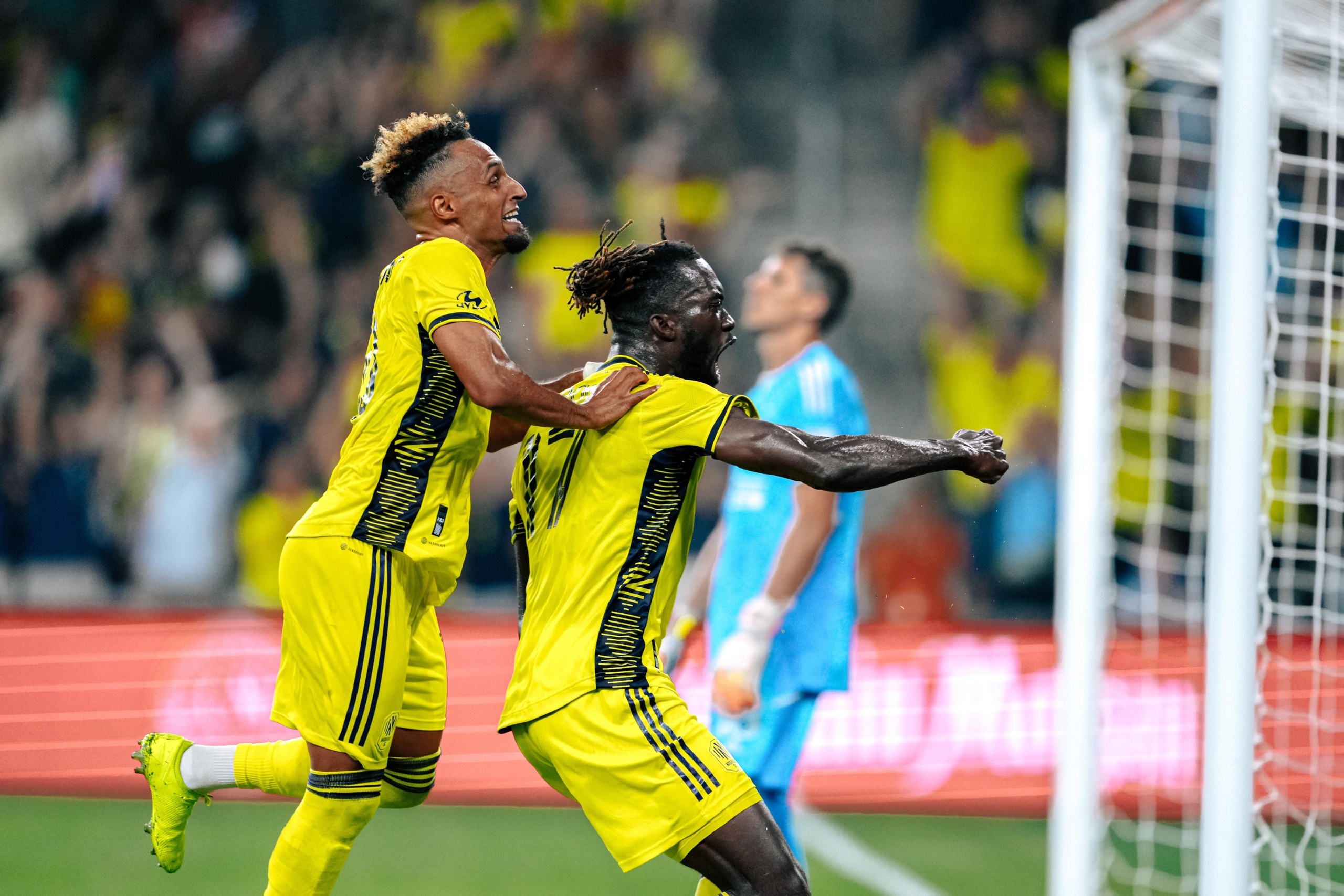 Luckily for Nashville, this officiating blunder didn’t stop the momentum.

In the second minute of stoppage time, CJ Sapong came off the bench scored a brilliant header off of a Tai Anunga pass. The goal completely defeated anything left in Atlanta’s moral and sent the game into extra time.

Nashville won 61 percent of duels and outshot Atlanta eight to five in the second half.

Next up, the Coyotes will be heading to Houston on Saturday to face the Dynamo at 7: 30 p.m. CT. Smith believes the energy and excitement from Wednesday’s Cup win will lead into the weekend’s league match.

“The guys will be as high as kite. I’ll be peeling them off the ceiling,” said Smith. “In fact, I won’t even have to ask them if they want to play this weekend. They will be absolutely jumping jacks out of the dressing room on Friday, they’ll have a recovery day tomorrow and they will be ready—trust me.”

Nashville will also wait to see who they will play in the US Open Cup Round of 16 as the draw for the next round will be on ESPN+ at 7:30 p.m. CT. Their possible opponents are Inter Miami, Orlando City SC and USL club Louisville City.