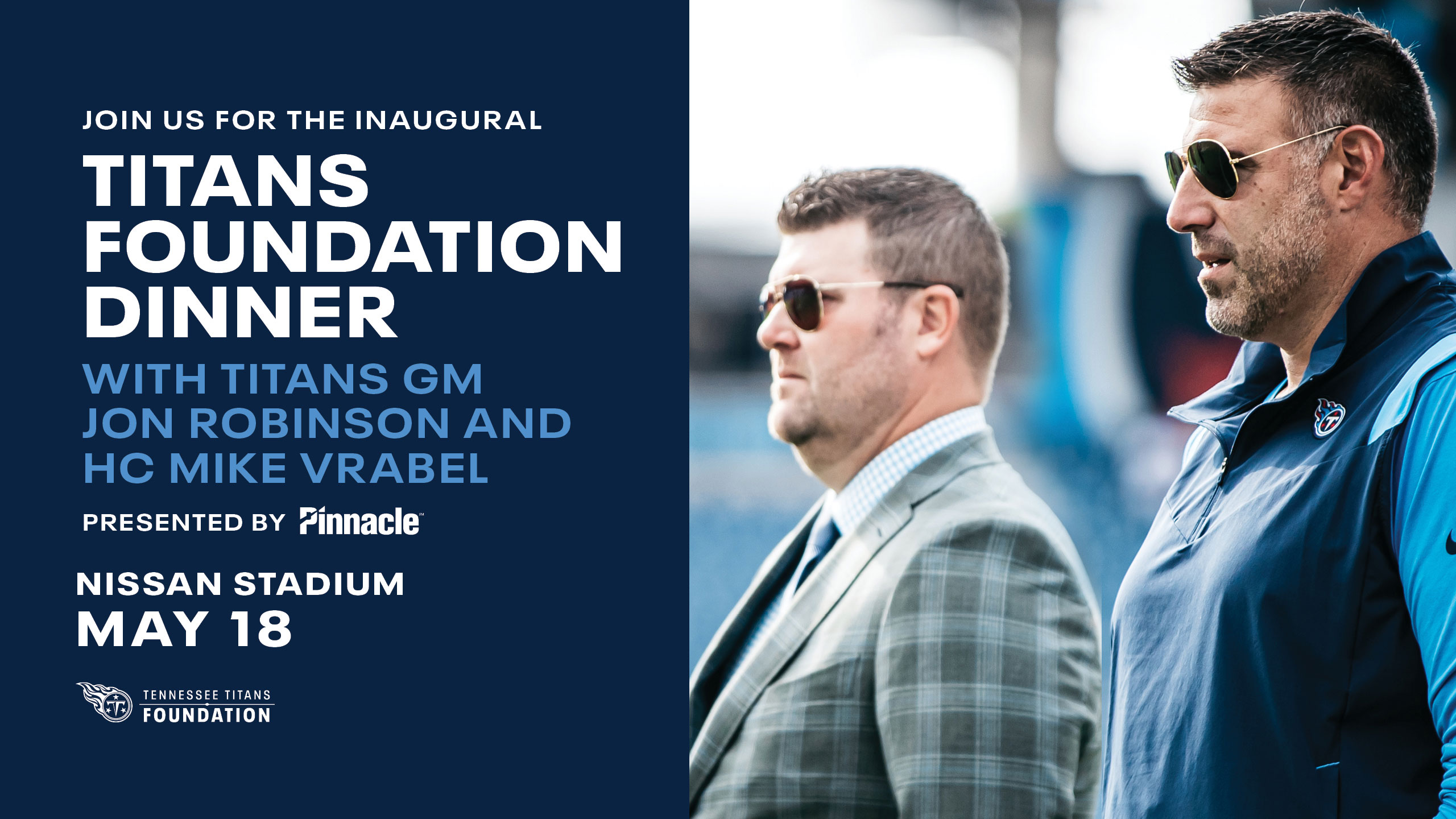 The Tennessee Titans will be honoring the work its charity does with the first-ever Tennessee Titans Foundation Dinner featuring General Manager Jon Robinson and Head Coach Mike Vrabel on May 18.

The Titans Foundation Dinner will also be hosted by Mike Keith, “Voice of the Titans,” along with the Titans Radio Team. Guests will meet with the entire 2022 Draft class, as well as other current Titans players and alumni. Additionally, exclusive live and silent auction items will be available for bidding.

“Since making the move to Tennessee, the Titans Foundation has contributed more than $20 million dollars directly back to the Nashville and statewide communities. We are thrilled to host an event that brings together Titans fans to benefit many great causes through the foundation,” says Ralph Ockenfels, Vice President of Business Development for the Titans. “This year’s event promises to be an action-packed evening guests won’t soon forget.”

Similarly, in 2021, the Titans Foundation hosted its Annual Kick-Off Luncheon, raising more than $150,000 for the foundation. $50,000 went directly to support victims of the Waverly, Tennessee floods.

The event will take place Wednesday, May 18 at 6:30 p.m. in the East Club at Nissan Stadium. Tickets can be purchased online with all proceeds going directly to the Foundation.