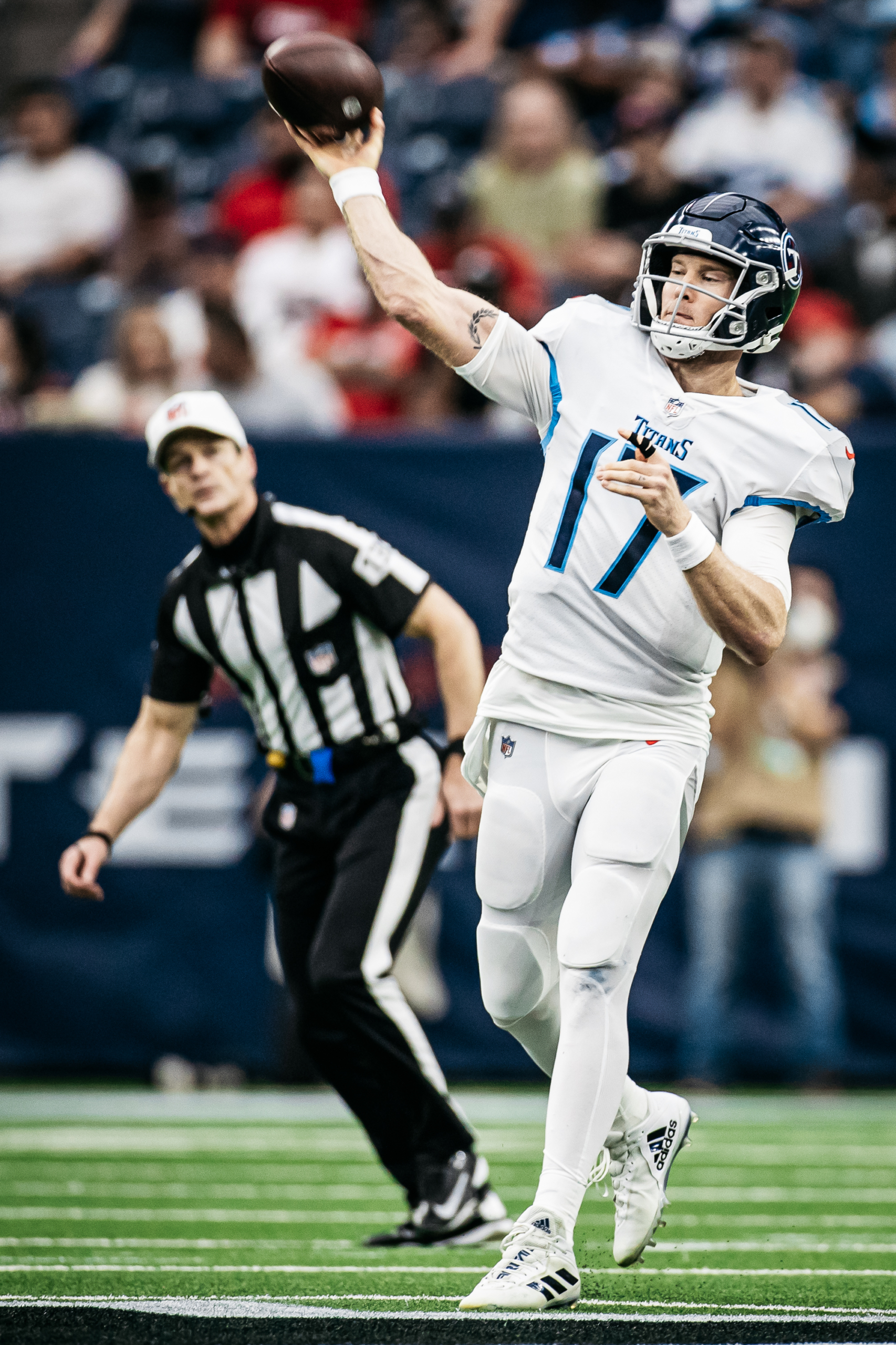 Ryan Tannehill finished off the regular season strong, being named AFC Player of the Week after throwing four touchdown for 287 yards in the Titans 28-25 win over the Texans on Sunday (Jan. 10.)

Tannehill had a quarterback rating of 138.9, his highest of the season.

“That was a hell of a job by Ryan,” said Titans head coach Mike Vrabel in a postgame press conference. “He came up with some huge plays. He was in command most of the day executing… We tried to hit some throws down the field. Unfortunately, we weren’t able to, but his ability to keep some plays live in the pocket was really cool.”

He continues, “We took care of the football. All credit goes the players and Ryan, obviously. Nick Westbrook [came] up with a huge play when we were leaking oil, and they understood the situation there at the end to be able to finish the game in four minutes.”

Tannehill has struggled at times this season, throwing 14 interceptions, his most since joining Tennessee in 2019 and double for what he threw last season. He had his worst game of the year against Houston on Nov. 21, throwing four interceptions. However, since then he’s only thrown two interceptions in the past six games and none in the past four.

Since the injury of Derrick Henry and the lack of offensive weapons for Tannehilly, the team’s defense showed up big in wins against Jacksonville and San Fransisco. These past two weeks, though, Tannehill showed off his offensive talent, leading the Titans to victory after a Houston rally late in Sunday’s game.

“We fell asleep at the wheel on both sides of the ball,” shared offensive tackle Taylor Lewan in a postgame press conference. “Tannehill willing us into that [game] was very impressive.”

Tannehill’s late touchdown and final drive first downs helped clinch the No. 1 seed in the AFC, giving the Titans a first round bye for the playoffs.