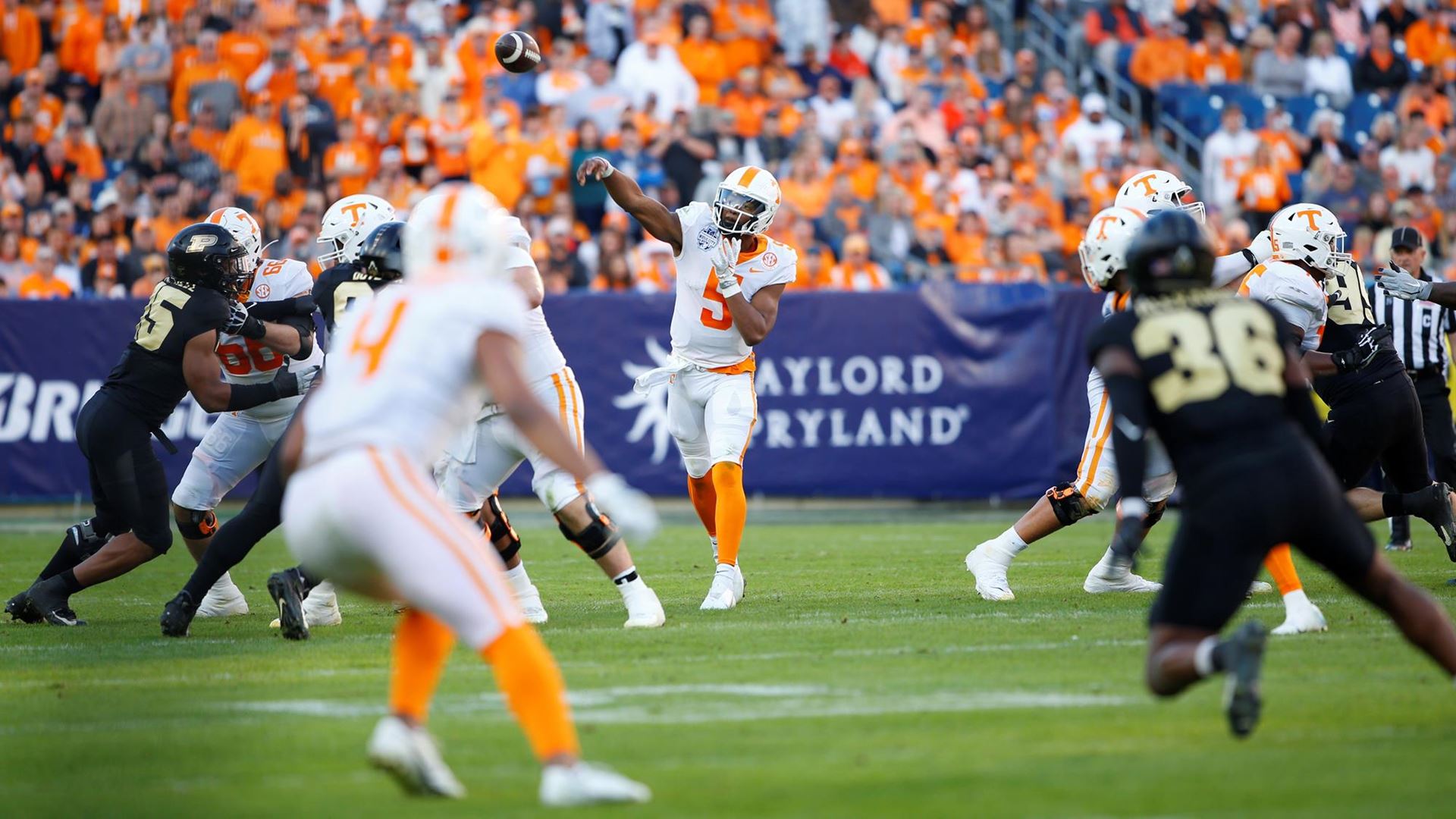 The 2021 TransPerfect Music City Bowl was one for the history books–not just for the exciting overtime game between Tennessee and Purdue, but also for the records the event broke.

Nissan Stadium welcomed 69, 489 fans, the most ever to attend a Music City Bowl.

“The passion of our fan base is just not surpassed anywhere in college football,” said Volunteers first year head coach Josh Heupel in a postgame press conference. “They were on fire. Driving up with the buses tonight was a special scene, as good as I’ve ever been a part of. [We] appreciate all of their support tonight and through the bowl season, but really all season long. [We] appreciated them being on this journey with us.”

The intense matchup ended after Purdue kicked a game-winning field goal in the team’s first possession of overtime with a final score of 48-45.

UT redshirt senior quarterback Hendon Hooker had a record-breaking night. He threw for a career-high 378 yards and five touchdowns, completing 26-of-41 passes with no interceptions. With the addition 56 rushing yards, Hooker set the Tennessee bowl record for individual total offense at 434.

This season’s Volunteers finished the season with a record of 7-6, and set program records for points scored (511) and touchdowns (67) in a single season.