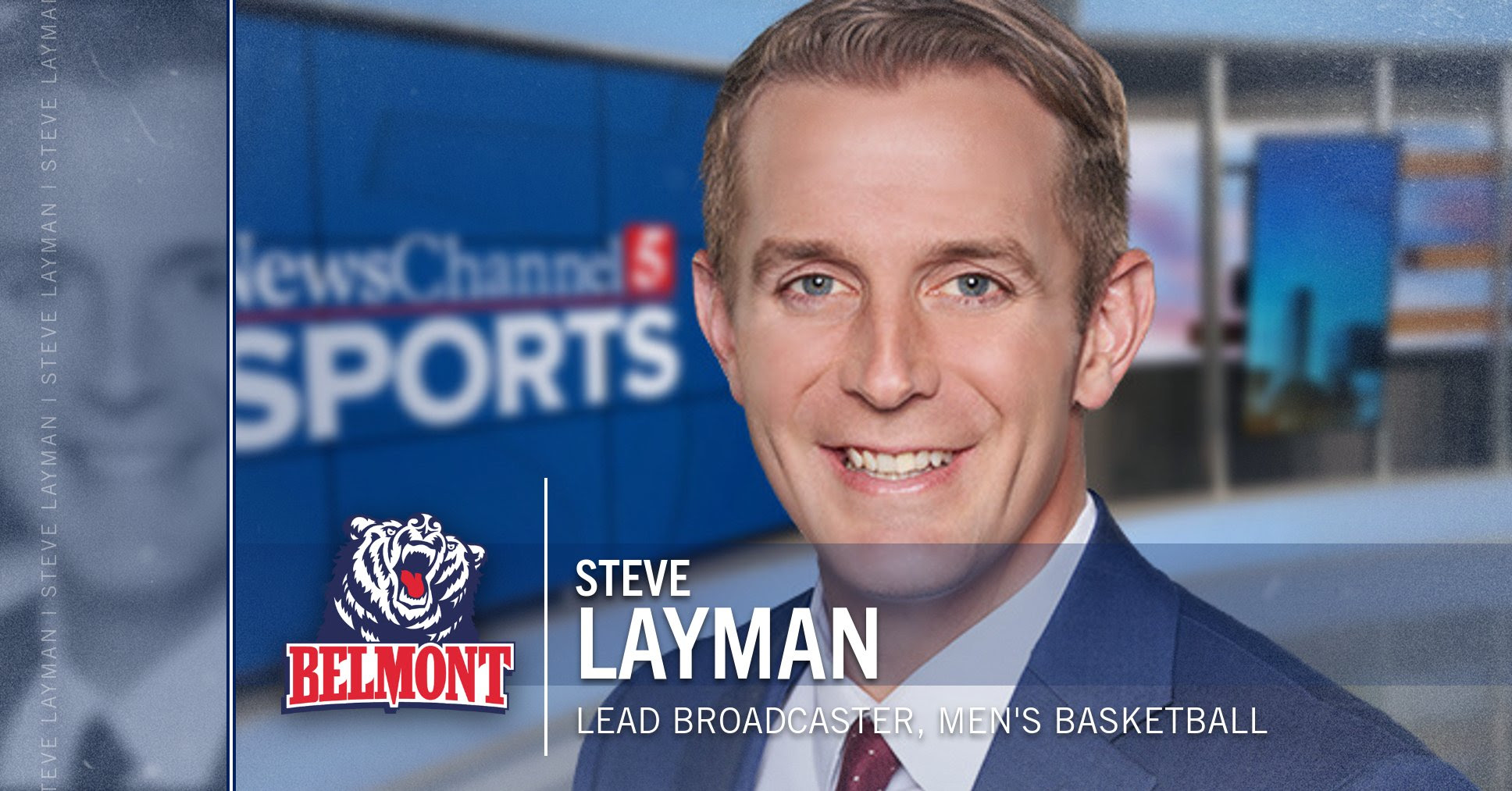 Belmont University welcomes NewsChannel 5’s Steve Layman who will serve as the lead broadcaster for the university’s men’s basketball team. The hiring comes just four days after John Freeman announced he was leaving the Bruins broadcast.

“Steve Layman is a respected, award-winning broadcaster who will elevate our men’s basketball broadcasts and program visibility,” says Belmont Vice President and Director of Athletics Scott Corley. “In his role as sports anchor at NewsChannel 5, Steve has earned a reputation as a versatile communicator and gifted storyteller. His play-by-play background and experience for the past decade covering Belmont men’s basketball will be tremendous assets.”

Layman will continue in his role as sports anchor at NewsChannel 5, the CBS affiliate in Nashville, who he’s been with since 2011. Laymen, a graduate of the University of Illinois, previously served as a play-by-play announcer for his alma mater athletics department on the Illini Sports Network and radio co-host of Sports Talk on WDWS-AM in Champaign, Illinois. He covered Illinois men’s basketball during its historic 2005 National Runner-Up season.

“I am thrilled to have the opportunity to call Belmont basketball games this winter,” says Layman. “There’s nothing like the thrill of calling a live sports event and college basketball is one of my first loves. To have the chance to live out those passions at a first-class university like Belmont is truly a blessing.

“I’ve watched with great admiration from just a few seats down press row over the last 11 seasons as Rick Byrd and now Casey Alexander have built one of the most successful programs in the country on the court with some of the brightest and most engaging student-athletes I’ve ever been around off the court,” he continues. “I’m humbled to have the chance to now be a part of this great program and can’t wait to get started.”

Layman hosts Sportsline on NewsChannel 5+ and has been a regular guest host on Nashville sports talk radio. He has been honored for best sportscast by the Associated Press and the Oklahoma Association of Broadcasters. He also received three OAB Awards for best sports special for his role as host and producer.

Layman will call his first Belmont game when the Bruins play Evansville on Saturday, Nov. 13. Tip-off is set for 4 p.m. CT from the Curb Event Center. The game will be broadcast on ESPN+, the ESPN app and the Bruin Sports Network.