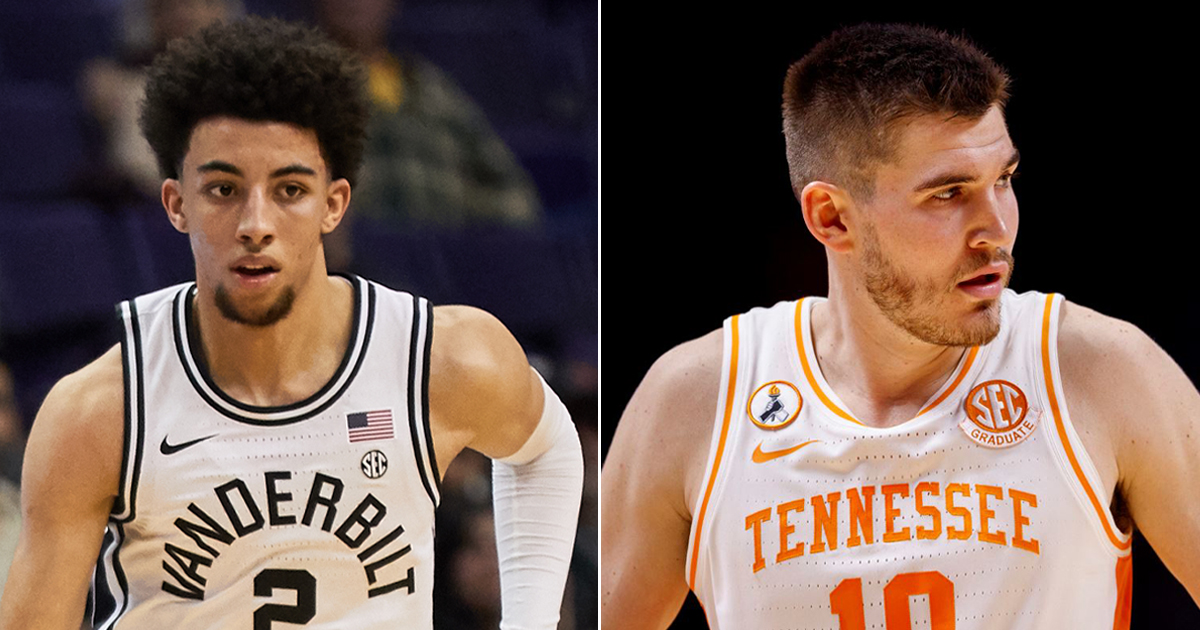 Coaches from the Southeastern Conference have voted for the first team All-SEC, selecting Scotty Pippen Jr. from Vanderbilt and John Fulkerson from the University of Tennessee.

Pippen, a Junior, has already received multiple preseason honors, among them being named SEC Preseason Player of the Year and being named to the Bob Cousy Watch List. He ranked third in the SEC and ninth nationally with 142 made free throws last season, and second in the SEC with 1.77 steals per game. He shot 42.8% from the field overall, 35.8% from 3-point range and 85% from the free throw line, leading the team in scoring 13 times.

Fulkerson, a Senior, is entering his sixth season at Tennessee, after playing 132 career games as a Vol with 62 start—including 55 of his past 56 games. A 2020 All-SEC Second Team selection, Fulkerson has averaged a combined 11.8 points and 5.7 rebounds per game during his two seasons as a full-time starter. Last season, Fulkerson led the Vols in field-goal percentage (.527) and was the team’s second-leading rebounder (5.5 rpg). His current .567 career field goal percentage is sixth in Tennessee program history. Fulkerson needs just 11 appearances to break UT’s all-time record for career games played and 125 points to reach the 1,000-point milestone for his career.

The Commodores and Volunteers face each other twice this year which will likely be highly competitive matchups. UT will visit Memorial Gym on Jan. 18, the second matchup will be on Feb. 12 at Thompson-Boling Arena.