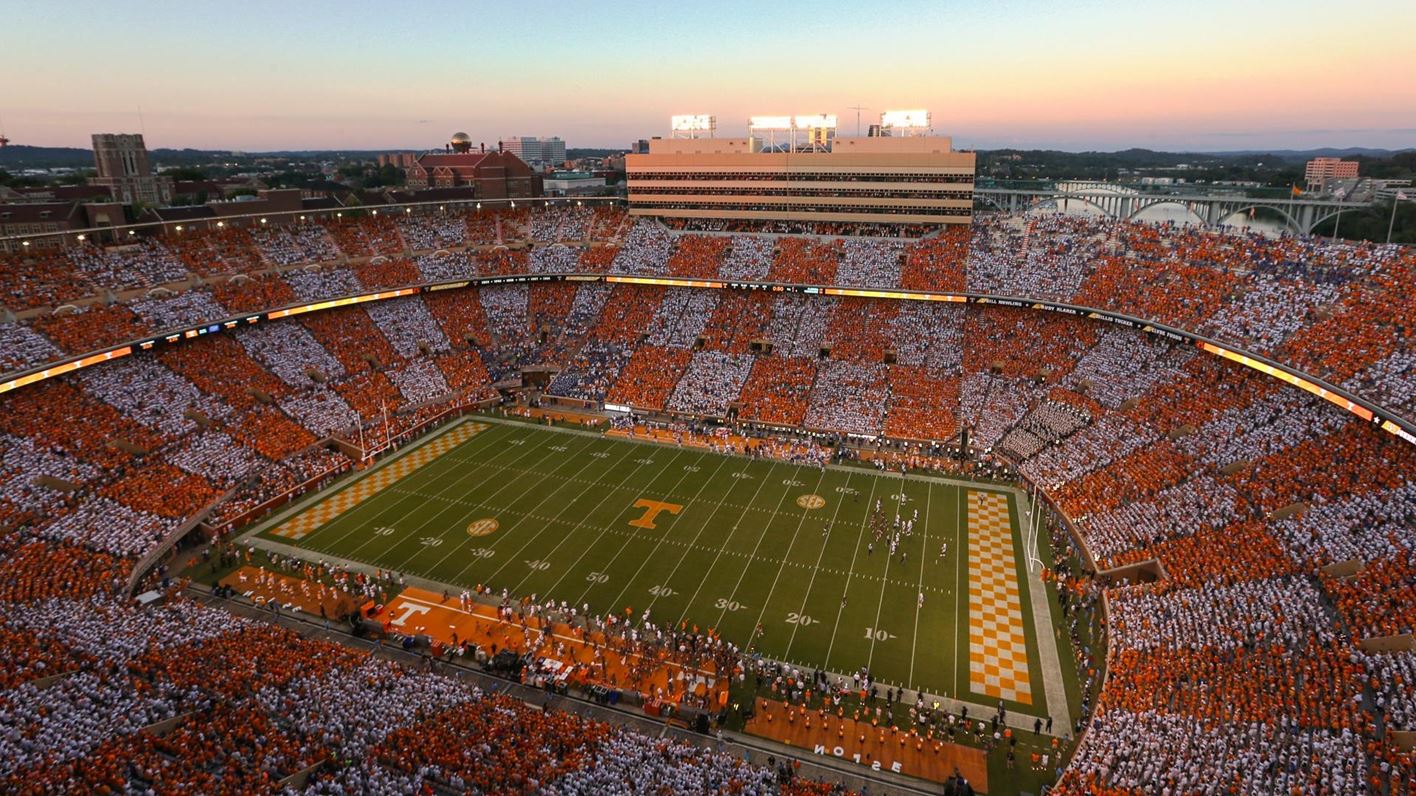 The University of Tennessee Volunteers are set to take on No. 13 Ole Miss on Saturday (Oct. 16) in front of a sold out Neyland Stadium with over 100,000 fans. This game marks the program’s first sellout since its Georgia game in September of 2017.

Vice Chancellor/Director of Athletics Danny White announced that Saturday’s contest will be a #CheckerNeyland game, showcasing Tennessee’s iconic checkerboard pattern through Neyland Stadium. The fan-driven initiative will be the fifth in program history and the first since 2017. Fans are encouraged to wear orange or white, depending on their seat location. To find out if your section is orange or white, click here.