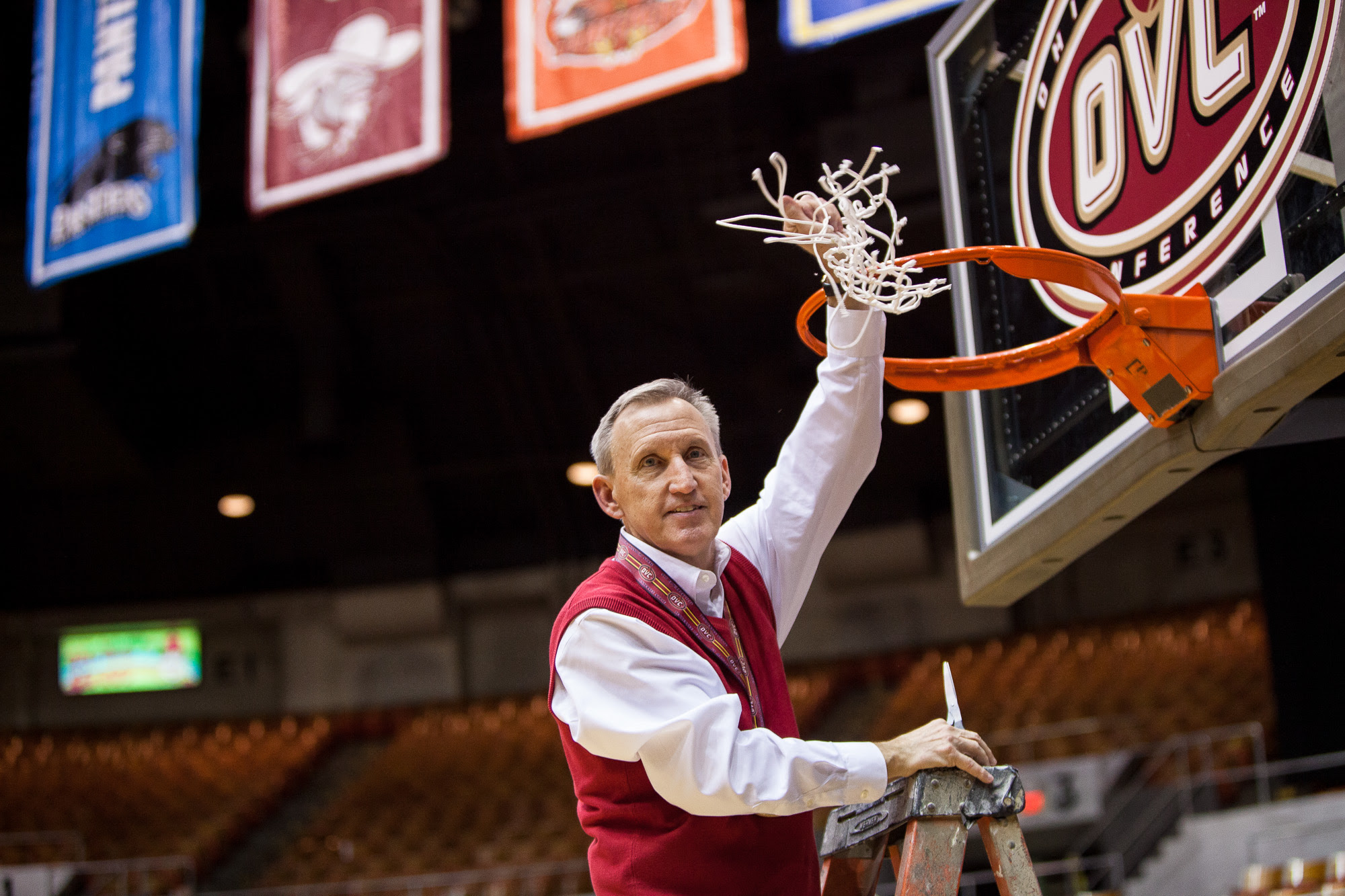 Former Belmont men’s basketball head coach Rick Byrd has been named recipient of the 2022 John R. Wooden Award Legends of Coaching honor. The award will be presented along with the Wooden Award Men’s and Women’s Players of the Year in April 2022.

“There is no coach in the history of the game of basketball that embodied excellence, integrity and humility like John Wooden,” says Byrd. “As a young man, I was certainly influenced by his remarkable coaching success, but even more so by his personal character and Christian commitment. The examples he set have stayed with me throughout my coaching career and personal life. I am overwhelmed and grateful to be named the recipient of the John R. Wooden Legends of Coaching Award for 2022.”

Byrd, a Naismith Memorial Basketball Hall of Fame induction candidate, led Belmont to national prominence in both NCAA Division I and NAIA. He ranks 12th all-time among NCAA Division I head coaches and retired with 805 career victories.

First handed out in 1999, Wooden Award Legends of Coaching distinction is regarded as the highest honor in collegiate coaching. Former recipients comprise a veritable who’s who in the history of college basketball, including Mike Krzyzewski, Pat Summitt, Geno Auriemma and inaugural recipient Dean Smith.