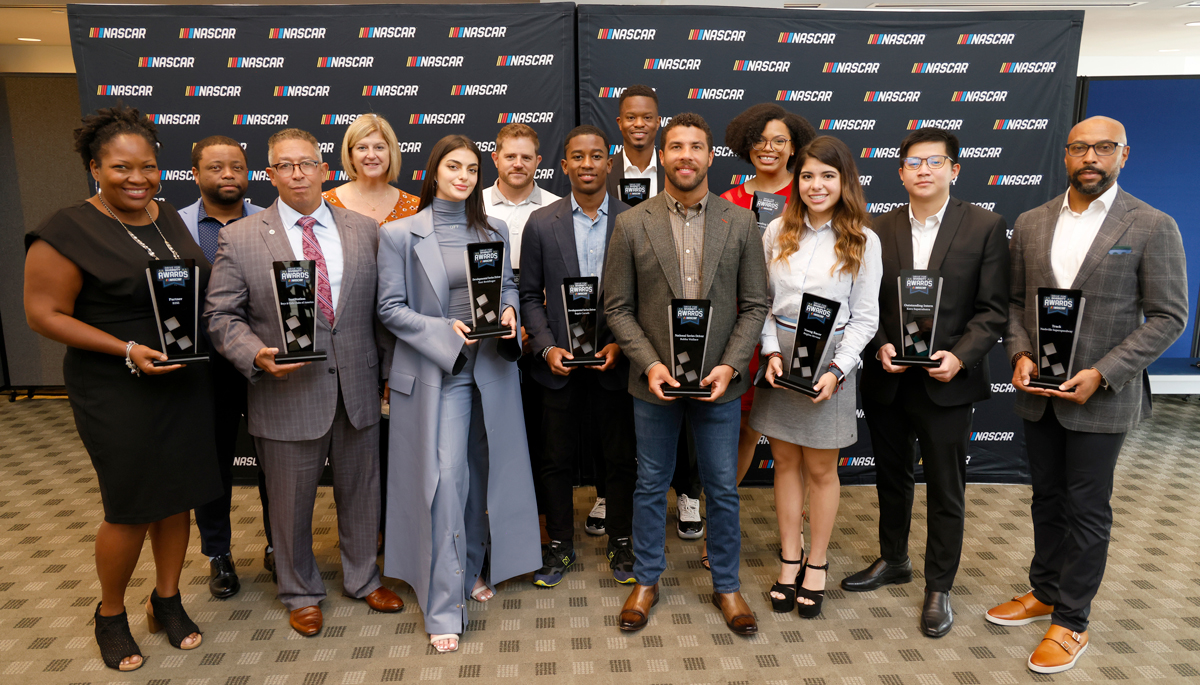 The Nashville Superspeedway (NSS) was received the Track Award at the 2022 NASCAR Drive for Diversity Awards for its efforts to support diversity and inclusion, as well as its results in reaching new audiences for motorsports throughout Middle Tennessee.

The superspeedway hosted a triple-header weekend this year, which included the Camping World Truck Series, the Xfinity Series, and the NASCAR Cup Series for the first time in 10 years, selling out the inaugural Ally 400.

“We’re honored to receive this recognition from NASCAR’s Drive for Diversity program,” says Nashville Superspeedway President Erik Moses, the first African-American track president in NASCAR history. “Building our fanbase and expanding our cultural footprint is not only a goal for NASCAR as an industry but for our track in Middle Tennessee as well. As we continue to build upon the foundation of our inaugural NASCAR Cup Series weekend, Nashville Superspeedway looks forward to working with more community groups and welcoming new fans to the sport and our campus.”

In partnership with Ally Financial, NSS contributed $25,000 to the Urban League of Middle Tennessee, a historic civil rights organization, and $25,000 to Box 55, which supports first responders in Nashville.

Along with the superspeedway, Nashville-based NASCAR team Trackhouse Racing received the Team Award. The team debuted in the NASCAR Cup Series in 2021 with Mexico native Daniel Suárez behind the wheel of the No. 99 Chevrolet Camaro.

Behind team owner and founder Justin Marks and partner Pitbull they aim to promote diversity and inclusion and introduce new fans to NASCAR. Throughout their inaugural season, Pitbull and Suárez have engaged in various ways with the Hispanic community.