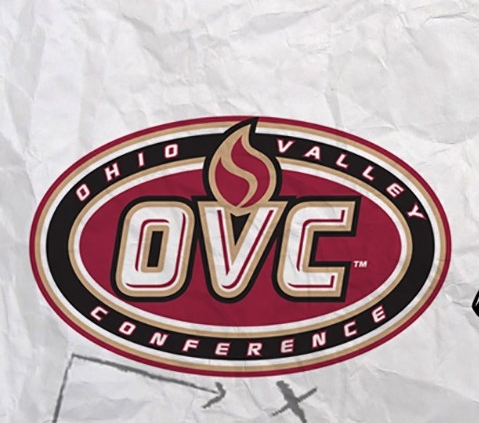 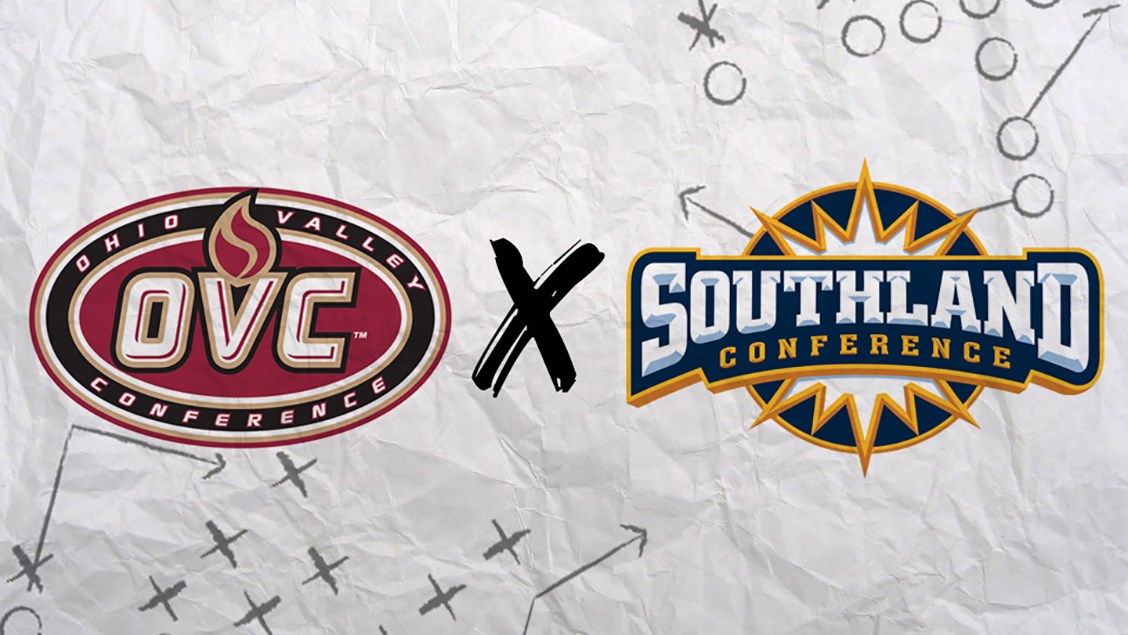 The Ohio Valley Conference has made a football scheduling partnership with the Southland Conference. This alliance comes after Jacksonville State, Eastern Kentucky University, Austin Peay and Belmont announced its departure from the OVC.

This collaboration will see institutions from each conference fill non-conference dates in the next two years with a focus toward competitive balance and reasonable travel.  In addition to providing quality Division I FCS non-conference matchups, the alliance will allow increased visibility, exposure and branding for each Conference.

“Our Presidents, Chancellors and Athletic Directors have enthusiastically supported this alliance,” says OVC Commissioner Beth DeBauche. “We are delighted to work together to promote one another and provide a quality student-athlete experience. This partnership strengthens not only both football leagues, but the FCS overall with quality non-conference matchups. Given the changing Division I landscape, this demonstrates ways that conferences can collaborate to support one another.”

“We greatly anticipate the possibilities of a beneficial partnership with the Ohio Valley Conference,” says Southland Commissioner Tom Burnett. “The Southland presidents and athletic directors have found this to be an exciting competitive opportunity with their OVC peers, and we all look forward to some outstanding and meaningful FCS crossover games during the next two seasons. We all appreciate the strong level of interest and cooperation between our two leagues.”

More specific details, including game matchups in 2022 and 2023, will be announced at a later date. 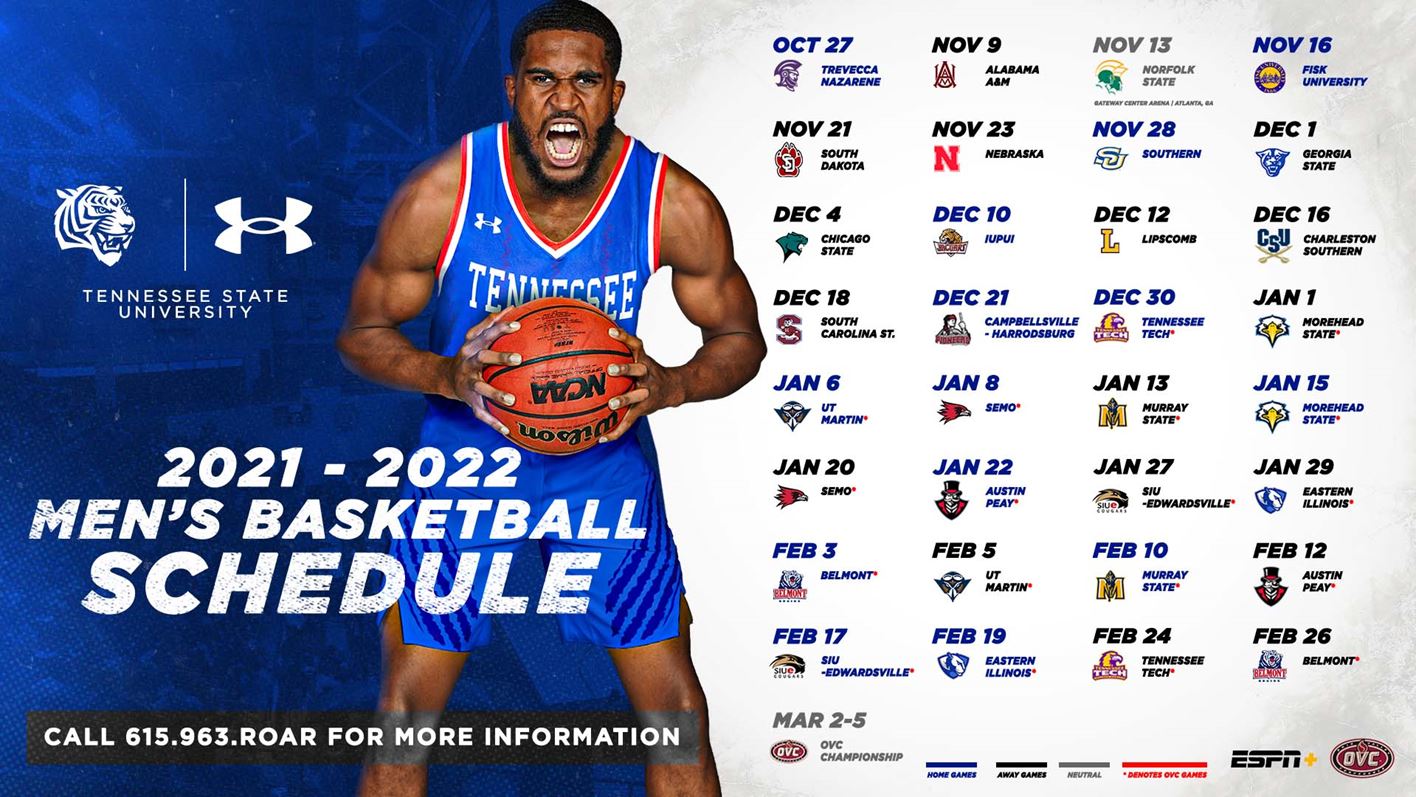 Tennessee State University (TSU) has dropped its schedule for the 2021-22 season, which will feature 13 home games and big ticket matches against Nebraska, Lipscomb and Georgia State. TSU opens its 41st basketball season against Alabama A&M in Huntsville on Nov. 9; followed by a neutral-site contest in Atlanta against MEAC Champion Norfolk State on Nov 13.

Fans will have an opportunity to see the Tigers at the Gentry Center play hometown rivals in the home-opener against NAIA member Fisk University in the Battle of Jefferson Street on Nov. 16. TSU is 20-3 all-time against Fisk and is riding a 12-game winning streak over the Bulldogs after a 99-65 victory on Nov. 18, 2019.

OVC kicks-off at the end of December versus Tennessee Tech on the 30th. The Gentry Center on Saturdays in January will welcome games against Southern Missouri (Jan. 8), defending OVC Champion Morehead State (Jan. 15), and Austin Peay (Jan. 22). The Tigers will flip-flop games in February with three of four games on Thursday evenings against Belmont (Feb. 3), Murray State (Feb. 10), and SIU-Edwardsville (Feb. 17). Senior day is slated for Saturday, Feb. 19 vs. Eastern Illinois. 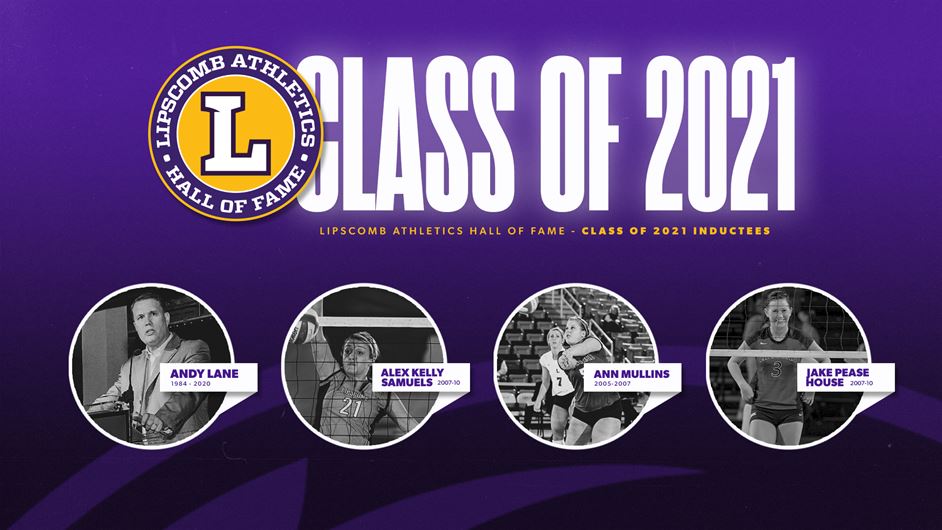 Lipscomb University Athletics has announced the addition of four inductees into the department’s Hall of Fame.

Mullins, Samuels and House were all ASUN Volleyball Champions and have been inducted in the ASUN Hall of Fame for their success at Lipscomb and in the conference.

The Hall of Fame ceremony will take place on Saturday, Nov. 13 at noon in the George Shinn Event Center on the Lipscomb Campus. Tickets are $25 per person and tables of eight may be reserved for $200.