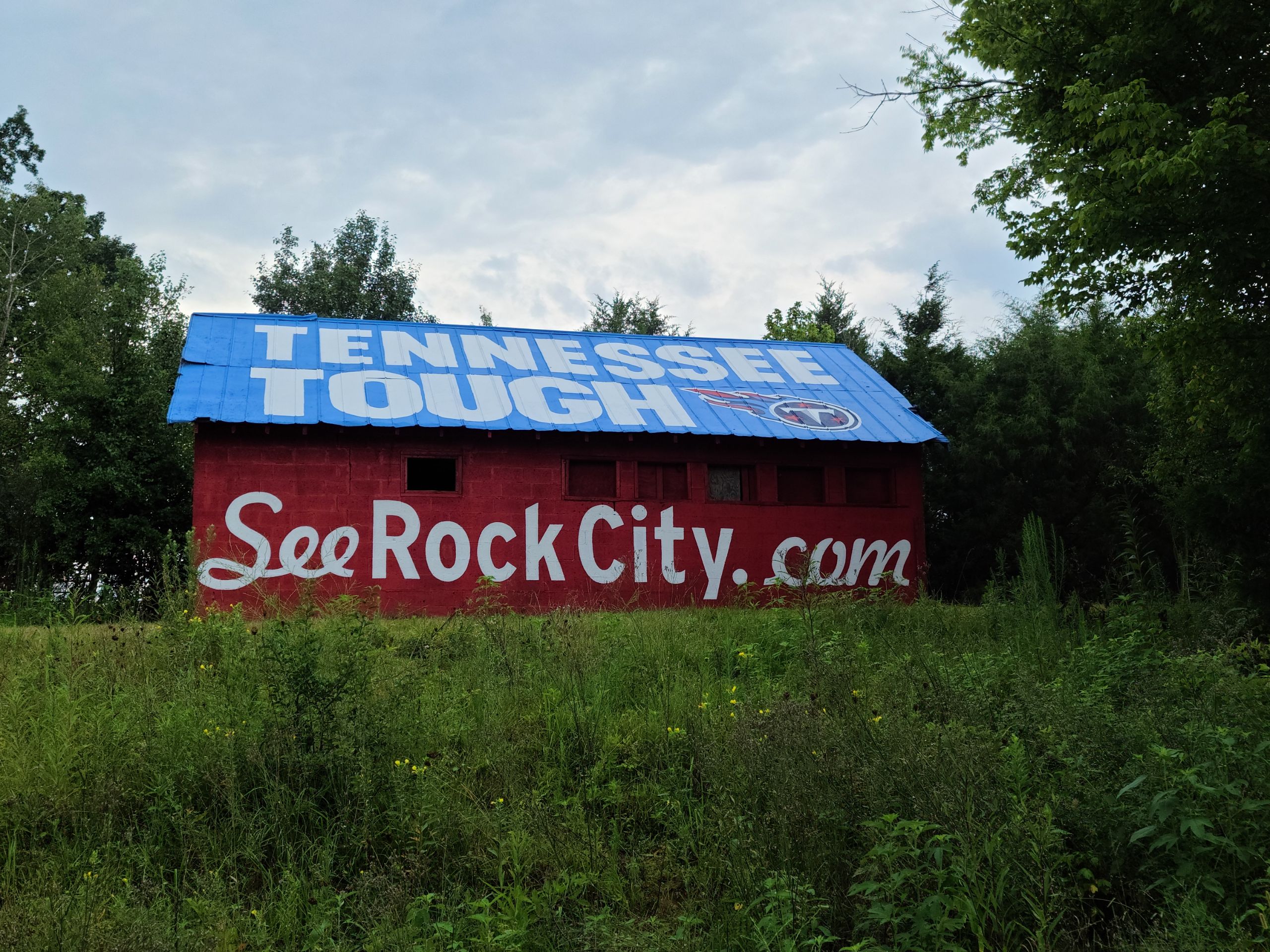 The barns were painted by visual artist doughjoe, a member of Nashville’s Norf Art Collective, and took roughly a month to complete through multiple storms, including Tropical Depression Ida.

“The Titans are proud to represent the entire state of Tennessee, and we are honored to partner with See Rock City to celebrate the legacy of these historic barns,” says Gil Beverly, Titans Sr. Vice President, Chief Marketing & Revenue Officer. “See Rock City barns are treasured pieces of Tennessee history and a big reason why that corner of our state is so widely renowned. We’re excited to be able to give these three a little extra shine and celebrate the start of our season with Titans fans in East Tennessee.”

See Rock City barns first appeared in 1936, brainstormed as a marketing tool by Rock City Gardens founder Garnet Carter and painted by American sign painter Clark Byers. The barns, numbering 900 at their height, quickly turned into Americana icons and drove visitors from around the country to Lookout Mountain. Today, approximately 50 barns remain, with the remaining majority in Tennessee.

“I love our Tennessee Tough collaboration with the Titans organization as they continue to cement their commitment to the people of east Tennessee,” says See Rock City President and CEO Susan Harris. “As a fan of the team, I’ve seen the work they’ve done in Nashville and I appreciate their desire to branch out to our part of the state.